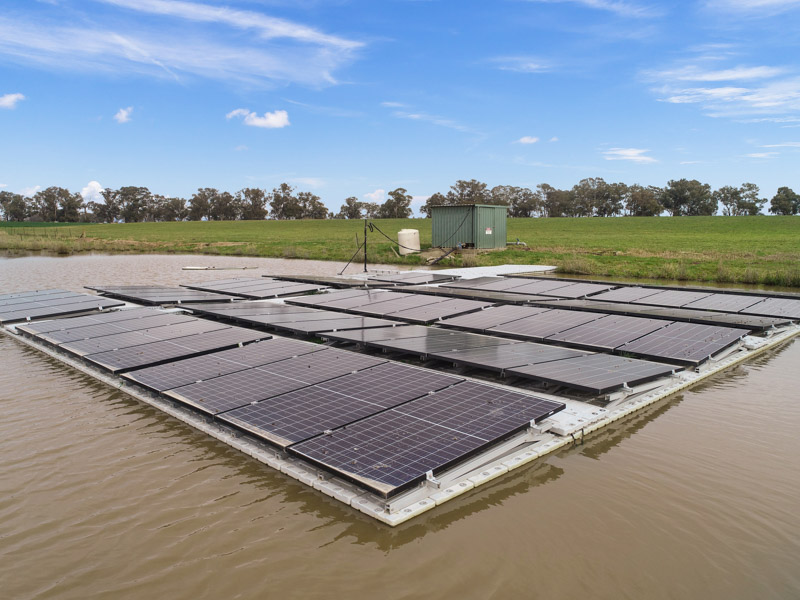 A Melbourne-based company is eyeing off the Latrobe Valley to manufacture and install floating solar panels on the region’s open cut coal mines.
FloatPac Solar is in talks with the region’s major energy companies to install the technology at the Valley’s three mine sites and the Hazelwood cooling pondage.
It also includes discussions with Loy Yang A operator AGL as the company plans to eventually transform the coal-fired power station into a low-carbon
industrial energy hub.
FloatPac Solar chief executive officer Gavin Hodgins outlined the plans at a webinar on Monday night at a magazine launch led by Communities Leading Change talking about transition beyond coal.

Mr Hodgins said the Mount Waverley company was in the midst of carrying out desktop analysis with strategic plans to build a factory in the Valley in the next two years.
“Depending on how big the opportunities are, we are talking about 1500 jobs in the Latrobe Valley, a mix of manufacturing and commissioning,” Mr Hodgins told The Express.
“We are talking about large assets, particularly around what happens at Hazelwood.
“On the Hazelwood Pondage, we could put 300 megawatts on it straight away.”
Floating solar can be installed on any landlocked water body without the need to take up land.
Mr Hodgins said floating solar panels could help stop water from heating up, reducing evaporation or algal blooms by acting as a sort of large umbrella over the water.
He said this could mean it could
maintain water quality in the Hazelwood mine, depending on plans to fill the pit the water.
Mr Hodgins said FloatPac was about to unveil a 1.3 MW system in northern Victoria, with a 1.7 MW system in Queensland and another in Tasmania.
He said the technology had taken off internationally – growing from 35 MW in 2015 to 2.6 gigawatts globally in 2020 – but was just establishing itself in Australia.
“Floating solar lends itself to both protecting water and generating power off it. It also lends itself to local manufacturing and it makes commercial sense to manufacture locally,” Mr Hodgins said.
“In the Latrobe Valley … the infrastructure is already there, it’s just literally plug in and play. It’s a significant opportunity. We know the market demand is there.”