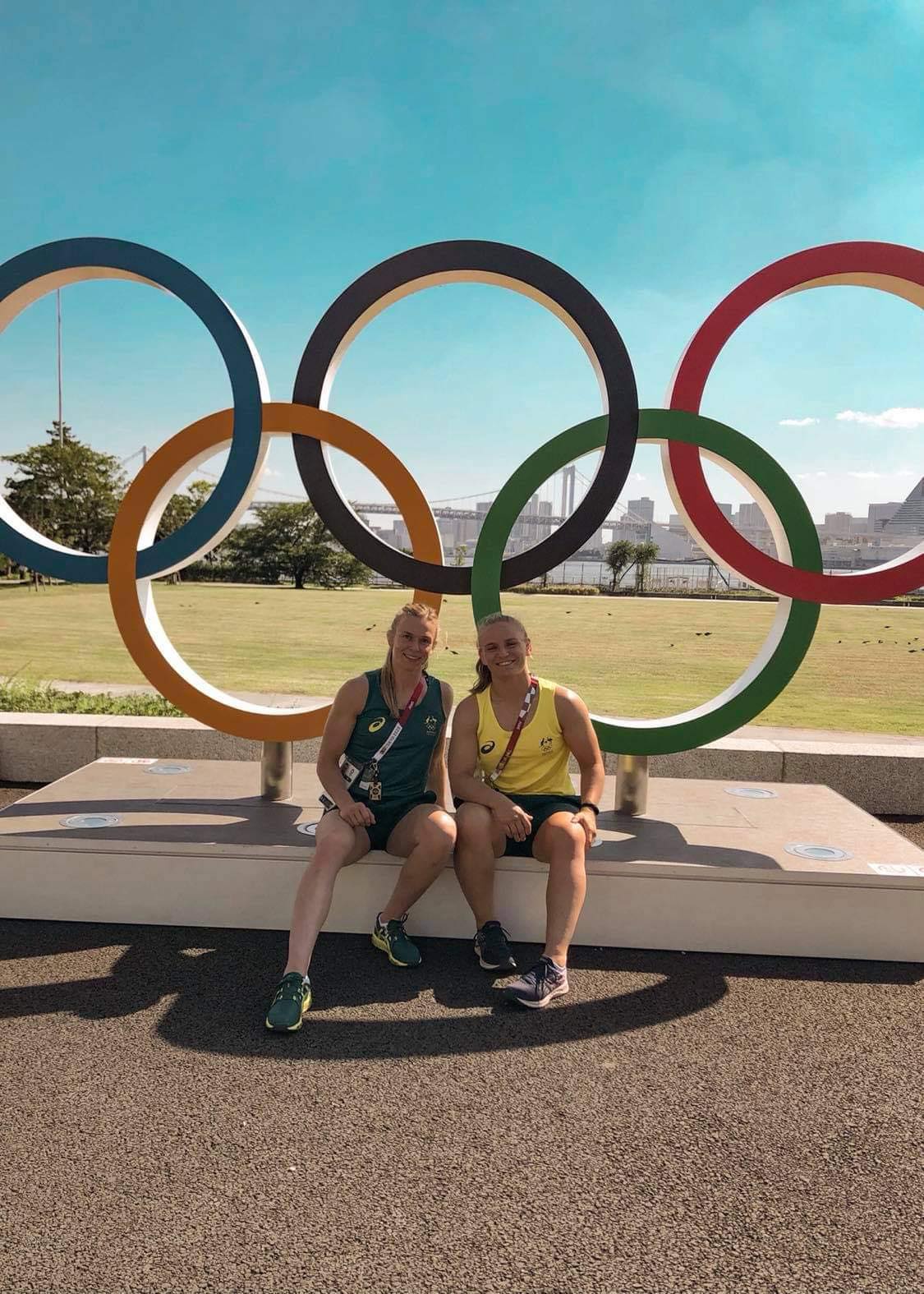 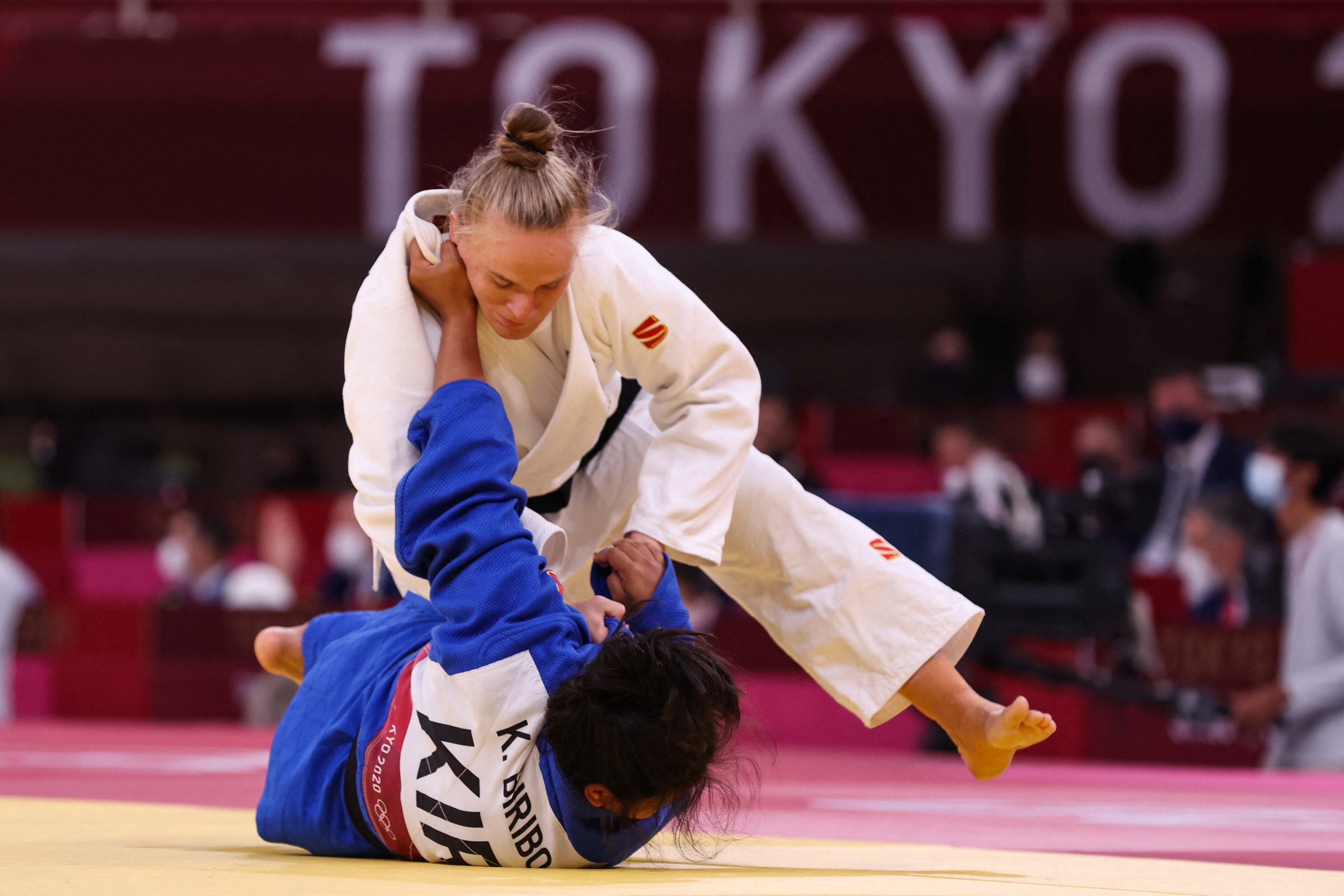 Traralgon local Aoife Coughlan recently lived out every young athlete’s dream, taking to the Judo mat to compete in the 70kg category at the Tokyo 2020 Olympic Games.

One-of-three Australian Judoka’s to make the trip over to Japan as part of the Olympic team, Coughlan rubbed shoulders with the best athletes international sport has to offer in what can only be described as a whirl-wind week for the 25-year old.

After making it to the Round of 16, registering one win and one loss, she now finds herself back on Australian soil completing the final days of her hotel quarantine in Melbourne before reuniting with her friends and family.

Speaking with The Express, Coughlan detailed the lead up to her competition day and the sense of pride she experienced stepping up to the illustrious Olympic mat.

“I obviously had some nerves (waking up on that morning) because it was the biggest competition of my career so far, but surprisingly it wasn’t as nerve racking as I thought it might be and funnily enough I was very calm heading to the arena for the competition,” Coughlan said.

“I was a little bit nervous being in the village around all these great athletes, but once I was in the Judo venue I felt that sense of comfort as it was my sport and what I love doing so from that point on I wasn’t too nervous but more excited.

“(Walking up to the mat for the first time) was pretty surreal, normally in Judo you just walk out and step onto the mat but at the Olympics they build a platform up so you are stepping up and on, so that was definitely a bit different but also very exciting and I was so proud to be representing Australia at the Olympics.”

Facing Kiribatian judoka Kinaua Biribo in the first round, Coughlan would easily account for the world 177 before unfortunately falling to highly touted German competitor Giovanna Scoccimarro.

She recalled how she felt both fights went and what it was that ultimately brought about her undoing.

“The first fight was mostly about following the process and getting my feet on the mat and under me and into the competition day and I was happy with how it went and how I processed all of that,” she said.

“Then moving onto the second fight and the first few exchanges were good, I was in a good position and controlling it, but she (Giovanna) was a bit more aggressive to start with then we were expecting and then the exchange where I ended up getting thrown I made a mistake tactically stepping the wrong way – that enabled her to explode into the throw and she caught me fair and square.”

Reflecting back on her Round of 16 exit, Coughlan explained the range of emotions she has been living through for the past two weeks.

“Initially I was pretty shattered with how it went and now that I have had some time to look over it and assess it I am still very disappointed with how it ended up finishing for me, it is not how you want your Olympics to go,” she said.

“But I look back over the past six months since we restarted competition and I am very proud of what I have done, the Olympics was a bad day for me but it was only one bad day in a sea of really good days and at the end of the day this experience has made me hungrier for the next one.”

Away from the mat, the Olympics offered up many other incredible experiences, including being part of the opening ceremony with the rest of the Australian team.

She recalled the iconic event and a conversation she had with one of Australia’s most decorated athletes.

“It (the opening ceremony) was very cool and definitely a highlight, it was a little bit different to how you would usually expect it having no crowds, but it was still a great experience and watching Cate Campbell and Patty Mills carry the flag out is something I am very grateful for,” she said.

“While we were waiting around I got to have a chat with a few of the other Aussies which was great, I had a really great conversation with Jess Fox, she is a lovely woman, a great athlete and was very friendly to the debut athletes so it was great to lean on her experiences.”

A key point of interest for all Olympic fans, she also detailed what life was like living in the coveted village.

“We all had apartments and rooms within the apartments so I had five other girls with me including my teammate Katharina (Haecker) as well as the two beach volleyball girls who got silver and it was fantastic to pick their brains, as well as the three BMX girls who were also fantastic,” she said.

“You are pretty well stuck to your own country’s tower, and with the COVID there wasn’t a lot of mingling with other countries – but all of the Aussies were super friendly and it was very easy to stop and have a quick chat with them, and being around so many elite athletes was very surreal.”

Looking back on her time in Tokyo, she pinpointed two moments that stood out as the highlights of the week.

“When I got my uniform when I first arrived and trying it on was very exciting and was something I will probably remember for a long time putting on that Australian Olympic kit and it suddenly being very real,” she said.

“Then just stepping onto the Olympic mat for the first time was incredible and even though it wasn’t the competition I wanted, it will always have a special place in my heart as it was my debut and I am very proud to have been part of the Olympic team.”