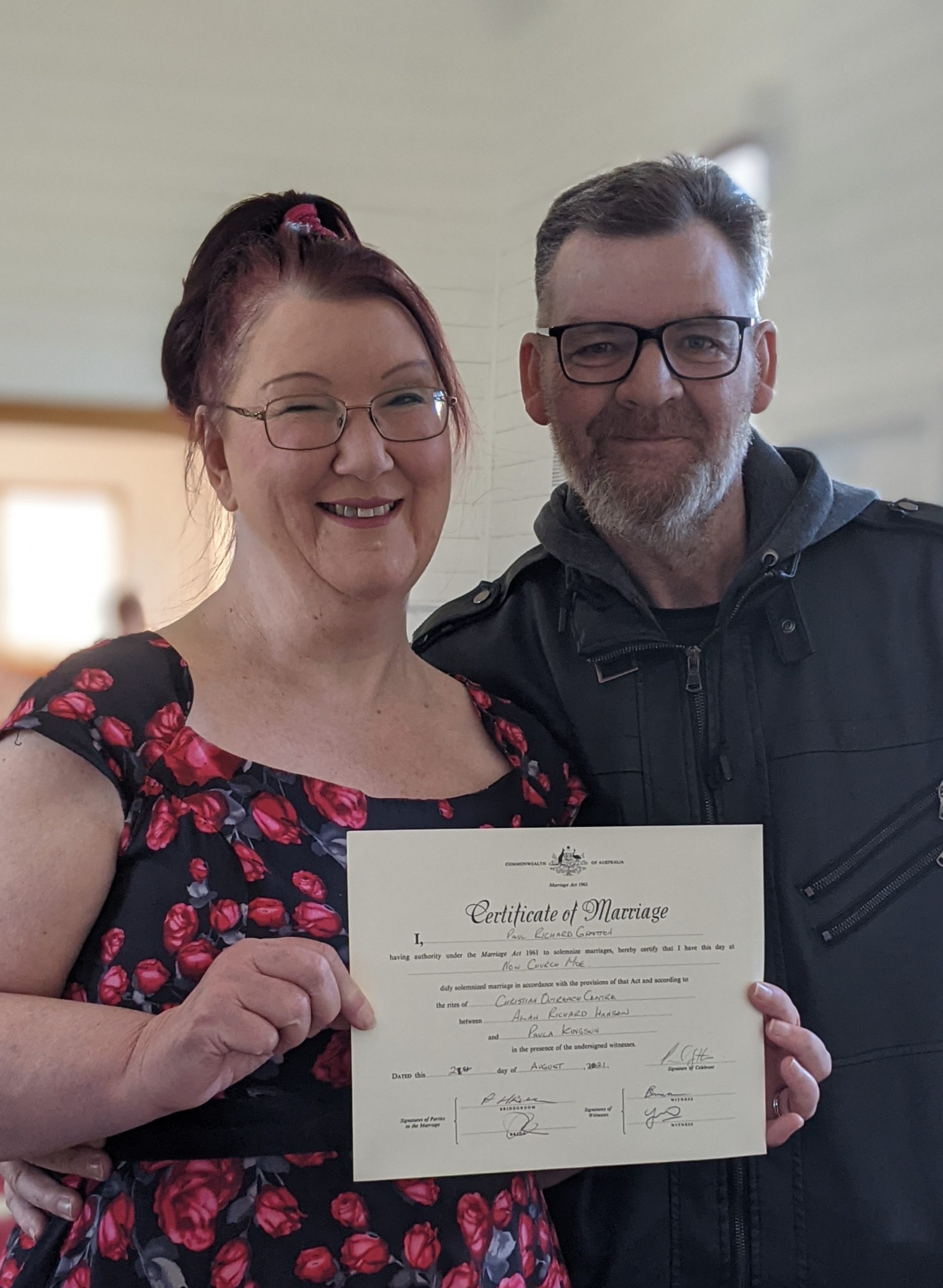 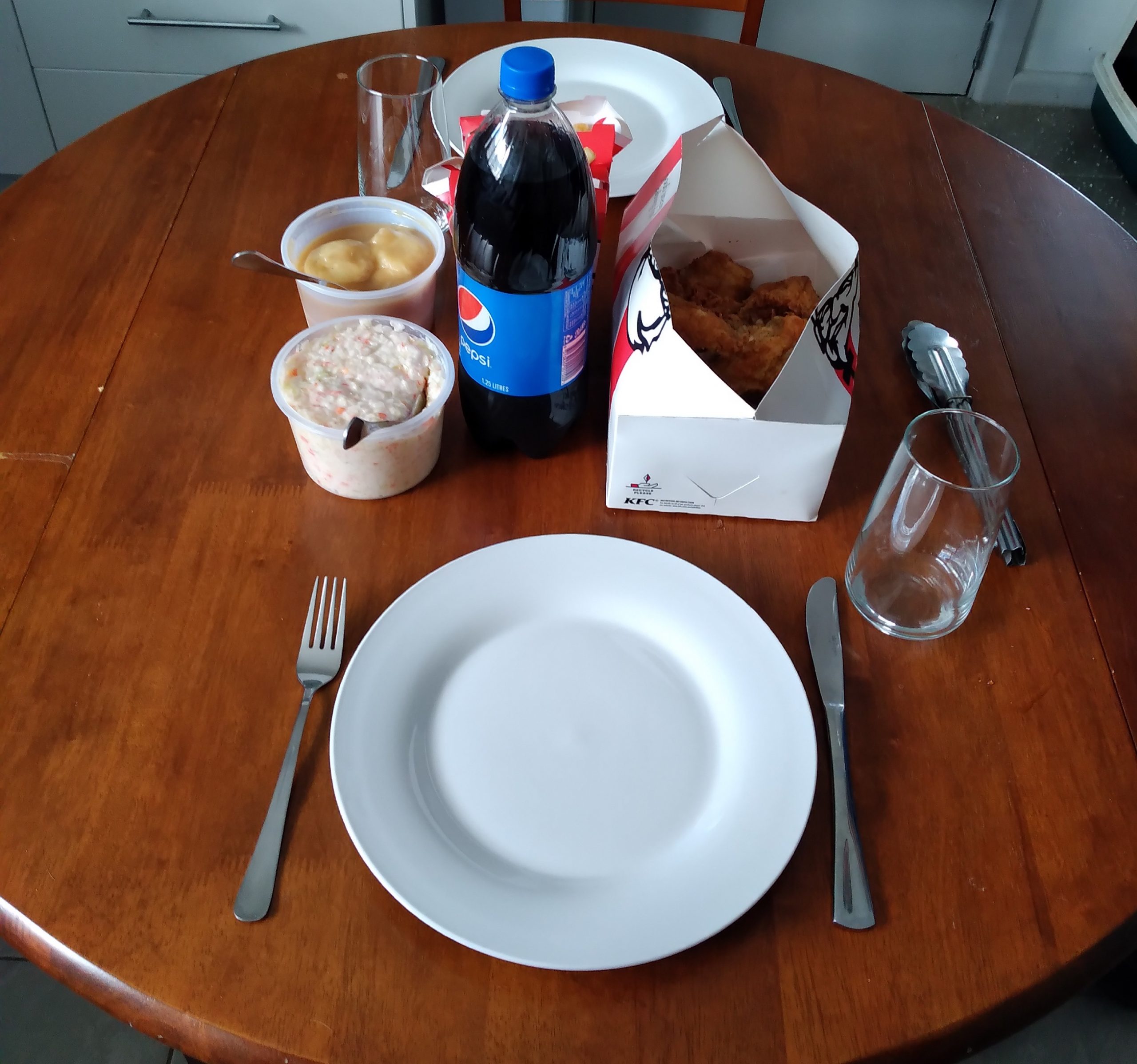 MORWELL’S Paula Hansen never dreamed her wedding day would turn out the way it did on Saturday afternoon.

However, after Premier Daniel Andrews suddenly plunged regional Victoria into its seventh lockdown, Mrs Hansen and husband Alan were forced to make the quick decision to ditch their original ceremony scheduled for this coming Saturday and tie the knot before the 1pm deadline came into effect.

Speaking with The Express, Mrs Hansen described what was a very eventful day.

“We were supposed to get married this Saturday, so last Saturday we decided to pull everything out and move all of Alan’s stuff into my house – all my clothes were all over the bed, the kitchen was a mess and then the news comes on that we are going into lockdown and we have two hours to get married,” she said.

“Immediately we were stressing about how long it was going to take, because last year it was over six months, and we would have to move all of his stuff back out of my house – so we had a chat, thought about it and just said ‘let’s go do it’.

“So we rang my pastor to see if he was around and he was in Moe, then we had to work out who lives in Moe from church so we grabbed two couples as witnesses and we got the wedding happening.”

Making the quick dash from Morwell to Moe to get to Now Church, Mrs Hansen explained how the wedding was set up.

“We weren’t able to go into the church, because with the amount of time it takes to get everything set up we would have run out of time – so we went into the playgroup room and stood in front of the pool table with a cloth over the top of it,” she said.

“We said our vows, but I decided not to wear my wedding dress, so I put on my rock and roll dress and poor Alan couldn’t fit into his jeans because he has been sick recently and lost so much weight!

“He had to wear three t-shirts under his jacket to hold his jeans up.

“It was lovely though and we said our proper vows, the pastor officially married us and then it was 12.45pm so we got in just in time.”

Mrs Hansen said there were a host of different obstacles that faced the desperate couple when organising a wedding with just two hours’ notice.

“Well firstly I was in my house work clothes, so I had to quickly get changed and make myself look nice to get there in time,” she said.

“We were also racing against the clock the entire time, in just two hours we had to track down the pastor, find people to be witnesses and set up the church playgroup room – so in the end it was quite funny and stressful at the same time.”

Finishing the ceremony some 15 minutes before the lockdown began, the couple had one last stop to make before indulging in an unusual post wedding feast.

“After the wedding we didn’t have much time to get back to Morwell and I thought we should eat something nice so we ended up going past KFC, so we ended up ordering a family feast and that was our little reception,” she said.

Mrs Hansen said although the experience wasn’t quite what she had dreamed, she was happy to now be officially married.

“I am absolutely happy (we got it done), there is a part of me that is disappointed we didn’t have the whole ceremony and I didn’t get to wear the dress, and I was going to sing walking down the aisle which was going to be a nice surprise for Alan,” she said.

“We are still planning to have another wedding next year where we can hopefully share the day with all of our families, which will be really nice.”