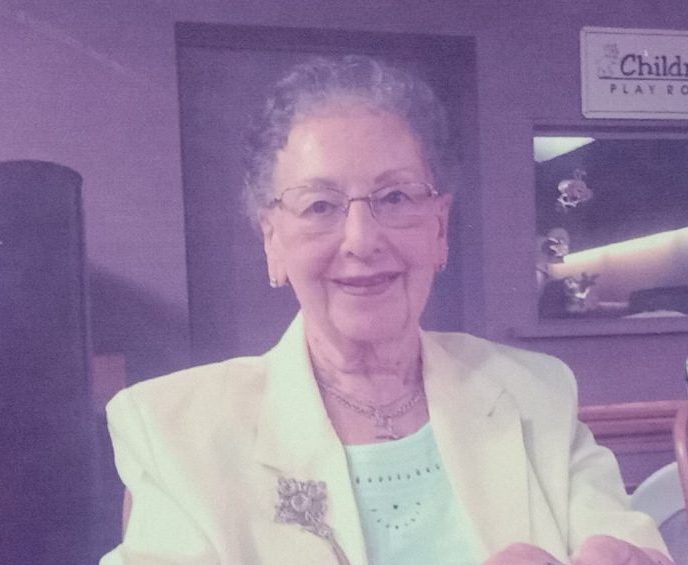 In 1945, Ada and Reg moved into their first home, a tiny two room shed on land on the Ridge in Morwell.
It had no power, and water was supplied by hose from her dad’s adjoining block.
I cannot help but compare these humble lodgings with modern day expectations of what a first home should be, typically a McMansion with sumptuous fittings, a theatre room, and outside a huge shed full of boy’s toys.
Ada was proud of her new home; she set about turning it into a cosy haven for her young family.
By this time, Ada was back at work, scrubbing floors and taking in
washing and ironing, usually business shirts for some of the businessmen in town. Always she would have Gordon with her.
She had a pushbike for getting to jobs, sometimes all the way out to Yinnar, and she became a familiar sight riding round the district with little Gordon perched on the back.
In 1947, when Gordon was about four, the SEC again intervened in Ada’s life, wanting to acquire her land for workman’s quarters for Morwell Briquette and Power Station.
Ada wasted no time cursing her luck, but went straight out and found another block in Maryvale Road, near the intersection with Hourigan Road, which she purchased with cash for 50 pounds, a tidy sum. Ada had heeded her mum’s words and was a diligent saver.
Then Mr Muller, an old German friend from the Morwell River days, came to her aid and offered to move the little shed from the Ridge to the new block with his tractor and dray.
The young family settled well into their new home, but it was still a shed.
In 1952, Dad came along and said he was going to buy Ada a house in Hoyle Street, Morwell at an auction.
As it turned out dad was the only bidder at auction and bought the house for a good price.
Handing the keys to Ada, Dad said “can you make the payments”?
Dad had little money having had land compulsory acquired twice and a farm lost in the big flood of 1919.
But he loved Ada and although complicit in his daughter leaving home at 14 with thruppence, he kept a loving eye on her from a distance.
How proud he must have felt as she found lodgings, ongoing work, become a wife, then a mother, all the while building a reputation as a respected, capable community member, and doing it all with determination and seriously hard work.
Ada loved her Mum, but the bond with dad was stronger.
He had often stayed in Hoyle Street when working on the East Side of Morwell and he and Ada remained close until Tom died in 1958, aged 75.
Ada loved her Hoyle Street home. They had a large orchard out the back, chooks, and kept Labradors which dad used for hunting.
From around 1949, once Gordon was at school, Ada worked six days a week in Morwell’s first milk bar, in Fairfield Street (now the Hot Spot).
After eight years, she moved to Morwell’s first supermarket, Moran & Cato in Commercial Road, where she became procurement manager and informal assistant manager to Mr Hocking.
In 1969, she was offered the job as manager of the newly-created Morwell Co-op (cnr Ann Street and Hazelwood Road), where she remained till aged 60, whereupon she was compulsorily retired.
Ada had built a career in the retail trade, and loved all aspects of it, especially dealing face to face customers, but she also excelled in management, keeping an eagle eye on the books, making sure the business was always in the black.
What an asset she must have been. Such were Ada’s retail talents, work sent her overseas most years on study tours and to meet suppliers; her son Gordon went as chaperon.
Leaving work at 60 was tough for Ada; she was an active, highly functioning person who thrived on being busy, so she threw herself headlong into volunteer work.
She joined the National Council of Women, the Red Cross, Probus, and was delivering Meals on Wheels into her 90s.
All the way through, she stayed close with her parents and family, often walking out on weekends to have a meal with them. Ada was also an accomplished dancer and was a regular at many of the district dance halls over the years.
Her husband Reg died in 1968/69.
Son Gordon became one of Morwell’s best known barbers. An outgoing and friendly character until he died at 75 in 2020.
She had a special bond with her older sister Pat, who had moved to Adelaide when married.
They shared a love of cricket, so every year Ada visited Pat on the overnight train and they attended the Adelaide Test Match together, where they had the same seats for almost 40 years, until Pat died.
As she approaches her 98th birthday, Ada still lives in the house she purchased in the early 50s. It is as neat and well presented as Ada herself.
Ada very gratefully
acknowledges Alan and Jenny McFarlane and also Betsy Besselink for their support and a raft of helpers from Latrobe City who help her to live independently.
Ada has a keen interest in world affairs, and I ask her what she thinks about today’s world, with all the strikes, marches and social upheaval. She just rolls her eyes, shakes her head and says “tell them to roll up their sleeves and get on with it”.
I ask her what has been the guiding principle over her long life.
She looks at me as if I have asked her a strange question, shrugs her shoulders slightly and replies;
“I just did what had to be done”.