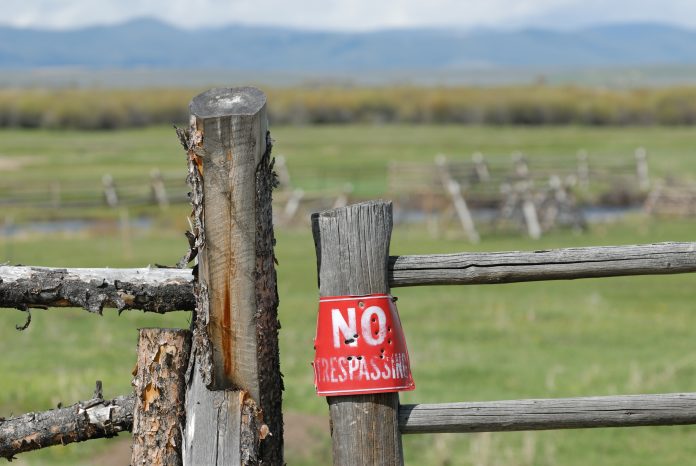 Radical vegan activists could be  facing on-the-spot fines being introduced next year for trespassing on farms.
The state government recently introduced new legislation to address the impacts of trespass on farms and biosecurity risks that are being breached from animal activists.
Activists could face penalties “among the heaviest in Australia”, with on-the-spot fines between $1200 and $10,900 for an individual, or between $8100 and $54,500 for an organisation.
Victorian farmers have been impacted by a series of events involving animal rights activists intimidating farmers, stealing livestock, and disrupting businesses.
Animal activists had been found guilty of stealing livestock from the Yarragon Gippy Goat, but got away with one dollar fines.
These new measures are part of the government’s response to the Inquiry into the Impact of Animal Rights which recommended issuing heftier on-the-spot penalties for farm invasions.
Agriculture Minister Mary-Anne Thomas said farmers should be able to do their work without fear of being targeted by animal activists.
“Victorian farmers work hard to keep their animals safe and protect them from pests and diseases with robust biosecurity systems,” Ms Thomas said.
“This new legislation will deter behaviour that puts that hard work at risk.”
Victorian Farmers Federation president and Mirboo North farmer Emma Germano said these fines were overdue and hoped this would mean the end of “token” one dollar fines.
“It’s time animal activists faced proper penalties for trespassing on people’s farms and homes,” Ms Germano said.
“We believe that this is in line with community expectations, trespass is not an appropriate form of protest.”
Farm Transparency Project executive director Chris Delforce said biosecurity was being used as an excuse to limit consumer awareness of the “systemic cruelty occurring in farms and slaughterhouses across the country”.
The group had launched a website which included hidden footage inside farms and animal industries, as well as listing the private addresses of farmers involved in animal production.
“Were these industries transparent and honest about what happens inside these facilities, there’d be no need for anyone to take it upon themselves to capture evidence of it,” Mr Delforce said.
“Undoubtedly, these laws will not deter people who already know that they’re risking their own lives and liberty in seeking to bring to the public’s attention the systemic mistreatment of animals.”
Nationals Leader Peter Walsh said he would be carefully combing through the wording to make sure the government hadn’t left loopholes to allow activists to escape penalty.
“But by finally introducing these laws on the very last day of Parliament for 2021, Labor’s made sure farmers will be forced to wait at least another six months before they actually get the protections,” Mr Walsh said.