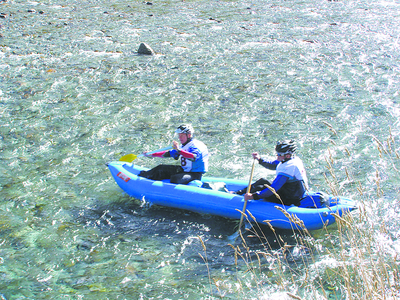 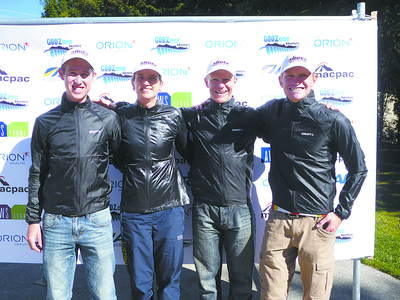 Lack of sleep and near freezing temperatures did not stop Rob Preston and Kathryn Ewels’ team Blackheart from coming fourth in the 450-kilometre Godzone adventure race in New Zealand recently.

According to Preston the team was hoping for third going into the race they completed in four days and 12 hours.

“We were pretty close, and there were some really tough New Zealand teams that had much more experience in the New Zealand conditions,” Preston said.

“There are so many things that can change in adventure racing, so we were really happy with our performance.”

To add to the obstacles of the race, Preston and Ewels met their fourth teammate, Glen Currie, for the first time on race day. Fortunately, Preston said he “really fitted in” and was able to give the team some much needed “local knowledge”.

In adventure racing the activities are kept secret until the day before the event, but Preston predicted all the activities being mountain biking, trekking, kayaking, abseiling and canoeing.

“Our biggest weakness was trekking in some of the mountain passes,” Preston said.

“Some of our route selections were less than ideal, and the mountains are just more extreme than anything we have here, but that’s what made the whole thing so spectacular.

“Certainly we can learn from this and go back next year and focus on 2013.”

When The Express interviewed Preston before the race, he said they were planning on getting about “three hours sleep” in the four days.

“We ended up having a bit more than that in the end, and it turned out to be really helpful at the end of the race, where we finished really strongly but other teams were struggling to finish,” he said.

Despite coming fourth, the team did not qualify for this year’s world championships and are now looking towards 2013.

“There are other races we could go to this year, but next year’s world champs are in Costa Rica which really appealed to us, so I think we’re going to work on that,” he said.