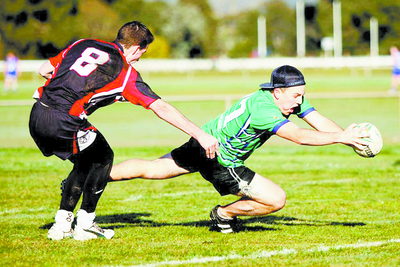 The Southern University Games concluded last week with a bang.

After a week of competition in about 15 sports, celebrations were held after the final of the mens’ basketball competition where Victoria University defeated Deakin.

SUG coordinator Jess Lloyd said everyone involved was happy with how the event turned out.

“We were really, really happy, despite the weather,” she said.

“We had to relocate touch football and Aussie rules, but everyone was really accommodating so it went smoothly.”

Lloyd also thanked the volunteers who helped out in areas ranging from marketing and media to logistics and photography.

Royal Melbourne Institute of Technology was the overall winner of the competition, with Australian Catholic University being the per capita champion.

The Australian University Games will be held in Adelaide in September.