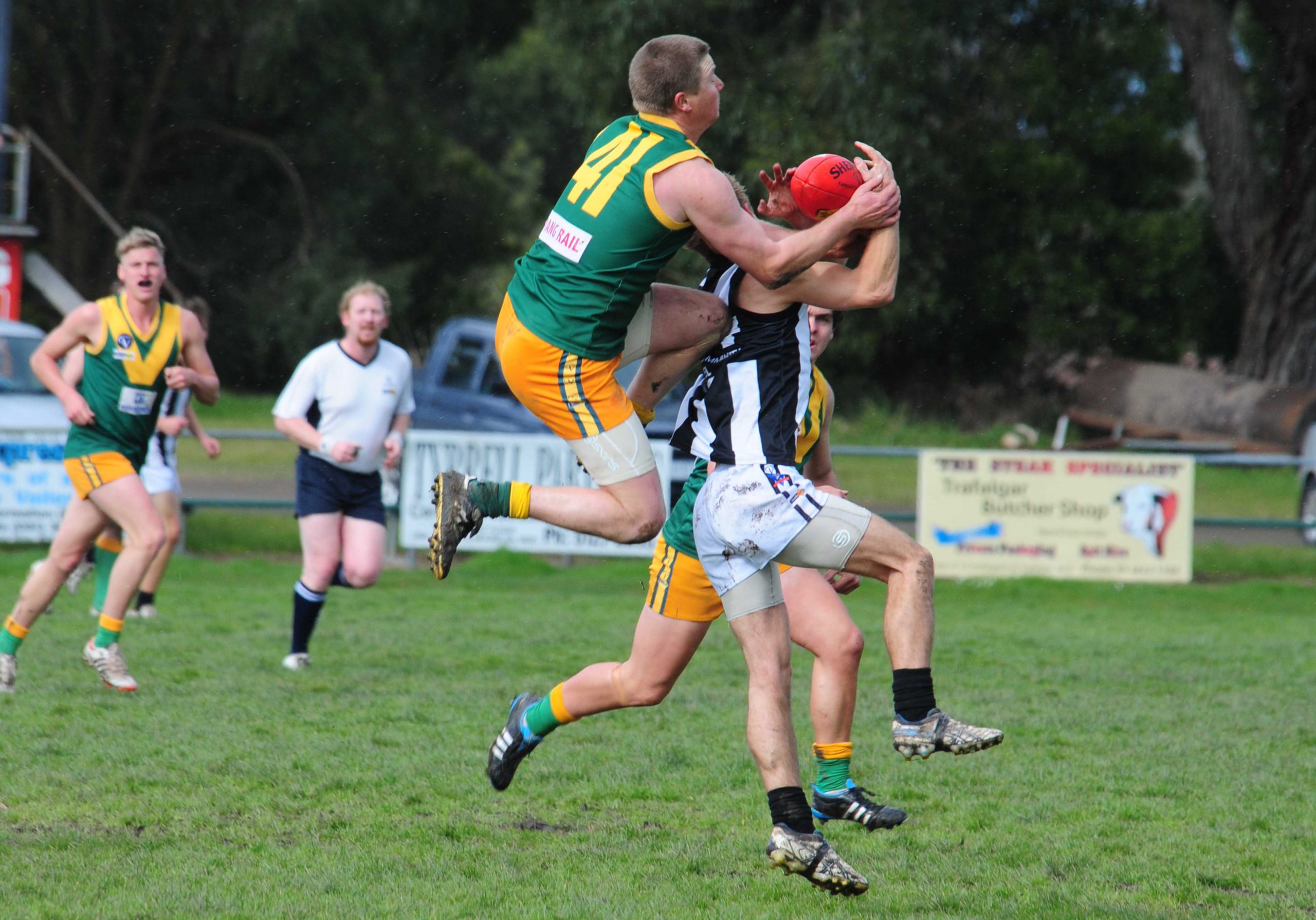 Morwell East clawed its way back to salvage a draw against Boolarra in the final round of Mid Gippsland football on Saturday.

In the wet conditions the Hawks scored two goals in the second quarter and kept the Demons goalless.

At half-time, Hawks coach Paul Henry told his players if they did not pick up their work rate they would not go far in the finals.

Spurred on by this, the Hawks edged their way back into the game and levelled with the Demons, but could not get in front.

Henry said the hard contested football against the Demons was the best preparation for their elimination final against Yinnar this weekend.

Hill End held a one-point lead going into quarter-time and from there it widened its lead to a goal at half-time.

The Hillmen entered the final quarter 14 points ahead, but Yinnar jumped in front with two opening goals.

Hill End coach Josh Tymenson said at that point he thought his side might go down, but they stepped up and kicked two goals to end the season on a high note.

He said the return of Richard Horton and a few other players helped the side’s structure and filled key positions.

Tymenson said knowing it was Justin Rea and Luke Brain’s last game before retiring had motivated the team to make its final match of the year a “good one”.

Newborough got the big score it wanted and has finished the home and away season as minor premiers after defeating Yarragon 21.13 (139) to 5.5 (35).

The Bulldogs will get the one week’s rest after a strong performance against the Panthers.

Newborough was able to keep the Panthers goalless in the second quarter, while kicking 10 goals.

The Panthers had a big third quarter and outscored the Dogs four goals to one.

However, Yarragon could not maintain its momentum and Newborough held the Panthers scoreless in the last quarter.

It was a tight and high scoring first quarter with the Bloods in front by 13 points.

At quarter-time, with 20 points kicked against them, Trafalgar coach Chris Kyriacou urged his boys to ramp up the defence.

The Bombers added only another 30 points for the rest of the game.

Kyriacou said, while his team played better than last week, there were still a few “lapses,” which they could not afford to have next week against Mirboo North.

He said he was happy to get the win and the team was not thinking about percentage during the game.

“Finishing second; that’s just the way it is,” Kyriacou said.

“First spot was up for grabs and we weren’t good enough to grab it.

“Newborough are the best team so far so they deserve first.”

A comfortable victory for Mirboo North was assured with an outstanding second quarter, with the Tigers recording a 20.10 (130) to 3.6 (24) win over Thorpdale.

Tigers’ Tim Traill kicked 13 goals to top the lead goalkickers tally of the 2012 home and away season.

The Blues were competitive from the start and scored the opening behind and goal.

It was 10 minutes before Mirboo North kicked a goal and scored one more to lead by five points going into the second quarter.

Although Thorpdale held possession at the start of the second quarter, it was unable to score.

The Tigers took control of the game and scored four unanswered goals before the Blues managed another.

Thorpdale kicked the opening goal in the third quarter and kept Mirboo North to three goals that term, but the Tigers ran out the game well and cruised to a 106-point victory.