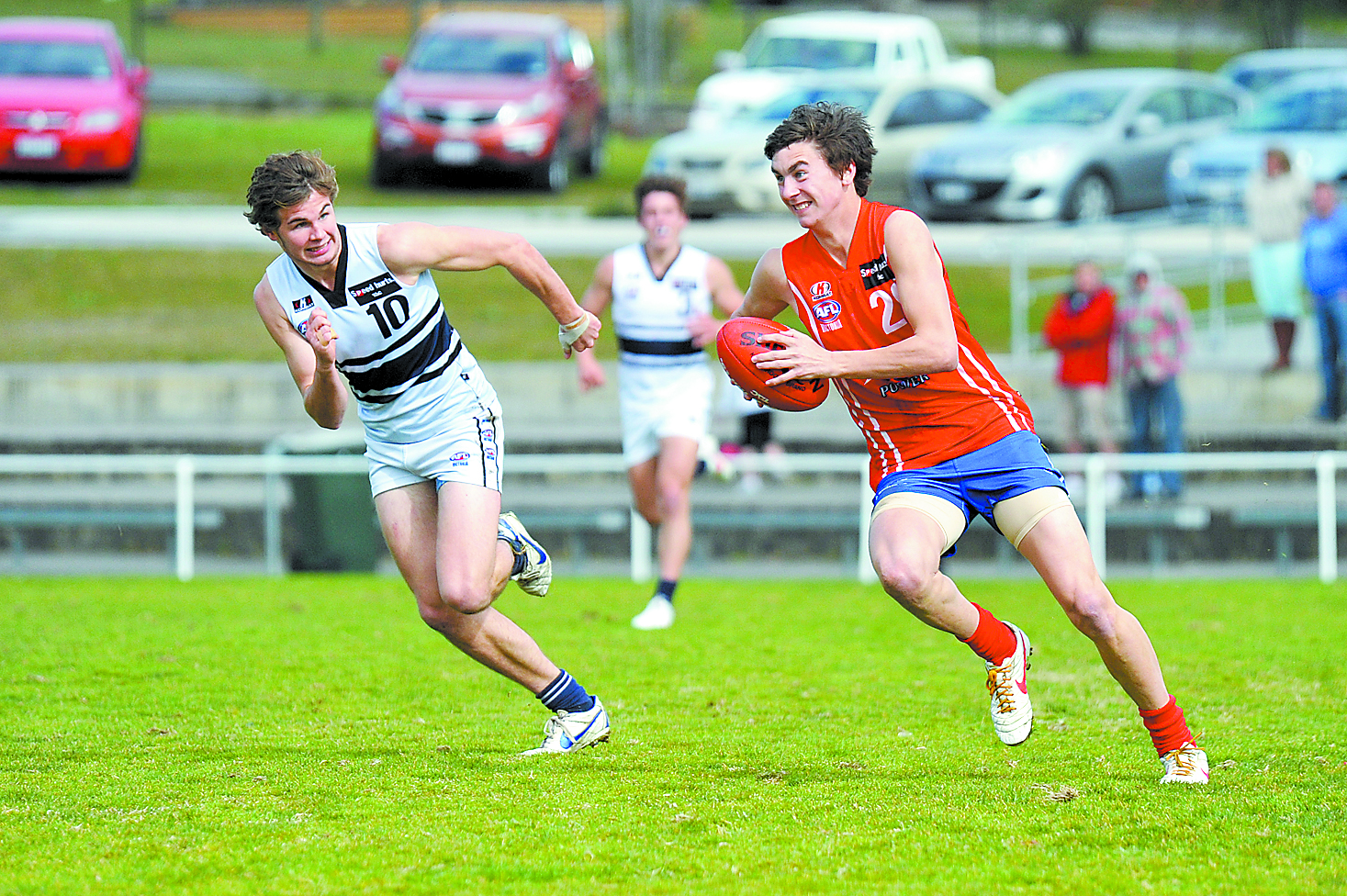 Loy Yang B Gippsland Power will meet the Dandenong Stingrays in the TAC Cup qualifying finals after recording a hard-fought two-point win against 10th-placed Northern Knights at Ted Summerton Reserve on Saturday.

The Power finished second on the ladder on percentage, with the North Ballarat Rebels winning the minor premiership.

The Power bolstered their lineup for the Northern Knights match with key players Josh Cashman, Jack Leslie and Shane Jamieson returning, and skilful Bairnsdale player Derek Hayes who made his TAC Cup debut after being held back by injury earlier in the season.

The game started well for the Power after some strong work at the opening bounce by Shannen Lange and Nate Paredes resulted in a goal to Tim Membrey.

Instead of building on their good work the Power then wasted several forward 50 metre entries with poor decision making and finishing.

As was the case against the Sandringham Dragons last round, the Power struggled to man-up when the Knights won the ball, and their turnovers were gifting them many opportunities.

Some awkward play for the Power saw Daniel Jackson set up Lange for a late goal, but Gippsland went into the first change just 14 points ahead despite having twice as many forward 50m entries than the Knights.

The Knights showed the Power how to use the ball effectively at the start of the quarter when they capitalised on poor marking up by the Power.

Again the Power were wasting the ball up forward and their inefficiency was punished when the Knights kicked another after some soft defensive play.

A classy interception by Aaron Heppell allowed Darcy Irwin to kick a vital goal for the Power, but the Knights were given far too much latitude by some lazy work by the Power.

Nick Graham and Ben Kearns combined to give Irwin his second for the quarter but by the long break the Power only led by two goals.

It appeared as if the Power were content to put the ball anywhere inside the forward 50m rather than use it intelligently and to the side’s advantage.

Gippsland coach Nick Stevens read the riot act to the players at half-time and was disappointed with their accountability and willingness to follow the most basic elements of the team’s game plan.

It appeared as though the message did not sink in as the Power continued to waste several scoring opportunities with bad skills and finishing early in the term.

The Knights scored another soft goal but the Power continued to bomb the ball forward with little accuracy. It took some vision and class by Matt Northe and Graham to set up Anthony Tipungwuti for a critical Power goal but they then gifted the Knights another easy goal after some more poor defensive thinking.

By the last change they were only nine points up after again dominating the forward 50m entries.

As a consequence, the Power went into the last quarter under the pump instead of having the game sewn up, based on the chances they had wasted to kick goals.

The Knights scored two easy goals after capitalising on more poor manning up by the Power, but Northe replied with a goal of his own and he then he assisted when Derek Hayes took advantage of a lucky bounce to put the Power back on track.

Tipungwuti created a chance for a clever snap by Wil Hams and it seemed as if the Power were finally taking control.

A lax defensive error by the Power allowed the Knights to get back within a kick.

Jackson goaled and seemingly put the issue beyond doubt.

In the final moments the Knights kicked another but the Power held on to emerge unconvincing winners by two points.

The Power faces the Dandenong Stingrays in the qualifying final at Visy Park on Saturday from 2.30pm.