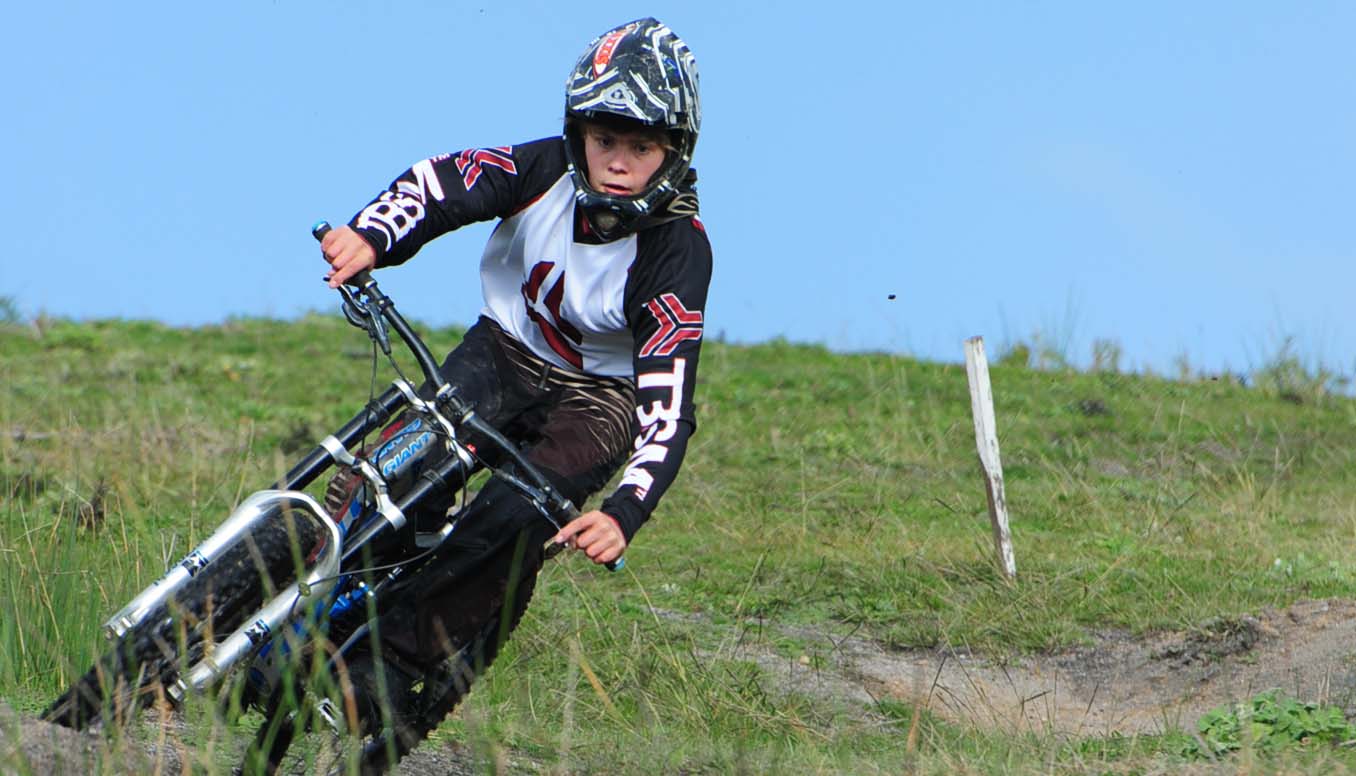 NEWBOROUGH’S Lachlan Gibson has been crowned “King of Ballarat” after overcoming gravity and severe gradients to win the three-round downhill mountain bike competition’s under 15 division.

In his first competitive series, the 13 year-old navigated the short Alluvial course with aplomb in each round to finish ahead of Albury’s Jackson White, with an overall points score of 227.

Poised for victory after second and first place finishes in the opening two rounds of the competition, the fearless youth put together two near-flawless runs on Sunday to take out the hotly contested winter training series.

The Gippsland MTB club member said the primary emotion associated with the maiden win was relief.

“I always had in the back of my mind that I was going to go alright,” Lachlan said.

“I was really nervous for my first run and it probably affected my performance a bit, but on my second run I was a lot more relaxed.”

After suffering a couple of nasty falls in the first round of competition in June, Lachlan said he continued to take on the treacherous course, which included slopes of 70 degrees and upward.

“It was a really pedally track and it was muddy so it was pretty hard,” he said.

“Confidence is a big part of it and strength as well, you have to be in the right mindset.”

Riding in his first season in the under 17 division, Lachlan said he looked forward to competing against older competitors.

“I like the challenge, it makes it more interesting,” he said.

The King of Ballarat competition, which began in late June, attracted riders from across Victoria as a precursor to the bigger events of the season.