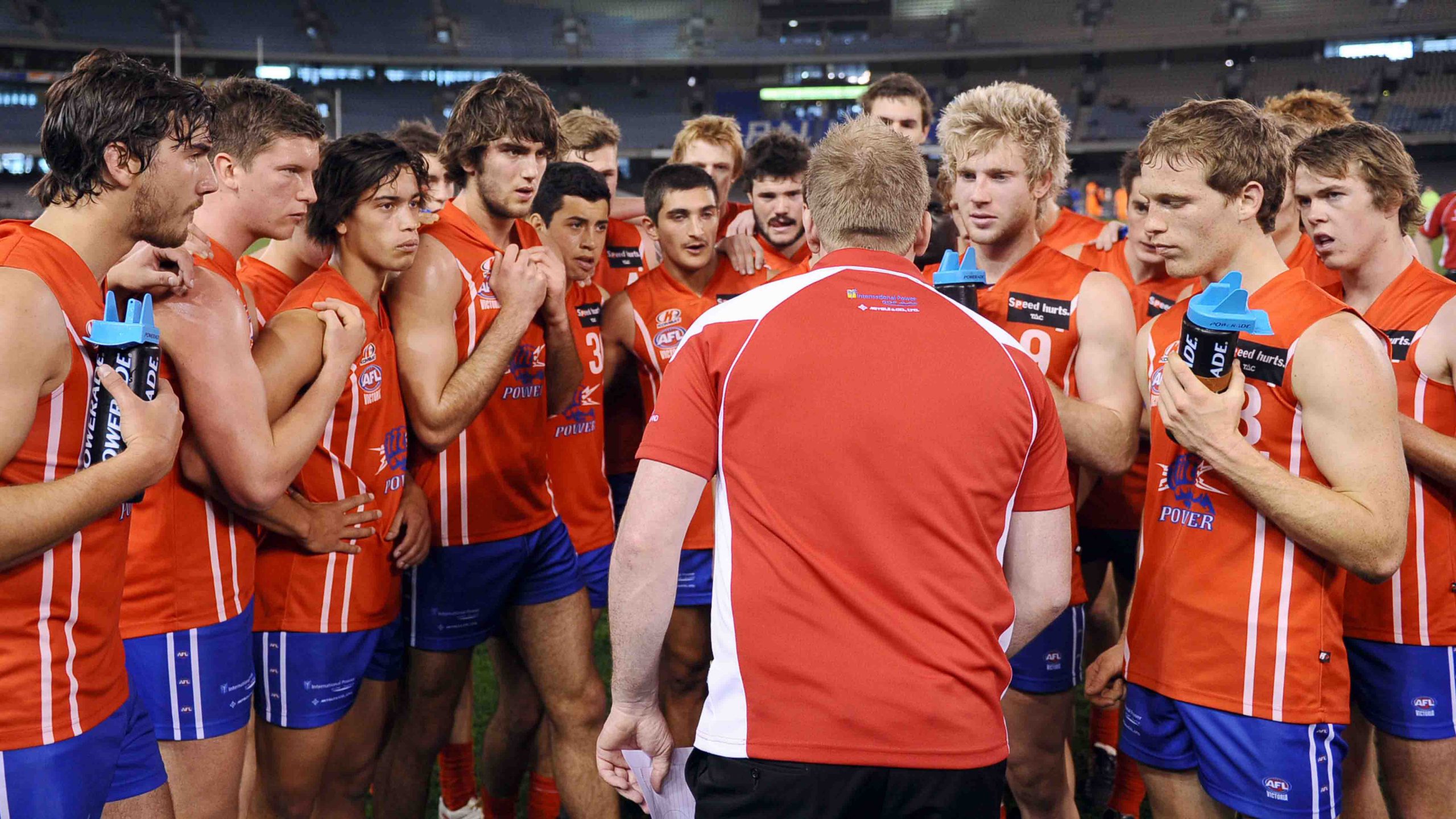 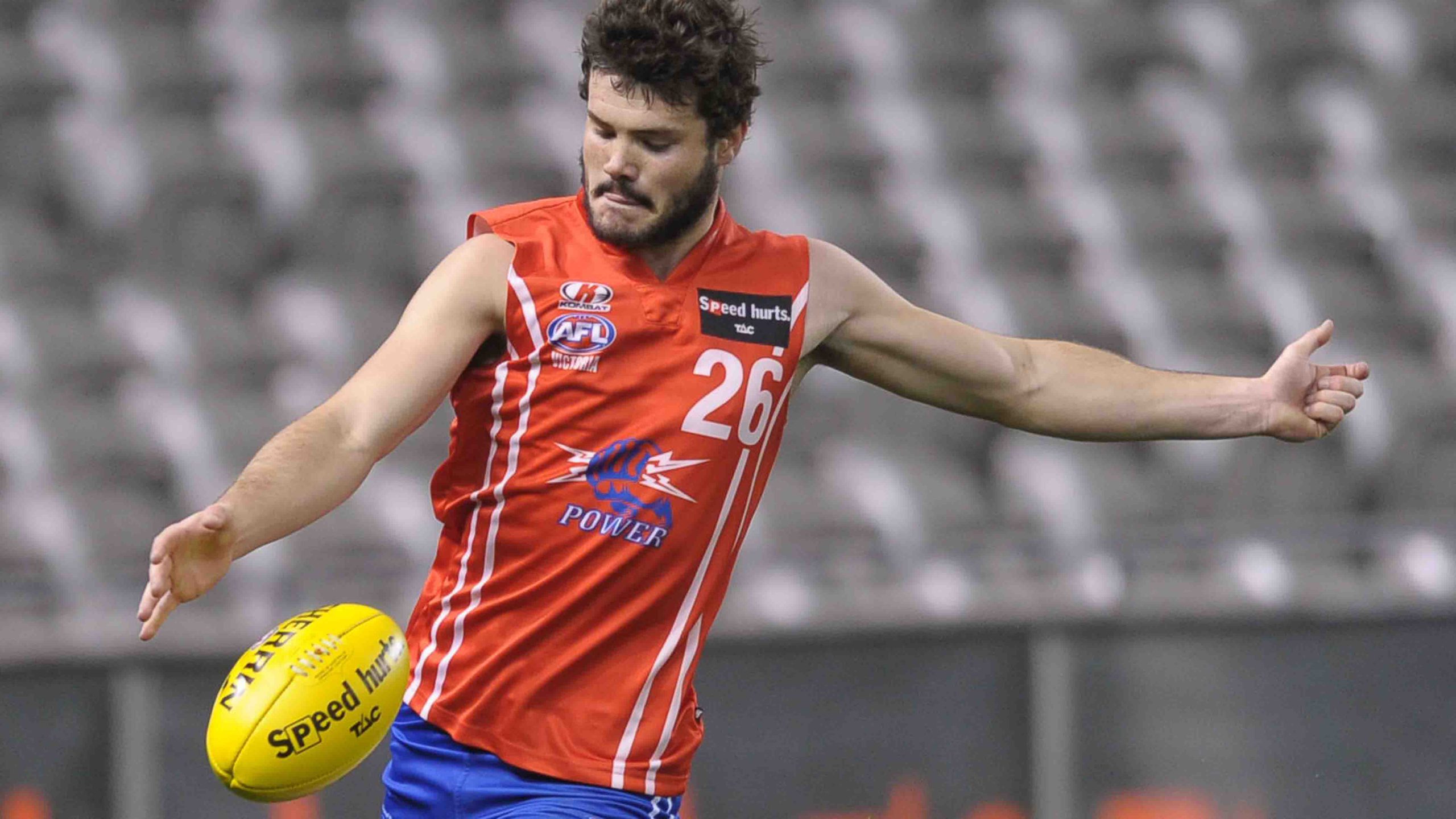 Loy Yang B Gippsland Power’s 2012 TAC Cup season ended in dramatic fashion when it went down to the Oakleigh Chargers by one point.

After a sensational season where the Power led the elite competition in all of the important statistics, Gippsland went into the grand final on a high after a brilliant preliminary final victory against the Sandringham Dragons.

Key forward Simon Deery returned to the line-up after a month on the sidelines.

He had been a critical element in the Power’s forward structure.

In ideal football conditions at Melbourne’s Etihad Stadium both sides showed determination early as they struggled to get their games going due to the intense pressure applied by both sides.

The Chargers steadied first with two goals as the Power struggled to use the ball effectively up forward.

It took some excellent vision from Daniel Jackson to set up Deery for the Power’s first.

Will Hams then ran brilliantly and linked up with Deery to kick an inspirational goal and it seemed as if the Power’s nerve had been steadied.

The Chargers hit back late in the term but a long kick by Liam Nash found Tim Membrey who marked and put the Power to within one-point at the first change.

Gippsland coach Nick Stevens used the break to reinforce the team rules that had been laid out all week in preparation for this game and the Power opened the second quarter with a far more determined effort.

Early in the first term, neither side could score and the Chargers broke the deadlock with a critical goal after seven minutes of tight play.

Some fantastic vision and skill by Anthony Tipungwuti, Lachie Channing and Nick Graham set up Membrey for an important Power reply.

In the closing minutes of the quarter the Chargers scored three telling goals after some poor defending by the Power under intense pressure.

After the main break the Power came out with more purpose and Membrey and Graham combined to make a goal from nothing in the forward pocket.

Tipungwuti was at his inspirational best with another great run and he found Josh Scott who finished off his great work with a goal.

Not to be outdone, Graham finished off a stunning passage of play with a goal thanks to Membrey.

Against the run of play, the Chargers received a free kick and goaled to regain the lead.

In the dying minutes of the quarter, Will Hams combined with Joshua Scott and they crafted a vital goal to get the Power to within eight points by the end of the term.

Jarryd Drew went long from the opening bounce of the last quarter and Graham marked and goaled on the goalline.

The Power went into attack again and Membrey used his strength to find Drew who snapped another for the Power.

Just when it was looking good some more defensive indecision gave the Chargers a crucial reply.

When leadership was needed, Traralgon’s dynamic duo, Graham and Membrey combined again and the Power had the lead with only minutes to go.

Some more great pressure by Tipungwuti created an opportunity for Jack Johnstone to go long and direct and once again Membrey was in the right place to kick a crucial goal that put the Power 12 points ahead.

Some more fundamental errors by the Power allowed the Chargers to hit back hard with two late majors to tie the scores and they then kicked a point to emerge victorious in what was a fantastic game.