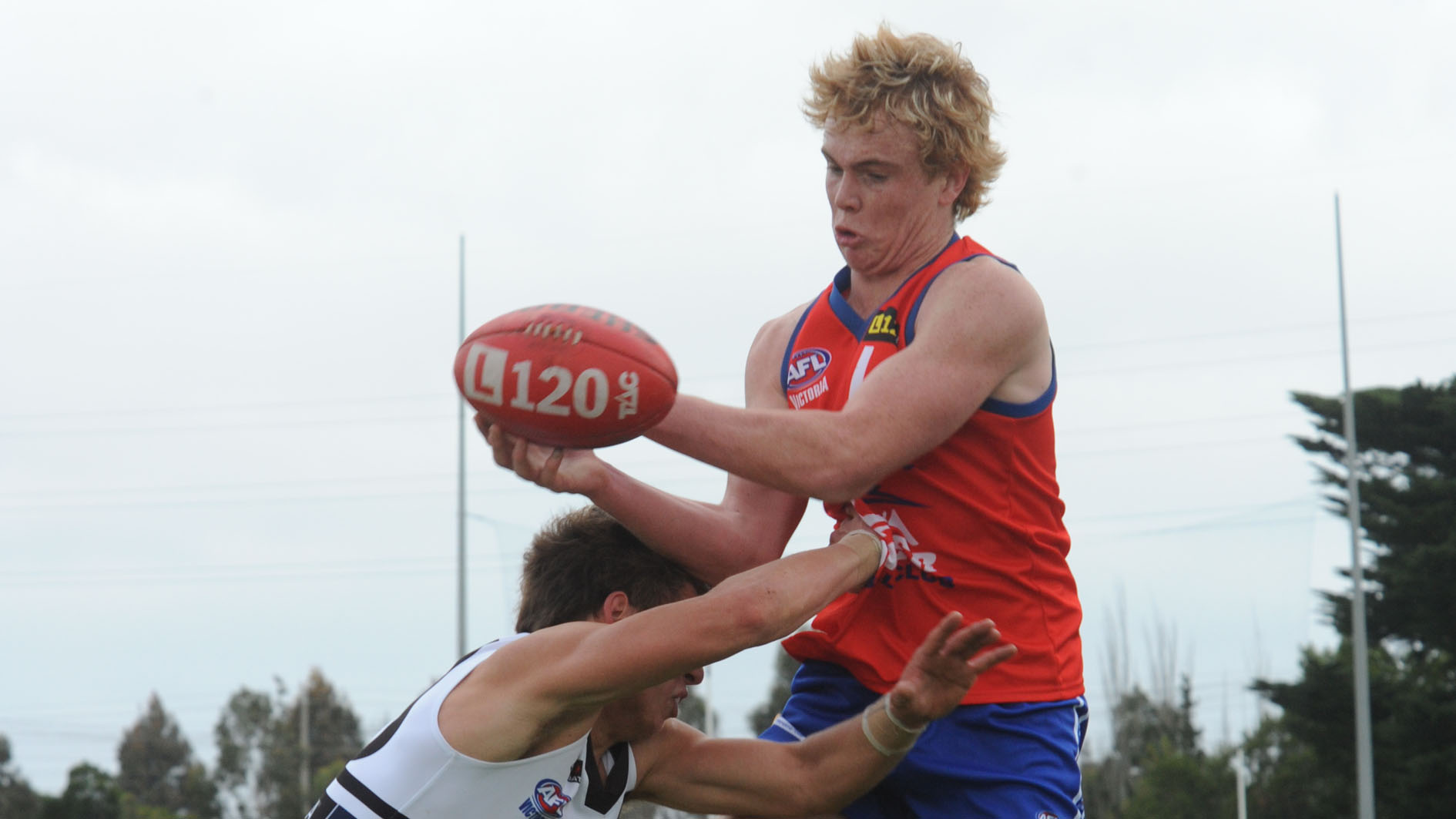 The determined defender was instrumental in Power’s incredible run this year with his backline spark.

“I’d love to get drafted as anyone would but it’s not the be all and end all,” Hall said.

“I’ll keep having a crack if I don’t get drafted and play at the highest level I can, but I’m hoping for an opportunity to come up.

“I’ll probably move down to Geelong if it doesn’t work out in the draft; hopefully I’ll go to university down there and play at the highest possible level and still have a crack at my dream.”

The 18 year-old won the award from Nick Graham and Tim Membrey, who both scored five-vote games, and said he was stunned to have won the prestigious accolade.

“I was pretty shocked because we had a pretty good side this season and everyone was in with a chance,” Hall said.

“It’s not often you see a full backman win a best and fairest; I was pretty happy with how I went through the year though and I’m still surprised.”

The defensive bulwark, who has now graduated from the Power ranks, credited coach Nick Stevens, regional manager Peter Francis and the club for his development personally and as a player.

“It’s helped me in a lot of ways… it’s just built me as a person,” Hall said.

“(As a player) I thought my decision making has improved a heap from last year.

“Being able to put that into this year and improve on it and the ability to beat my opponent at every contest I thought I improved on.”

Hall attended state screening as part of the 2012 AFL draft process and said he was happy with his performance on the whole as he looked to build a career in the sport.