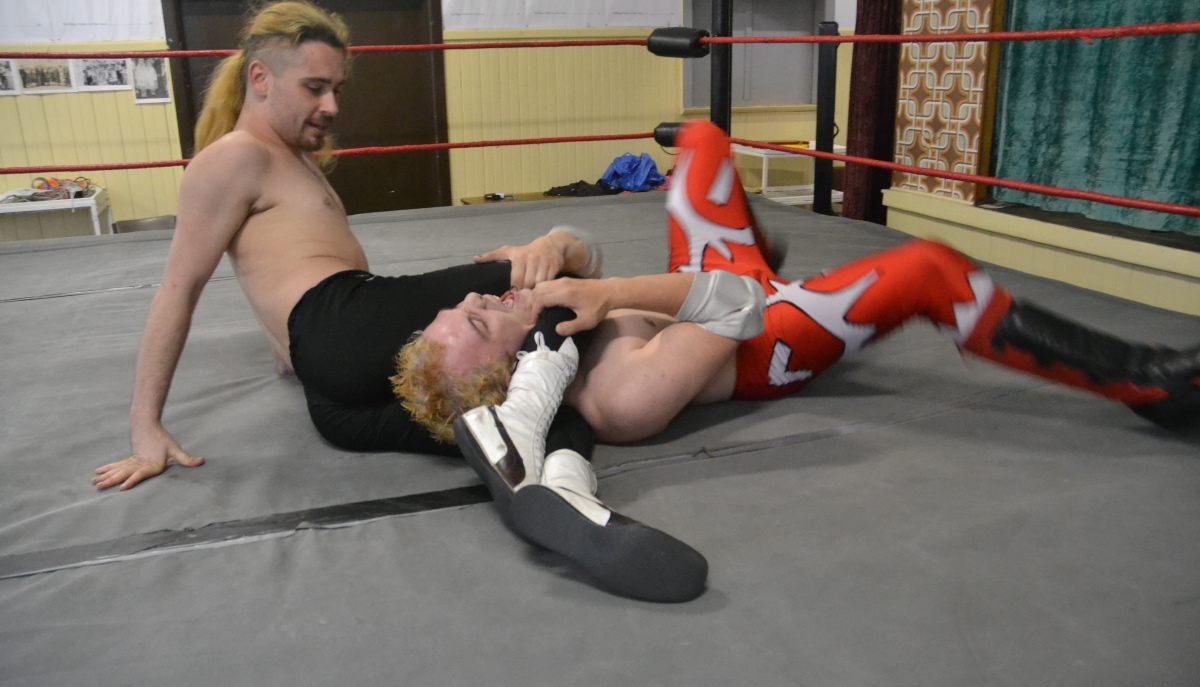 PROFESSIONAL wrestling is fake, it is the worst kept secret in the industry, however its athletes are anything but phony.

Gippsland Professional Wrestling is closing in on its first anniversary, but for the local talent it has been a much longer and far more arduous journey.

For the first time in GPW’s fledgling history, five Gippslanders will enter the ‘squared circle’ in Moe on Saturday night, each with a wealth of experience and hardship under their belts.

Among their number will be current GPW champion Andy Rhodes, Moe’s Max King and Traralgon’s ‘Static’ aka Hayden Barwise, who revealed to The Express what it takes to make it in ‘sports entertainment’.

“There’s a lot of factors that go into it because it’s a performance as well as a sport,” Rhodes said.

“It’s not just an athletic thing, you need to know how to make the fans feel invested in the action; if I’m in the ring I need to connect with my audience and if I don’t they just think ‘it’s fake, I don’t care’.

While the action may be contrived, there was no way to feign the years of training, gym work, travel and sacrifice these performance athletes have put in to refine their skills.

Moe’s King has been wrestling since the age of 15, while for martial arts convert Barwise it was years before he was given his first shot in the ring.

“The amount of effort and time we put in it’s like another full time job,” Rhodes said.

“The fans want to come and get involved but they also want to know that the guys they’re cheering for are busting their asses. Ten minutes in the ring doing a decent match (makes you) puffed; it’s getting up, getting down, getting slammed, running and then there’s all the things that can go wrong with any of those parts.”

He said when things do go wrong, there was nothing make believe about the consequences.

High flying King, who has a penchant for leaping from scaffolding in his matches, has witnessed broken rings, broken ropes and broken bodies throughout his wrestling career and said the risks were real.

“If you jump of the top rope and don’t bend your knees as you land you’ll blow out your quadriceps and tear your patella,” King said.

With crowds that vary from five people to 400, Australian wrestling has yet to reach the heights of World Wrestling Entertainment in the United States but Rhodes and the crew believe it is on its way. Local franchises were being bolstered by international visitors, such as Lance Hoyt who featured in GPW’s last show, while former WWE star Orlando Jordan was training several local athletes including Traralgon’s Benny Factor.

King and Barwise have plans to travel abroad to further develop their in-ring styles and were eager to feature in Iron Jay’s vision of an Aussie company to rival the WWE, but in the meantime will focus on their monthly shows in Gippsland.

“At the moment it’s for the love of it,” Rhodes said.