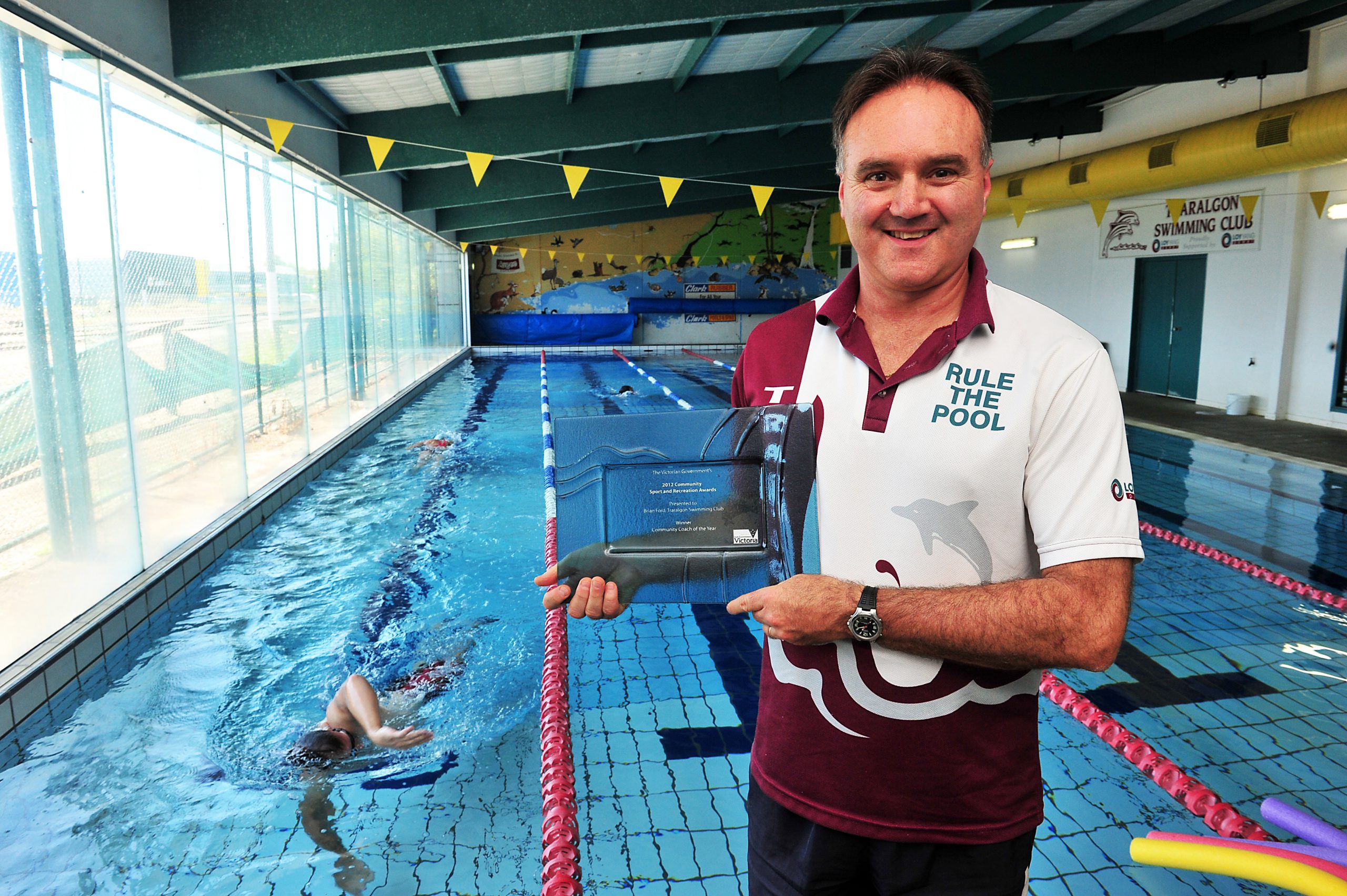 TRARALGON Swimming Club coach Brian Ford was recognised for his ongoing commitment to junior sport when he was presented with the State Government Sport and Recreation Community Coach of the Year Award at the Melbourne Cricket Ground last month.

Ford said the prestigious accolade, along with the Herb Jeffrey Award for services to country swimming, were the proudest individual acknowledgements he had received in his 16 years as Traralgon coach.

“I was proud of myself and proud for swimming,” he said.

Now providing tuition for about 160 swimmers, Ford said he was initially drawn to coaching in his 20s.

“I’ve always had an interest in the way the sport was done and the way the techniques worked and I could see kids needed direction about how to swim races, how to compete, how to be disciplined and all those things,” he said.

“I thought I could use my knowledge and my ability to convey that to them and hopefully it would work and in a lot of cases it has.”

The veteran instructor said effective coaching was about finding a balance between hard work and enjoyment.

“Swimming has got to be very disciplined but it also has to be surrounded by fun,” he said.

“The best fun you’ll have is swimming fast; in order to swim fast you’ve got to be disciplined and dedicated.”

Despite swimming being an individual sport, Ford believes the social environment around the pool leads to swimmers’ development as people as well as athletes.

“You’re not going to get swimmers who are going to be poor characters because to be a good swimmer you’ve got to be a good person,” he said.

Traralgon Swimming Club will compete at the state and country championships in the coming months, and will be aiming for a 13th win in 14 years at the country titles.