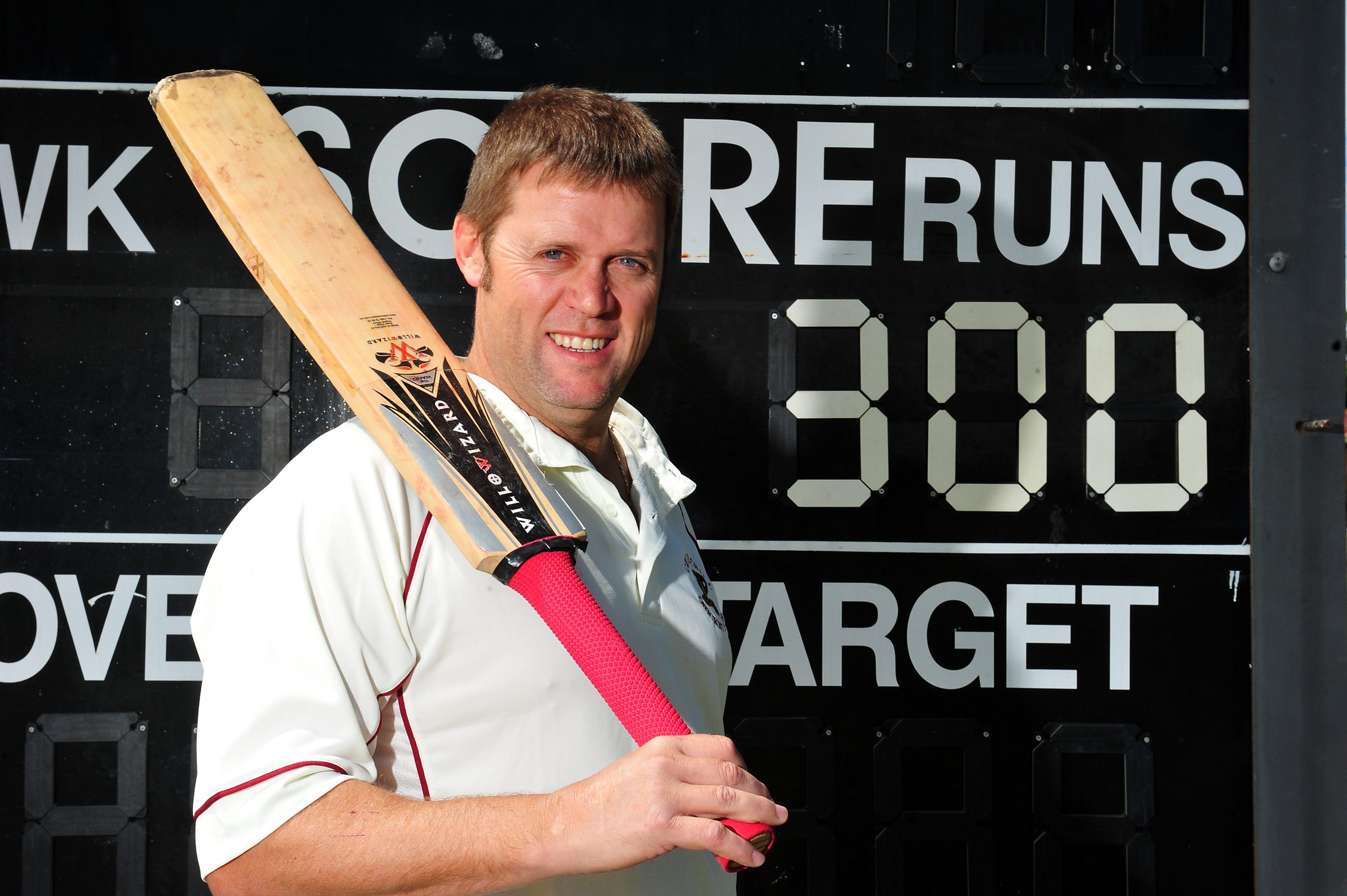 RICKY Ponting’s record 168th test appearance pales in comparison to the track record of Churchill Cricket Club president Craig Flanigan, who finished his 300th match for the Cobras on Saturday.

In a career spanning 30 years at the club, Flanigan had planned to celebrate the milestone playing B grade with his two sons Riley and Bailey for the first time, but a late call up saw “Bluey” mark the occasion with a bag of top grade wickets last weekend.

The 44 year-old rediscovered the magic to snare four wickets for six runs in a devastating three over spell against Glengarry to drag his side back into the two-day match, which they ultimately lost by a handful of runs.

The Churchill life member, who has won multiple club champion awards, said his commitment to the club stemmed from a long history of give and take.

“I grew up in the place, it’s as simple as that; I was 15 when I started and I got the opportunity to play senior cricket early on,” Flanigan said.

“I pretty much grew and developed as a person and as a young adult (through the club); it had a pretty big effect on my upbringing.”

“I’m heavily involved in the community mostly through cricket; older guys at the club who were putting that sort of time in when I was coming up through the ranks influenced me and (that is) why I’m putting back into the club just like those guys did before me.”

Flanigan’s playing highlights include two first grade premierships from 11 grand final appearances, and a couple of A grade tons, the most recent being 102 against the Jeeralang-Boolarra Panthers in 2004/2005.

“Spending most of my career as a bowler (the centuries) were probably a surprise as much as anything,” he said.

The bowling all-rounder’s top achievement with the ball was a grand final 10-wicket match in a losing side.

Now predominantly playing B grade with his son Riley, Flanigan said his role as a senior cricketer was nurturing the club’s young talent.

“We’re giving a lot of young guys an opportunity to play first grade cricket and trying to get as much time into them as we can playing, but also working on them in training with how they’re approaching the game,” he said.

Now in his second year as president, the stalwart has held the positions of secretary and treasurer over the years and said the establishment of new club rooms had been the biggest change throughout his tenure.

Moving forward Flanigan hopes to provide a secure financial grounding for the club, after it was robbed of $10,000 worth of equipment a couple of years ago, to set it up for the next decade.

“As far as the president side of things goes I’m trying to get the club running as professionally as possible and just trying to get it so that it’s sustainable going forward,” he said.

“Especially now I’ve got boys coming through, we need to make sure we keep the club to hand over to them in years to come.”

Once that goal is achieved Flanigan said on-field performance would be the focus “100 per cent” but as long as youth was being developed in the interim that would “take care of itself”.