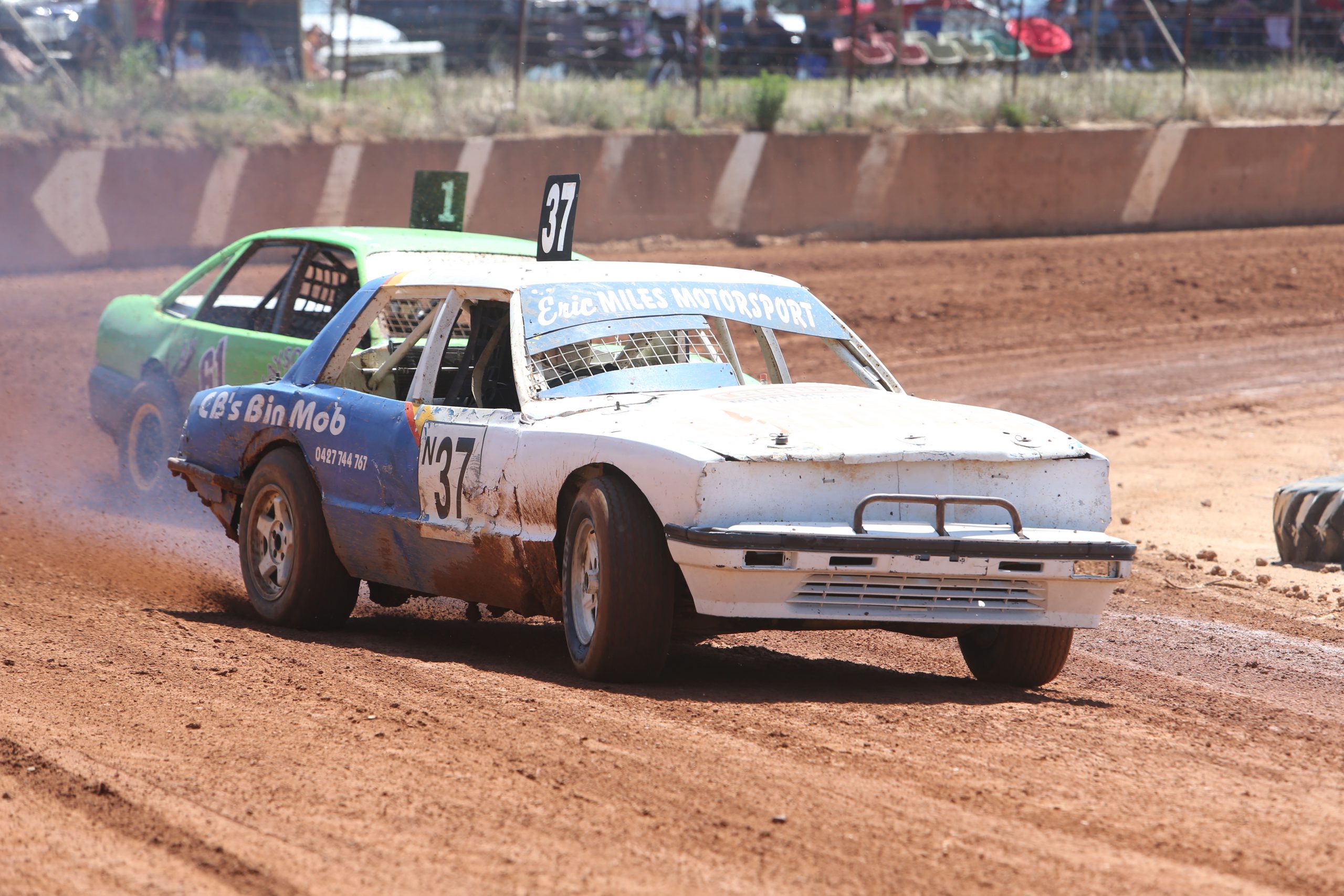 A 45-YEAR campaign for a Victorian Speedway Championship was vindicated for Warragul driver Ray Gould this month, when he secured a maiden state title at his spiritual home track in Drouin.

The 62 year-old drove a near flawless final in the VSC Open Sedan class on 6 January, leading from start to finish in the last race on the program.

Nathan Fawns’ lead from pole position was negated almost immediately at the drop of the flag as Gould zoomed out of the blocks in his Cortina, with a yellow light period the only speed bump en route to a popular victory among the parochial crowd.

With his three children – Tony, Brett and Laura – on hand in the pits to witness the long awaited triumph, the former Drouin resident was euphoric after the race.

“To have the three of them there and win the title was possibly one of the biggest buzzes I’ll ever have,” Gould said.

“I was just so stoked; I kept telling myself ‘just hold it together’ and make sure I didn’t fault on the corners and it was an absolute dream run.

“To win it at Drouin was a big buzz because you could call it my home town and it was terrific.”

Gould has raced at Wattle Park since the track’s creation, and said winning there was a fitting salute to one of his favourite venues.

“I love that track; it’s an absolute dream track to drive on,” he said.

While Gould’s confidence was sky high leading into the final, he said it was anything but leading in to the championship given the car he intended to drive was not race ready.

Just days out the veteran competitor was transferring an old camshaft, rocker arms and lifters into a Cortina, a hurried process which paid dividends.

“It all came together over the last three days,” Gould said.

“I didn’t think I had a hope in hell of winning to be honest.”

The victory was the most prestigious in Gould’s long career to date, which began at the age of 17 when he built his first car, followed by his debut in 1968.

The Nyora Speedway member will add the state title to an impressive resume, which includes victories in the Western Port Cup, formerly the Eastern Victorian Saloon Car Championship, and Vic Hallas Memorial.

Having raced in A grade modified production, standard saloons, and now open sedan, Gould said the Victorian title was the cherry atop a fruitful journey in speedway.

“I’ve been chasing a title for a real long time,” he said.

The speedway stalwart said he had no plans to hang up the helmet, and would love to snare a couple more titles in years to come.

“I’ll probably be there until the day I die,” he said.

Steven Danks looked the likely winner, but nudged Adrian’s car illegally on an attempted pass to push him back one position into second place.