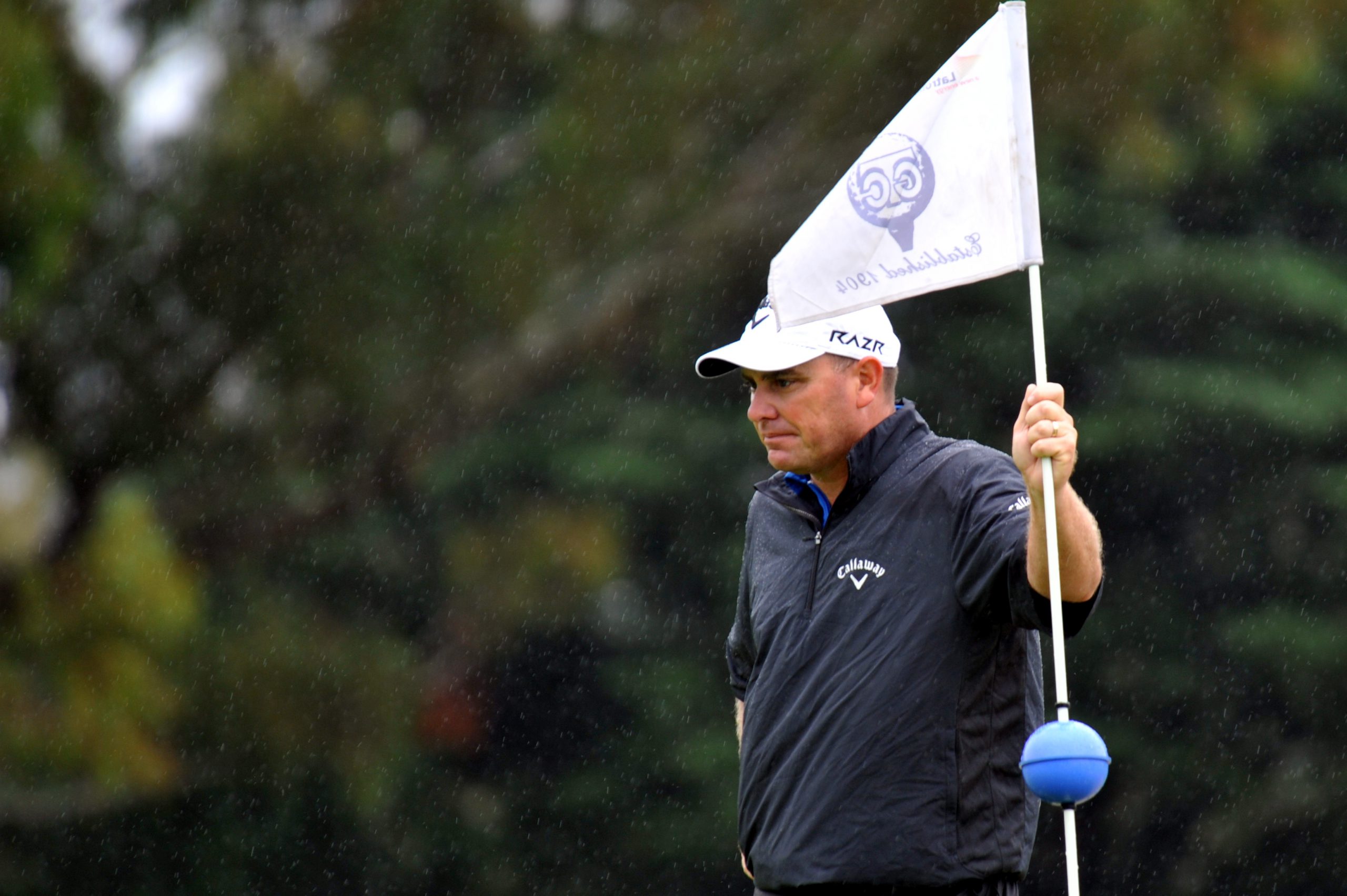 TRARALGON’S own Happy Gilmore, Rick Alexander, has shown-up more than one professional off the tee at the Latrobe City WIN Network Traralgon pro-am golf championship over the years.

As the Director of Course at Traralgon, Alexander knows his way around the fairways, but rarely uses them given his driving distance regularly exceeds 300 metres on the fly.

With the two-day annual pro-am set to tee off next Thursday, the Traralgon bomber is one local to watch out for, especially if you’re in the group ahead.

Much like his big hitting contemporaries on the US pro tour, such as Bubba Watson and Dustin Johnson, Alexander’s length is always a hot topic among the field, according to Traralgon professional Martin Clements.

“Rick is a prodigious hitter of the ball; he’s one of the longest hitters in Australia,” Clements said.

“The person who shoots the lowest score doesn’t get talked about at the bar, it’s the person who drives the par four or who hits a drive 350 metres.”

The former long drive competitor, who plays off a positive handicap of plus two, reduces several par fours at Traralgon to drive and putt affairs with his sheer firepower.

Many, including renowned Australian professional Peter O’Malley, who Alexander was paired with as an invitee to the Australian PGA several years ago, have been stunned by his ability with the big stick.

“He can’t hit off par fours until the green is cleared; there’s about six or eight holes in Traralgon he can drive, and I’m not talking about running the ball onto the green, he knocks the thing straight on,” Clements said.

“He could play with his five iron around here and hit it as far as most people with their drivers.”

The 39 year-old club stalwart said while it wasn’t a priority, it was always a buzz to hit it past the pros, and the key to his driving power was “fast hands”.

“It has always (come naturally) I think from day one,” Alexander said.

With age, the live or die by the sword mentality has softened, but the big shot is still in the bag for the pro-am.

“If we play socially I’ll use driver most of the time, but if we play seriously I’ll use clubs more suitable for the hole,” Alexander said.

“It’s sheer fun just to be out there, it’s great for the area; it is, I think, Gippsland’s premier pro-am event.”

If Alexander is the local drawcard in the field, Traralgon and Morwell club champion Tom Couling could be the wildcard.

His final two rounds of 65 and 66 in that tournament are generally the benchmark at the pro-am, putting Couling in the mix should he compete next week.

“Tom’s definitely the best amateur in the area so if he played he would definitely give a good account of himself.

“Hitting him up against some of the better pros is something we would love to do.”

Couling and Alexander will be joined by about 300 amateurs and 90 professionals, in a field likely to include past winner Scott Laycock and the red hot Victorian Leighton Lyle, fresh off a win at the Fleetweld Devilbend Pro-Am.

Many golfers have graduated from the pro-am and vaulted into legend, most notably 1978-79 dual winner Greg Norman, and most recently 2012 Australian PGA Championship winner Daniel Popovic, who ran fourth last year in Traralgon.

The stroke and stableford tournament runs on Thursday and Friday next week, with tee times scheduled for 7.30am and 12.30pm shotgun starts.

For more information or to enter phone Traralgon pro shop on