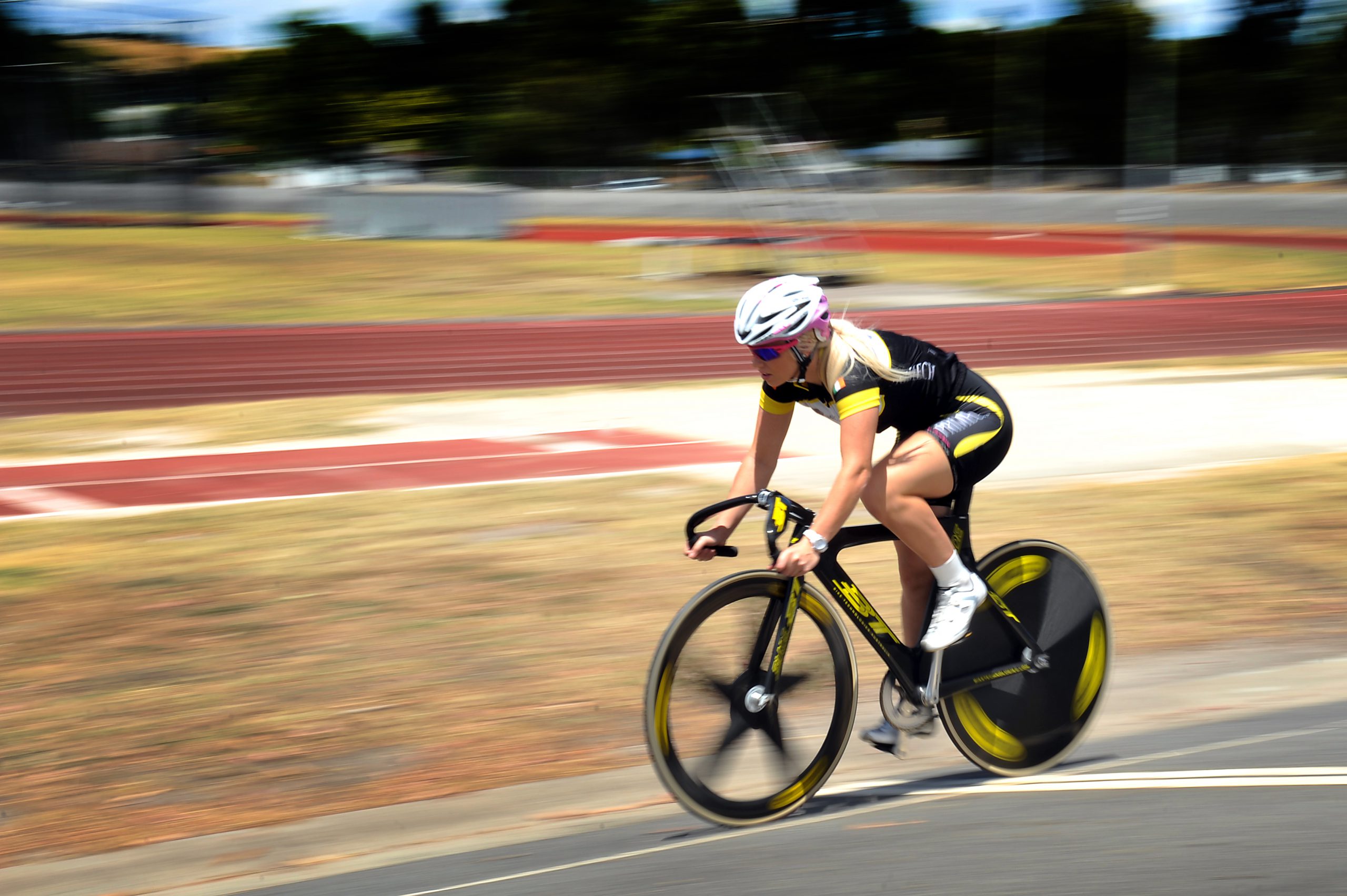 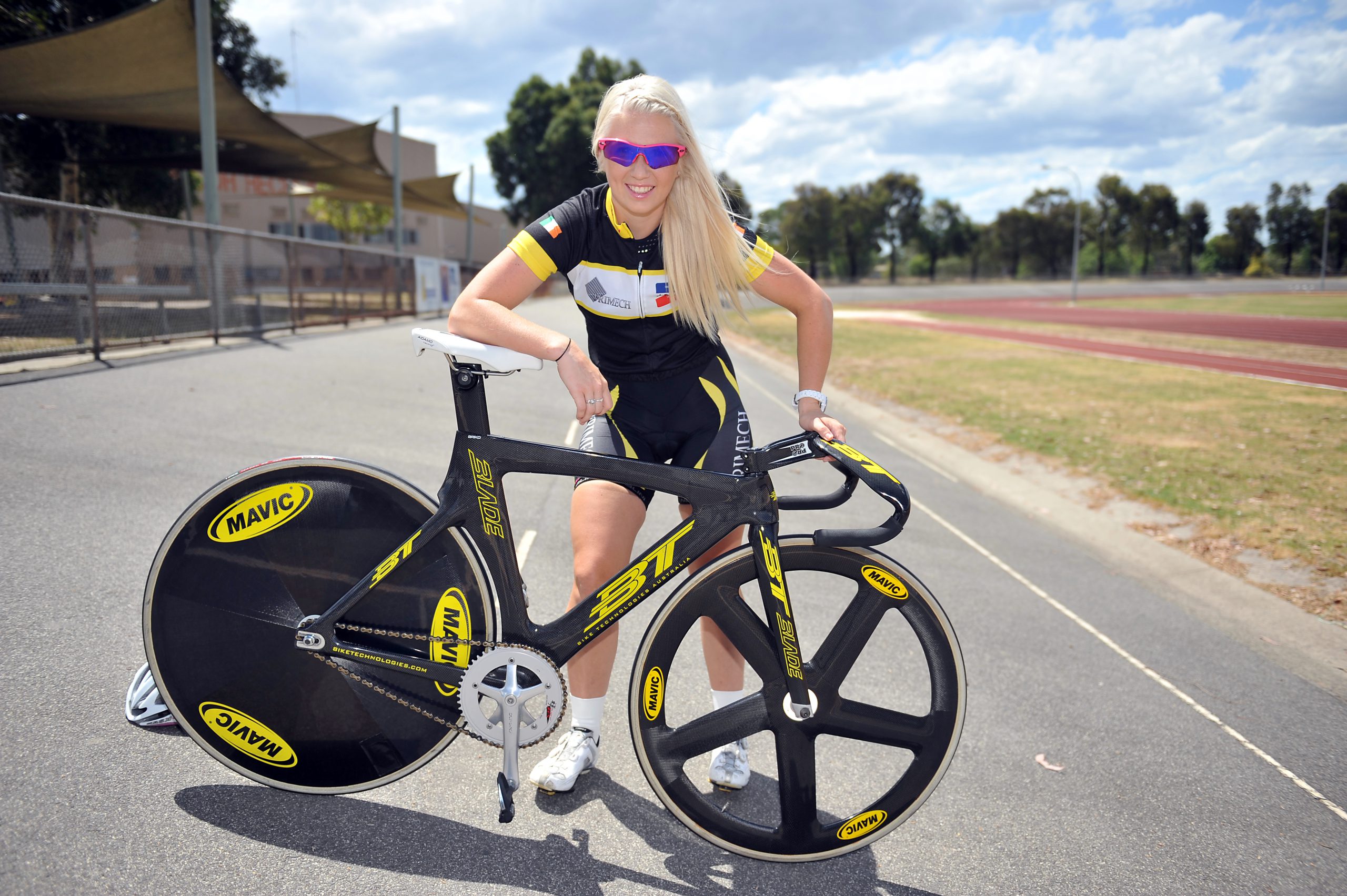 TRARALGON born Irish cyclist Shannon McCurley has been mixing it with the boys on the bike since joining Latrobe City Cycling Club six years ago.

Despite proving a worthy adversary for the blokes, this Sunday she will show her class against the girls in the first ever batch of female only events at the EnergyAustralia Track Cycling Carnival.

The 20 year-old international competitor, whose dual citizenship allows her to represent the country of her parents’ birth, said the initiative was a step in the right direction for women’s cycling on the local front.

“It’s great that Tunksy (Wayne Tunks) has made such an effort to get both the junior and women only races happening,” McCurley said.

For McCurley, however, racing against the men is a challenge to relish, and one she will again engage in come Sunday.

“I love racing with the men; it’s just so much harder,” she said.

“I’m sitting pretty much second in every race behind (Traralgon rider) Danny Gafa so I’m hoping to knock him off in one or two (on Sunday).

The 2008/09 Victorian track cyclist of the year has been competing on the international stage for Ireland since 2010, after waning support from the Victorian Institute of Sport following a serious leg injury left her disillusioned with the Australian system.

McCurley has since shone for her adopted nation, most recently at the Tasmanian Christmas Carnivals, where she held her own against Olympians Isabella King, Annette Edmonson and the Apple Isle’s own Amy Cure.

The sojourn south saw McCurley claim second in the 1000 metre race at the Launceston indoor, and third in the scratch race, before registering two thirds in following carnival scratch races amid Olympic quality fields.

The encouraging results have reinvigorated the endurance specialist, who is back in training with an eye to qualifying for another World Championships later this year through Europe.

From there, the sky is the limit.

“(In) 2014 (I’m) hoping to race for Northern Ireland at the Commonwealth Games and definitely looking at Rio for the next Olympics,” McCurley said.

“It’s just a big push for two years to make it.

“This year we thought we’d train a bit harder, get a bit fitter and lose a few kilos so now I’m fresh and looking forward to getting back out there.”

The Australian-Irish track star rounds out an international trifecta with her training regimen, which is largely performed with the John Beasley coached Malaysian cycling team in Melbourne.

Since her debut for Ireland, the multiple Victorian and Australian title holder said distancing herself from the traditional cycling pathways in Australia had been beneficial for her development.

“It’s improved my racing a lot; within Australia you’ve got the best girls here,” she said.

“I’ve always grown up with the best so moving out and racing people from other countries has sort of opened up a few more doors racing for Ireland.”