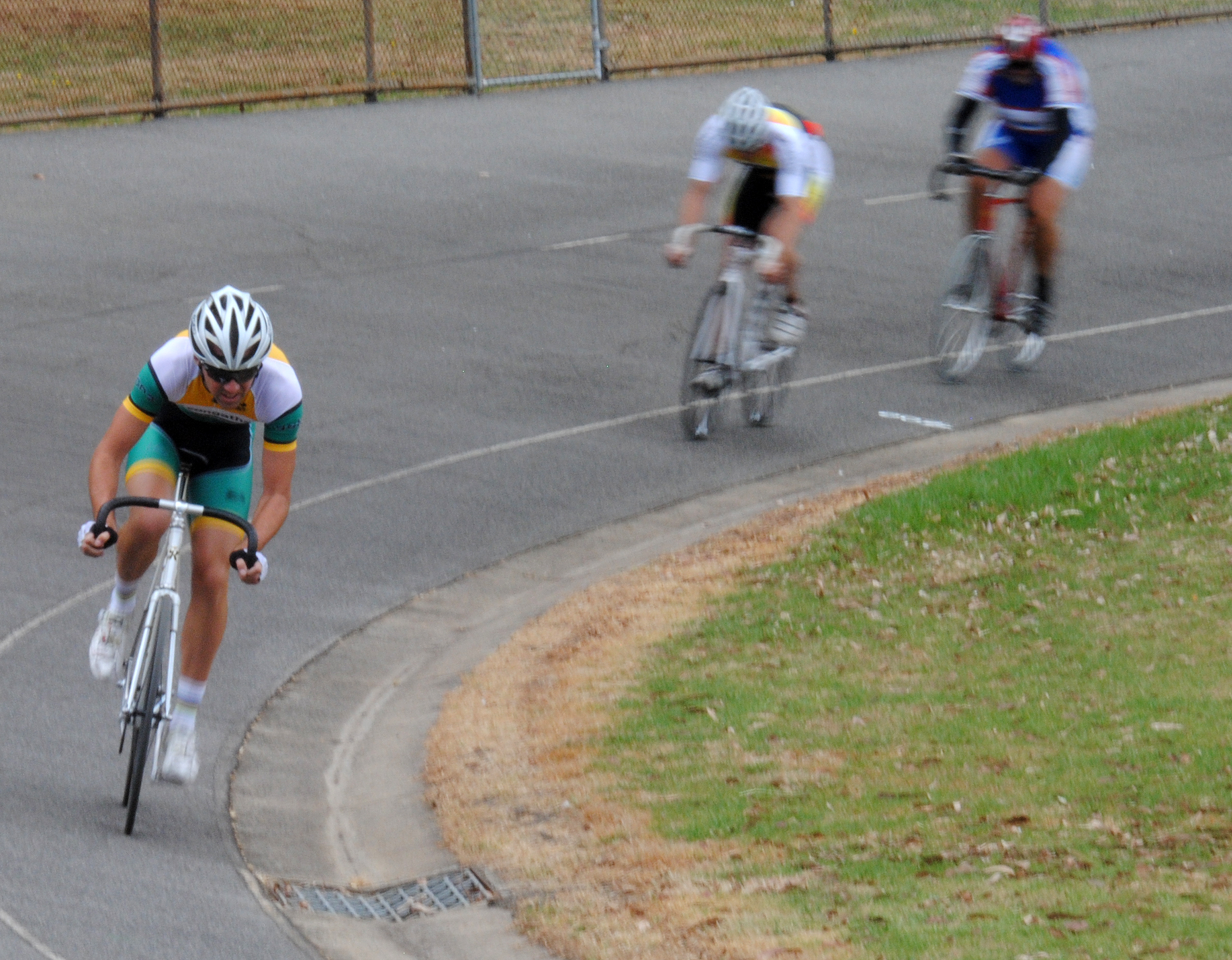 The Leongatha rider nabbed the lead on the final corner and sprinted away from the field to win by an impressive margin.

LCCC spokesperson Wayne Tunks said while little was known about Meadley before the race, the field was quickly alerted to his quality.

“He was a bit of an unknown quantity; I asked a few people from Leongatha about him and they didn’t know him that much because he’s only just joined the club down there,” he said.

“I had him at 130m with a question mark… but he probably would have won anyway (had he started further back).

Traralgon’s Danny Gafa had a prosperous meet, winning the A grade 12-lap scratch race and A grade Keirin final.

The first ever women’s only races were well received, with Warragul riders taking a clean sweep of the feature 2000m Clem Fries Wheel Race.

Sharon Gordon came in first off 240m, Leanne Coupland managed second in her debut race on the track and Mariah Dastey claimed third.

“It was fantastic (the female only events); they thoroughly enjoyed it,” Tunks said.

“I’ve had a lot of feedback on Facebook about it and the girls themselves on the day were absolutely rapt.

“We’re going to put it on again next year and the ladies’ races were certainly a success.”

Three riders, Martin Lama, Chris Broeren and Gervaise Christie, in the field of 46 were Melbourne based, and 2012 under 15 national champion Tom McFarlane was also in attendance.

McFarlane won the A grade motor pace 25-lap event ahead of Gafa.

After the success of the women’s races, Tunks said the club would look to add an under 17 division to cater for juniors next year.