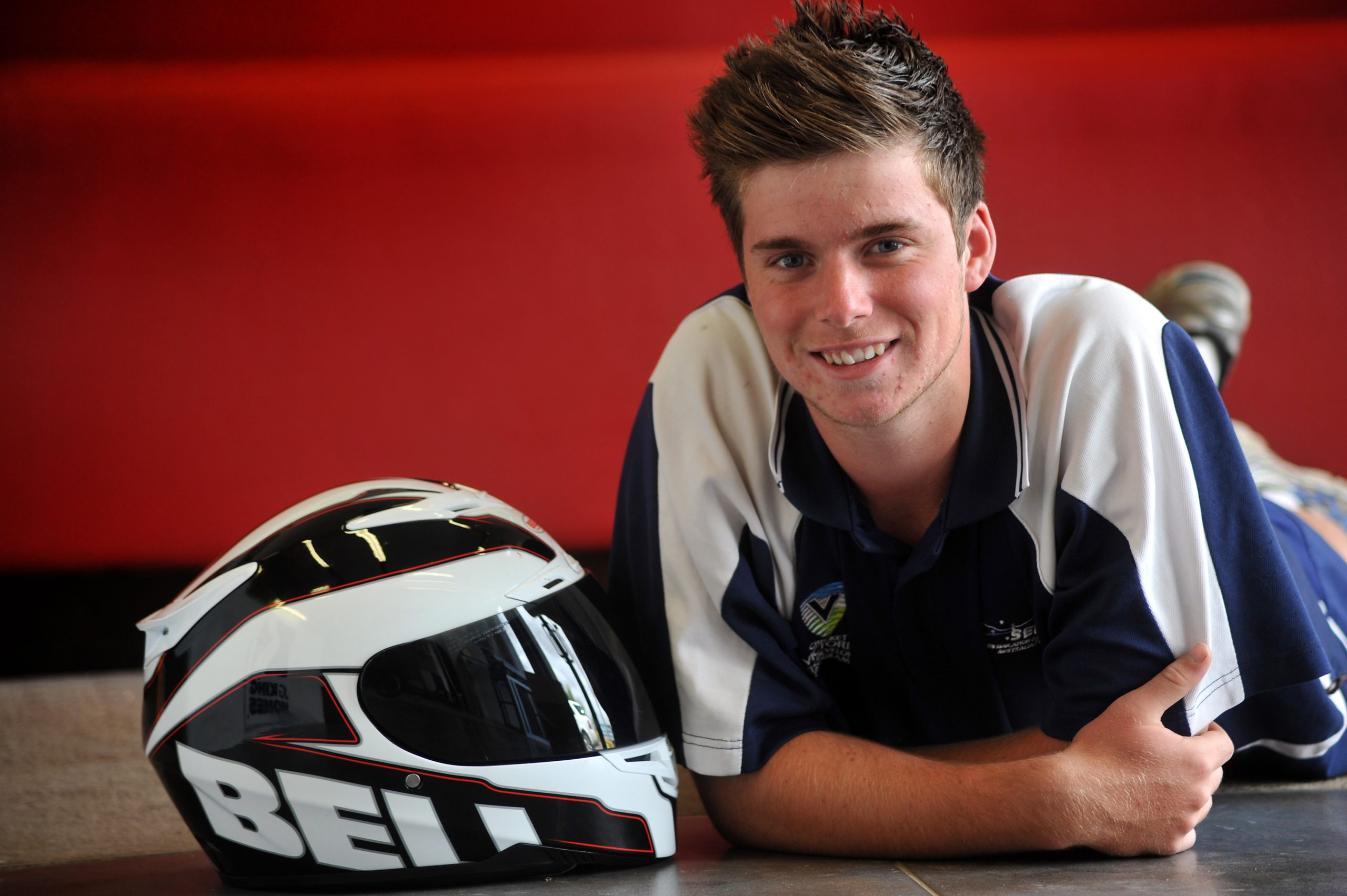 THIS time last year Ben Currie was a spectator at the Australian Superbike Championships and had never ridden a road race.

Next month the world will be watching the Glengarry 17 year-old when he is unveiled as a major international signing for a leading British Superbike team.

An incredible run of success in his debut 600cc Superstock season last year has fast-tracked Ben into Europe’s premier racing circuit, where he will follow the same path in the sport as Australian legend Casey Stoner.

As the feeding ground for MotoGP and World Superbikes, the British Superbike series is the ultimate frontier for up and coming riders.

“All the best have gone through this series before they’ve gone on to world championships,” Ben said.

“That’s the path we were looking at taking because it’s the best domestic series in the world.”

A fortnight ago Ben was gearing up for the Australian Superbike season with YRD Yamaha, with an eye to racing overseas in 2014, but opportunity knocked sooner than expected.

Offers from abroad came flooding in around Christmas, but the Currie clan declined all comers until their resolve to hold off another season was broken.

Renowned MotoGP personality Mark Bracks was instrumental in securing the move, and was prominent in convincing Ben and father Dean to make the leap.

Bracks has been a constant presence in Ben’s fledgling career, and helped the teenage talent with sponsorship and apparel last season.

“It really gives you a lot of confidence when someone like that jumps on board and goes, ‘look I can help you get places, I think you’ve got a lot of talent and I think we can do something’,” Ben said.

Ben’s prestigious racing team, whose identity is embargoed until an official announcement on 6 March, will follow a three-year phased approach with their new acquisition.

This year will be a development season, with no expectation on results.

Season two will be a push for the championship and 2015 will lay the foundation for a move to the international circuit.

“It’s not just throwing him in the deep end and saying ‘win the championship’,” Currie said.

“It’s a planned approach and that’s why we’ve said yes.”

Oblivious to his opposition, Ben said he would not be overawed racing against the world’s best under 25s when the season begins in April.

“I’m going to go there as nobody and I want to build up slowly and go through the ranks; I don’t want to go there with a bang then fall away,” he said.

“I don’t really know anything or anyone; I’m going there blindfolded and I’m not going to get intimidated by anyone.”

Adapting to life away from home, however, looms as a more daunting proposition.

“Obviously there’s going to be times over there where it gets tough and I’m going to be like ‘where’s Mum when I need her?” he said.

“But I’m going to have to learn pretty quickly how to deal with that sort of stuff.

“It’s going to make me a better person when it all ends.”

With anticipated crowds of up to 50,000 for each round of the series, the rise to prominence has been rapid for Ben, who is still yet to race a national event.

Ben is scheduled to fly out next month, and will squeeze in a few test rides prior to the first round of the championships from 5 to 7 April.