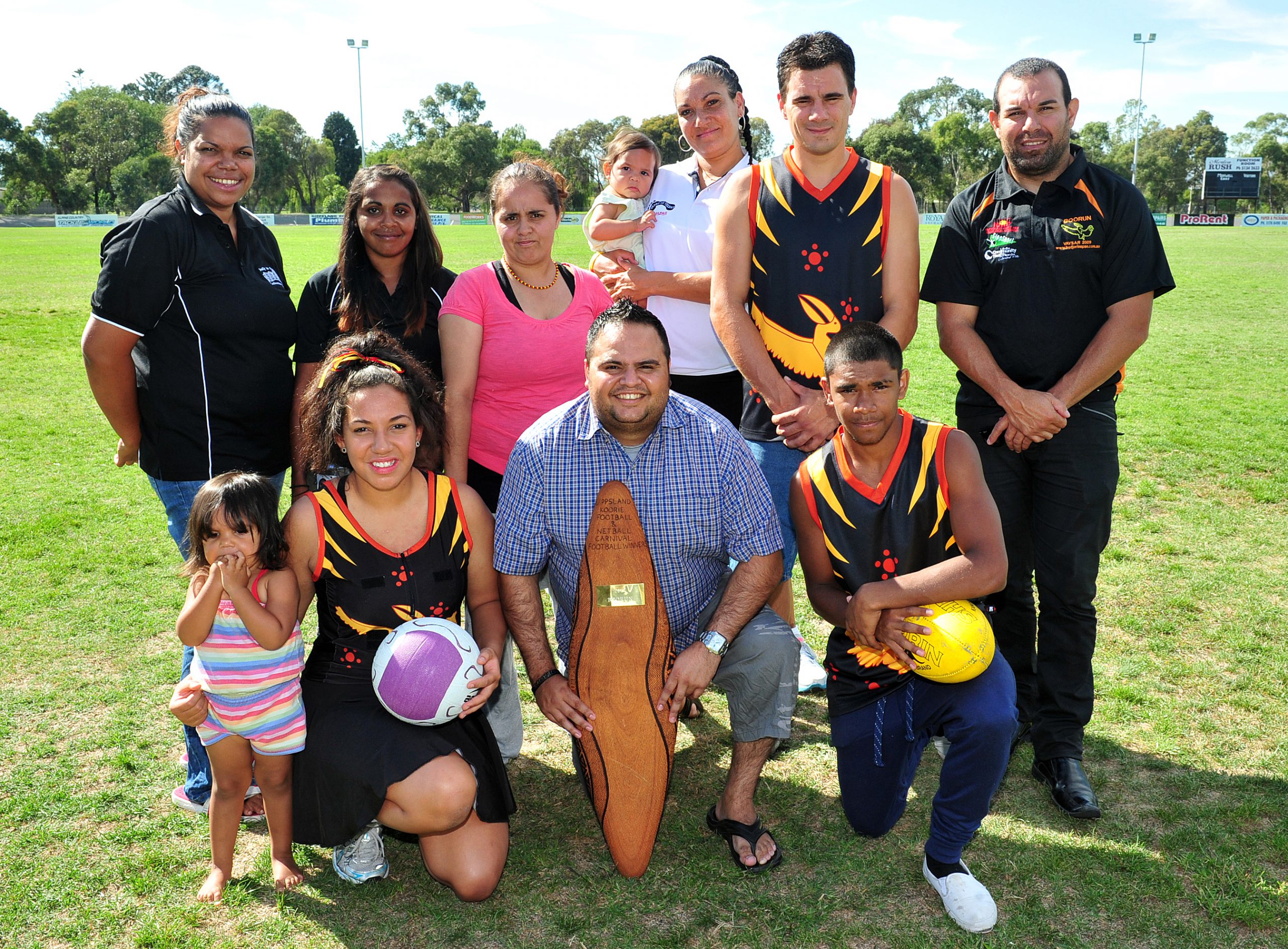 HAWKS, Demons and Vixens are set to join Gippsland’s indigenous community in a cultural and sporting celebration on Sunday at Ronald Reserve, Morwell.

The second annual Budjeri Napan Gippsland Football and Netball Carnival will be attended by Australian Football League players from Melbourne and Hawthorn, including Aaron Davey and Shaun Burgoyne, who lend their names to the carnival’s junior football shield, and Vixens goal shooter Karyn Howarth.

The trio of sporting superstars will lead junior Auskick and netball clinics on the day in addition to a Football Federation Victoria soccer clinic, while open AFL and netball competitions take centre stage.

Under 16 East Gippsland versus Central West Gippsland exhibition matches, for football and netball, will also be held in an effort to create a pathway for Koorie children to get involved with their local clubs.

Budjeri Napan committee member Peter Mongta said the event filled the void left by the now disbanded state-wide Koorie football netball carnival, and was an opportunity for the community to connect in a positive forum.

“It’s a community gathering which we see as a really important thing; it’s one of the only opportunities (where) the community gets together outside of a funeral,” he said.

“(It’s also about) getting our community more active and participating in a healthier lifestyle.”

Ten netball teams and four football sides from across the region took to the field in open competition last year, and Mongta is hoping for an increased turnout this year.

The brand of AFL is slighlty modified, with relaxed rules and small sided teams allowing participation for all.

“We did that so more communities could enter teams,” Mongta said.

A raffle will be held with three signed AFL jerseys up for grabs, and a free barbecue will take place from 4pm. The carnival begins at 9.30am with grand finals for both sports to be completed by 6.30pm.

All are welcome to attend; for more information or to enter teams phone Peter Mongta on 0407 875 784.