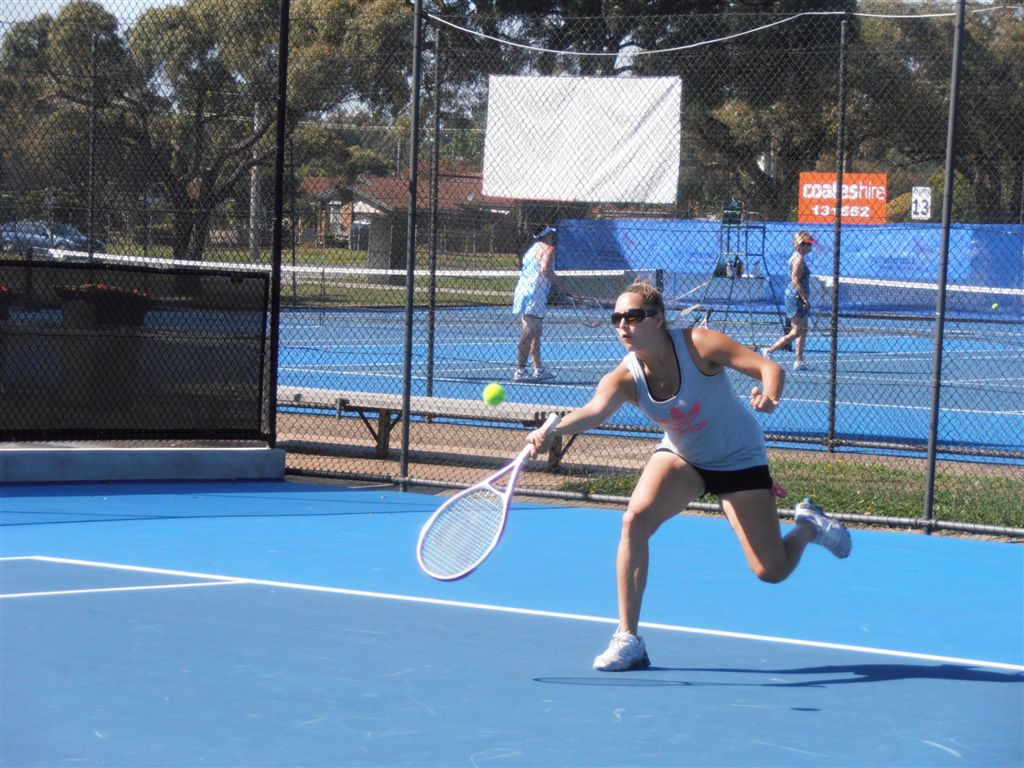 HOT conditions made for fast and competitive tennis in all round four Traralgon Tuesday Ladies Tennis matches.

In yellow division, the game between Myrtle and Elm started at a cracking pace.

Nicki Townsend and Emma Robinson went down in the first of three tie breakers during the match.

Myrtle bounced back to win the second set eight games to six.

The match was in the balance until the final set when Elm put the foot down to claim the set and the match.

Ash and Pine battled it out and, despite having to forfeit its last set when a player succumbed to the heat, Ash clung on to win.

Gillian Van Iwaarden filled in for Ash and was the difference between the two teams.

The match between Oak and Willow was a tight affair.

The final score was Oak, four sets to Willow, two sets, with both teams equal on games.

Heidi Devlin for Oak played well to take her three sets, two of which were tie-breakers.

Despite Pine’s loss it retained top spot with a one point lead.

In green division, Elder and Gum went blow for blow throughout the first four sets.

Elder eventually wilted in the heat and went down in the last two sets.

The Birch and Bay clash saw a forfeit called by Bay due to a player being stung by a European wasp.

Maple and Gum share top position after round four.