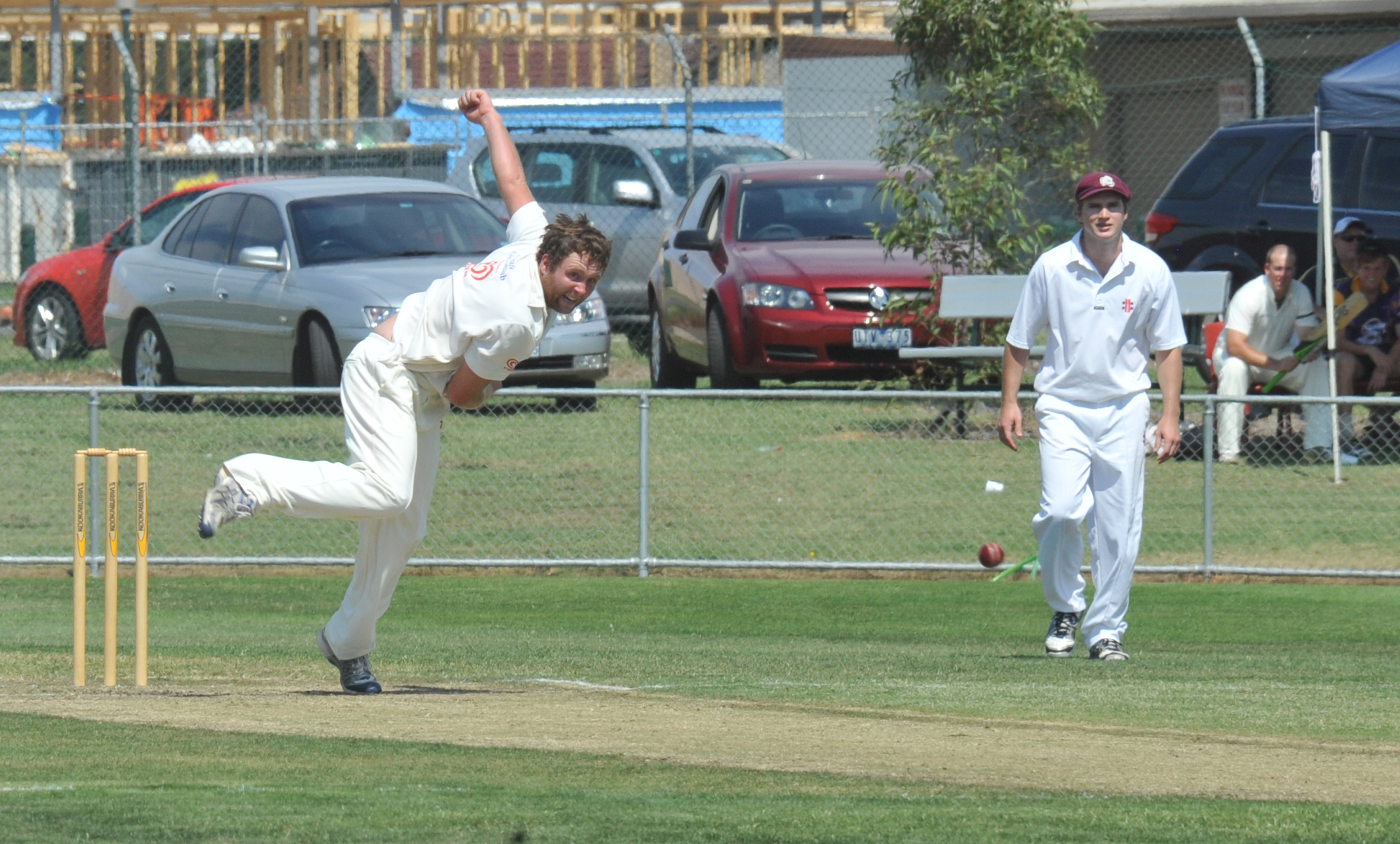 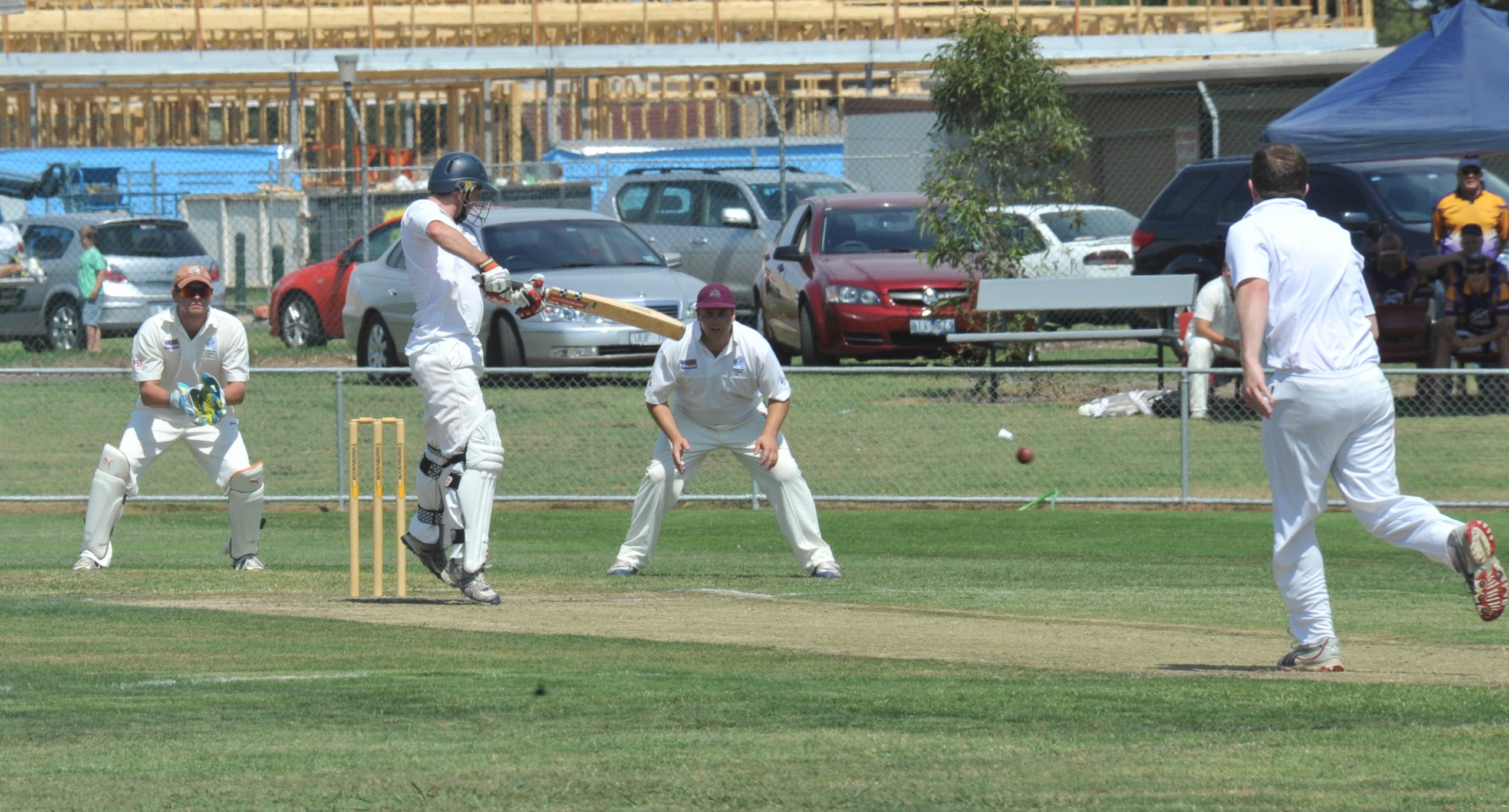 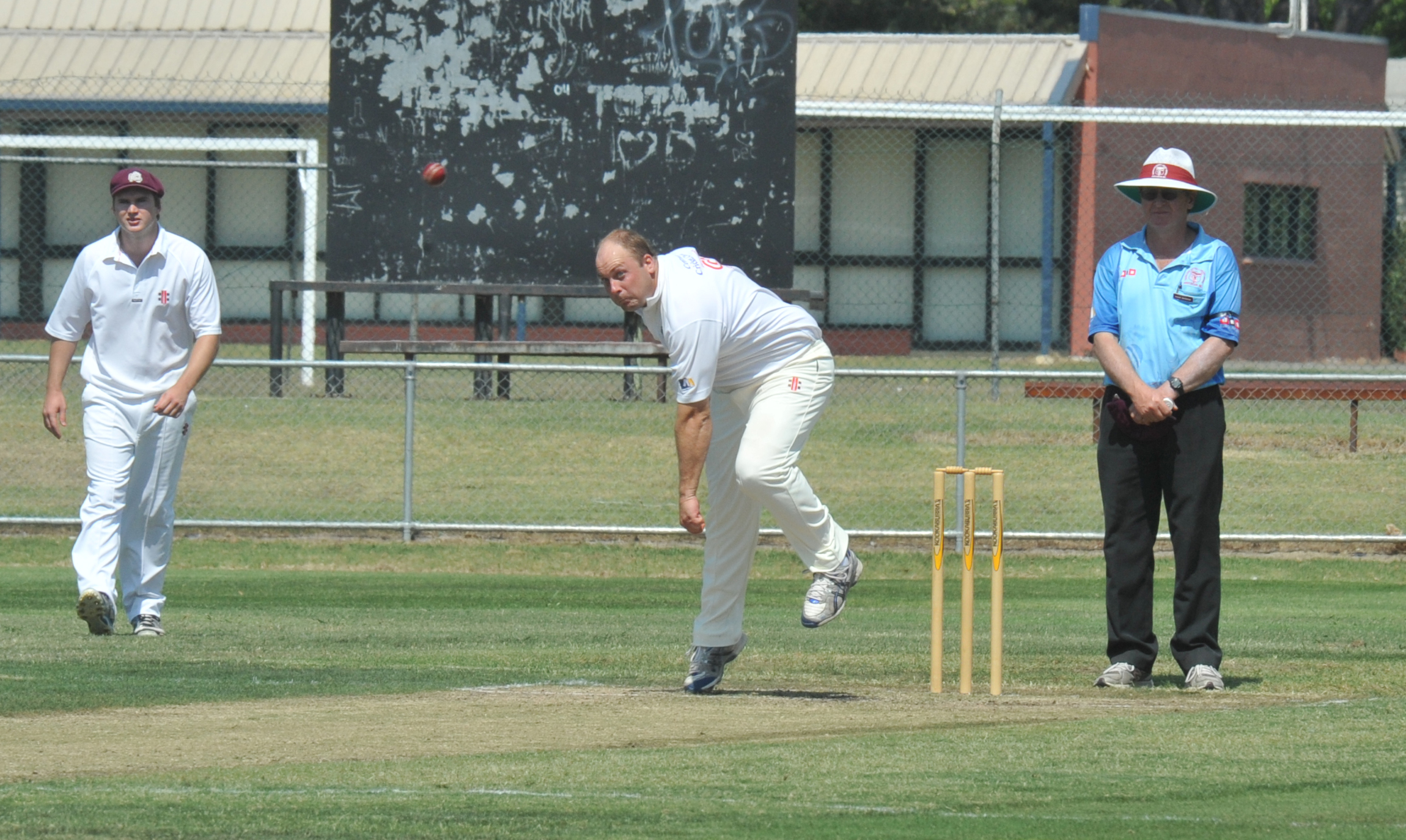 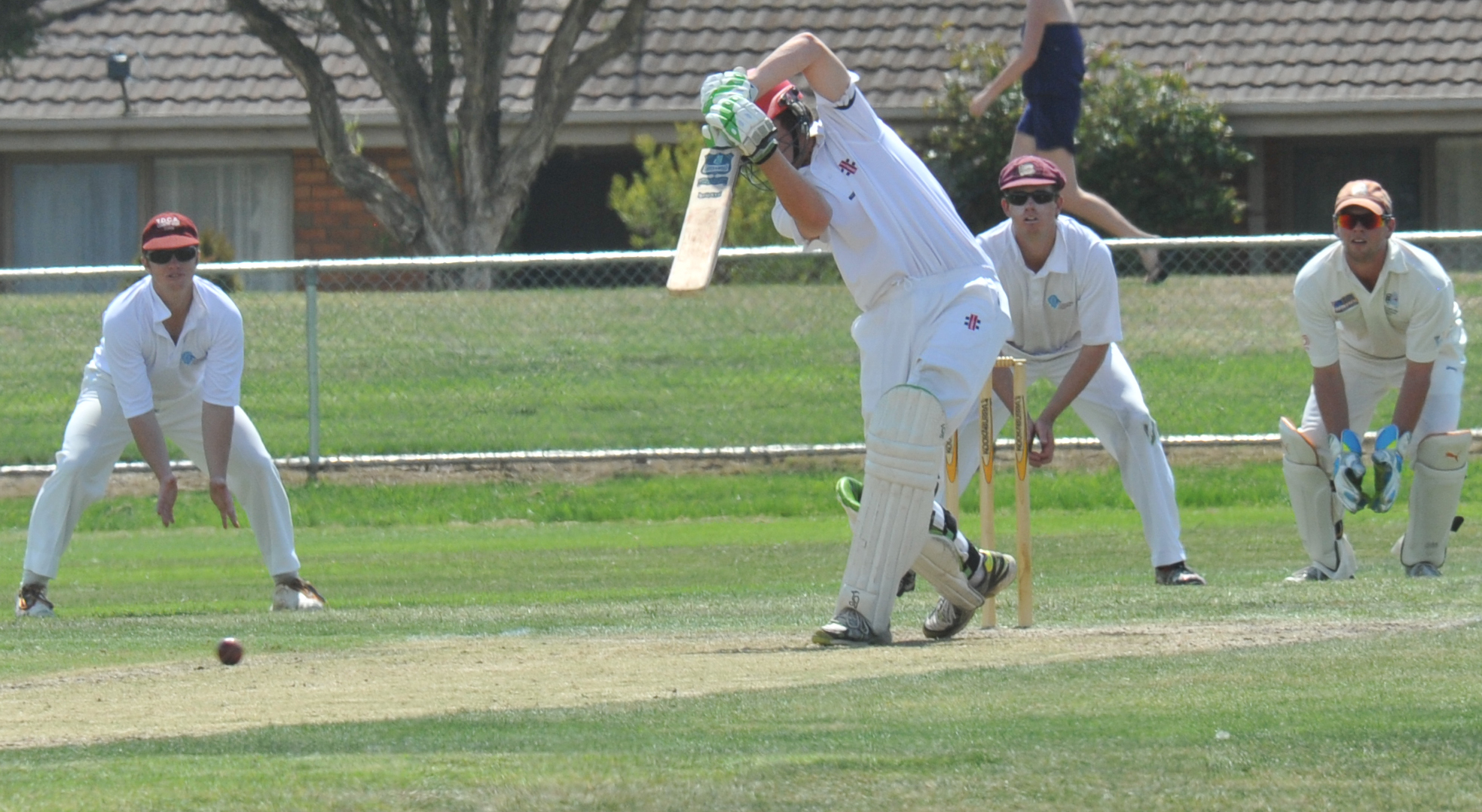 EX STUDENTS were relieved when Centrals captain Dean Rode called the toss incorrectly and Lee Stockdale had no hesitation in batting.

The game started at a frenetic pace when Barney Webber went into twenty20 mode taking 10 off the first over.

Webber looked to be in good touch before a miscued drive was caught at mid off and he went for 16. Not long after Jimmy Pryde was out for six, and when skipper Lee Stockdale was caught for 10 the Sharks were 3/50.

A terrible mix up saw Rory Hare run out for 25 to leave the Sharks floundering at 4/93. Jordy Gilmour and Rick Battista turned on a brilliant rescue mission to take the game away from a tiring Centrals side.

Gilmour marked his return to the side with a majestic 63.

Battista was superb, punishing the short ball to top score with 82.

Rob Voss has enjoyed a great year with the bat and chipped in with a hard hitting 40.

After 80 overs Ex Students emerged from the rubble with 274.

Marc Fenech took 3/60, while Mark Rawson and Corey Pollard both took two wickets. Centrals started the chase cautiously on Sunday and runs were hard to come by with Webber and Voss bowling tight. Jamie Hall was first to go at 13 and when Nick Stevens departed for nine the score was 18. Disaster struck at 20 when skipper Rode was out LBW for five.

GORMANDALE was giddy after winning the toss and batted first.

Grantley Switzer (30) and Kade Joske (31) put on a steady 63 run opening stand before both were dislodged.

Glen players were elated when the prize wicket of Adrian Burgiel was taken for 19 as the Tigers fell to 3/82.

There was more trouble for the Tigers when Travis Switzer fell one run later, leaving the defending premier reeling at 4/83.

Kent Hammond (16) and Rob Darby (15) steadied things but after their dismissals, and the wicket of Danny Smith, the Tigers were in strife at 7/116.

Glengarry had the upper hand and was closing in at 9/143 as the Tigers faced the prospect of a sub-150 score.

Enter Will Cheatley and Adam Brady, who, in one of the best last wicket partnerships in TDCA history, put on a game saving 85 run stand to take the Tigers to 228 all out.

Cheatley top scored with 60 and Brady contributed a brilliant 44 not out.

The game changed as Sam Marks and Hayden Ross-Schultz set the foundation for a Glengarry win with a 102 run partnership.

Ben Marks, batting at six, and Lachlan Little put on 22 runs before Marks went for 13. Little battled hard but fell for 19 with 39 runs left to win. The tail tried hard but couldn’t withstand the finals pressure as Glengarry was bowled out for 202.

A fast and ferocious spell of bowling from Burgiel spanning 22 consecutive overs saw him claim 6/32, while Shaun Barbour’s 16 overs yielded 4/50.