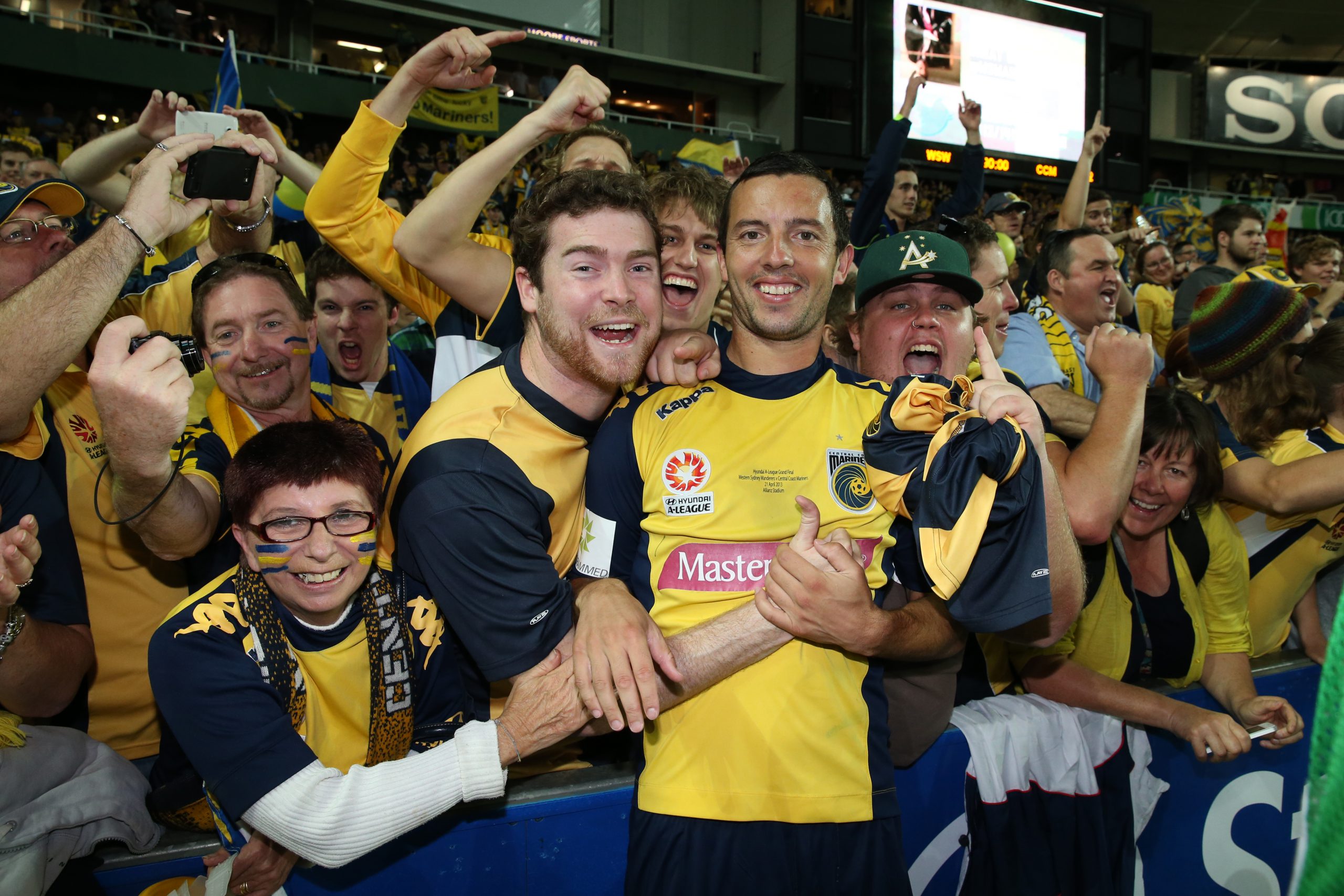 CENTRAL Coast Mariners captain John Hutchinson reached the pinnacle of Australian soccer on Sunday night when he lifted the A-League championship trophy, but the Morwell-born midfielder has not forgotten where he came from.

Droves of Morwell Pegasus patrons lined the stands at Sydney’s Allianz Stadium in a show of solidarity for their former clubmate, postponing their Gippsland Soccer League south league debut to witness the Mariners’ maiden premiership, and ‘Hutchy’ was grateful for their support.

“I know it was a long trip for them but it was a fantastic feeling seeing them in the grandstand at the end of the game cheering and hugging all the boys,” John said.

“We had some really good celebrations in the change room at full time and all the family was in there, we pride ourselves on being a family club and it was a moment I’ll never forget.

“I never thought I’d have the opportunity to lift the (A-League) trophy and to be club captain is amazing; I was very proud of where I come from.”

The 33 year-old Maltese national representative made his name in the National Soccer League for Gippsland Falcons, Eastern Pride and Northern Spirit, but began his career playing for Pegasus at the age of three.

His precocious talent was recognised from day one, and John became a regular in the Pegasus under 16s at age 11, and the senior team at 13.

The wunderkind was scouted by then Falcons and former Socceroos coach Frank Arok, who took John under his wing and trained with him every morning, before he was eventually snapped up by Northern Spirit in 2001.

“The club helped me a lot, Morwell Pegasus is a great club and back then a very strong club,” John said.

“I’m very thankful for my time with Pegs and when I moved over to Falcons and all the support people gave me over that time was wonderful.

“You’ve got to believe in yourself and never stop dreaming of making it; and I always say to kids if you believe and work hard you can get there.”

Hutchinson’s father and coach of Morwell Pegasus’ GSL south division team, Paul, was in the stands on Sunday night to share his son’s dream.

“It was something I’ve wanted to see ever since he moved to Sydney and started playing with Northern Spirit, it was 10 years in the making so it was awesome,” Paul said.

“To see him hold it up was something I can’t describe; It’s been 30 years and I’ve enjoyed the journey.”

“They did the win for the fans but as a club and a team, it’s a very small club, it reminded him of his Falcons days in the NSL; the team spirit is just something to behold.”

Paul said John’s success showed Gippsland juniors it was possible to reach the top from the Valley, and that playing at state league level was the way to get noticed.

While the pathway is there, Paul said hard work was key to going all the way.

“I knew (John) was special when he was a three year-old, that he was good enough to go somewhere, (but) he had the dedication even as a kid to do what he did.”

Thompson said even as a scrawny teenager John held his own against the men, and was destined for greatness.

“From 10 onwards it was obvious he was exceptionally good for his age,” Thompson said.

“He had a lot of quality and skill about him and had to go on to the higher level.”

Thompson said there were several boys as good, if not better, than John in the same age group, but John had one important quality the others lacked.

“They didn’t have the heart; he did and reaped the rewards for it.”