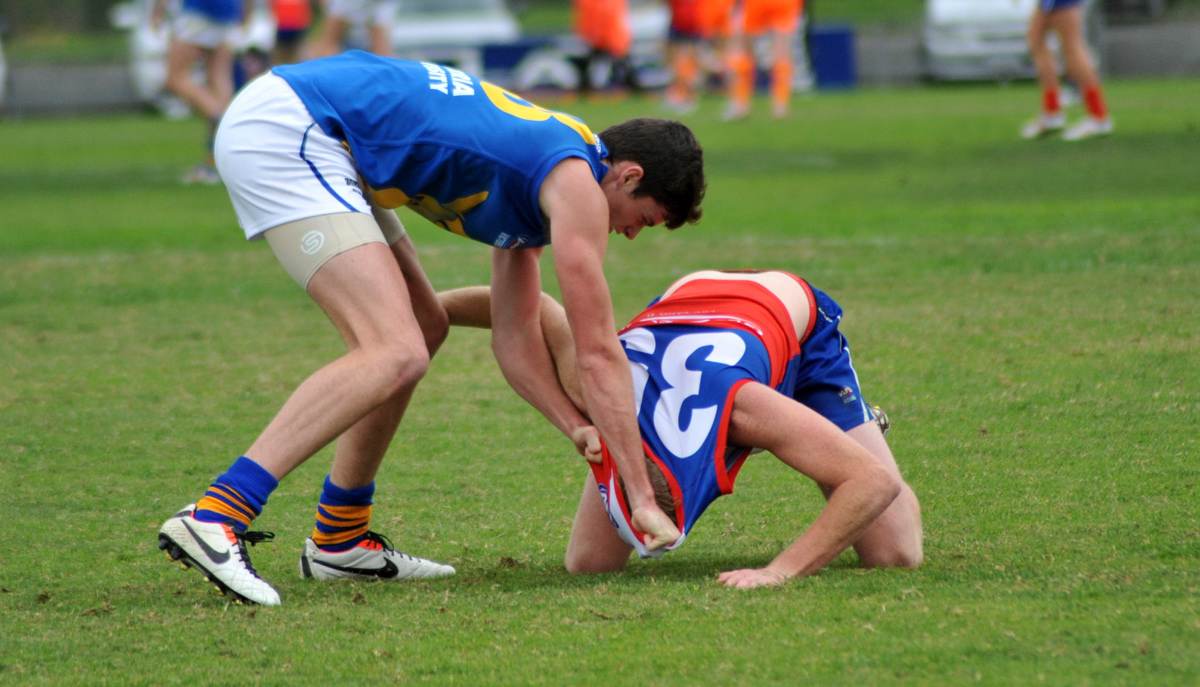 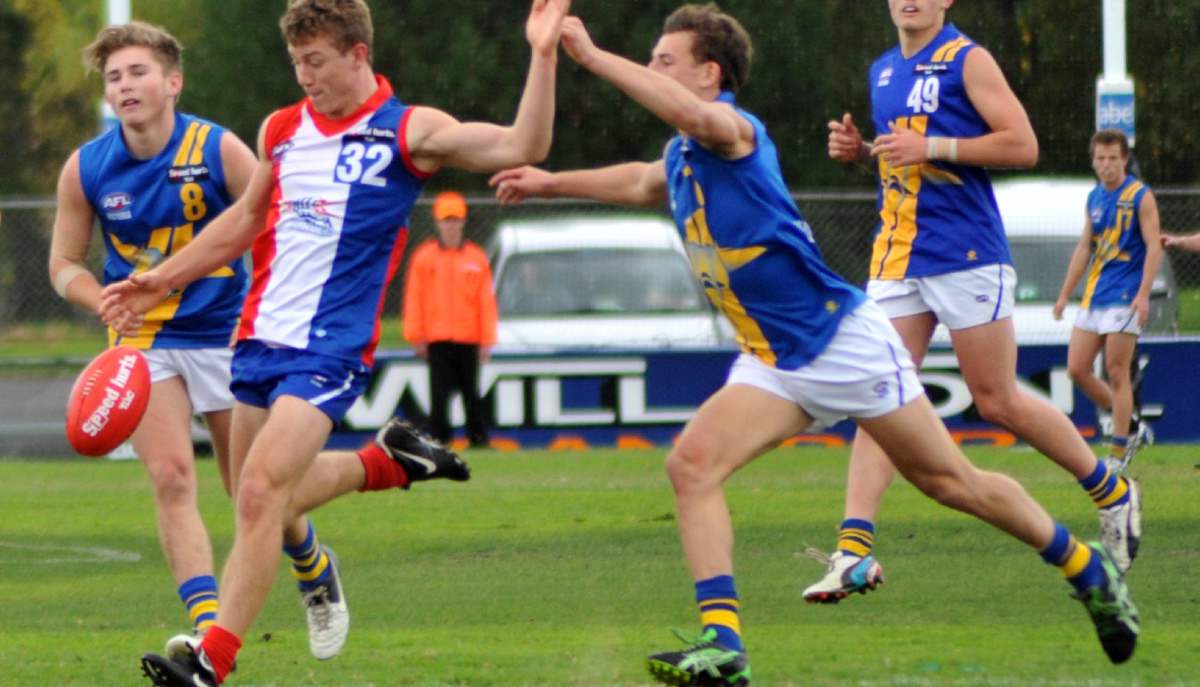 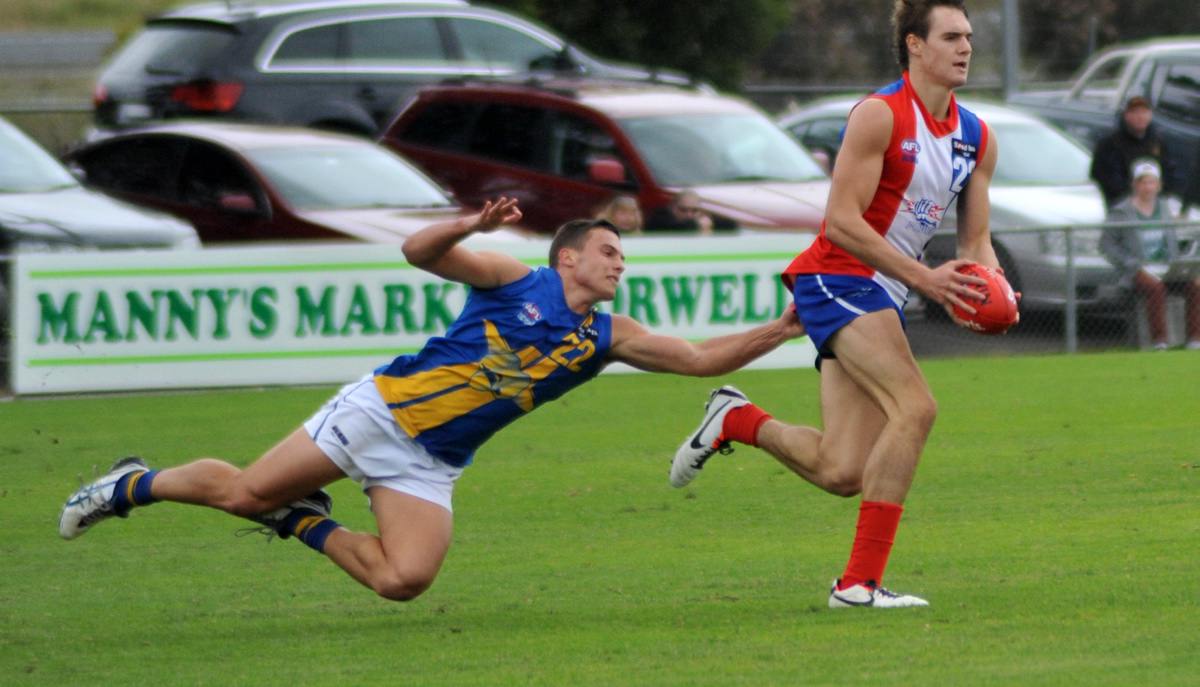 In keeping with last week’s ‘ugly’ win, a lacklustre Loy Yang B Gippsland Power did just enough to get by the Western Jets yesterday at Morwell.

After looking ominous in the opening 10 minutes of the match, the Power struggled to be as dominant for the rest of the game.

Ben Kearns was back on deck fresh from a stint with Casey in the Victorian Football League and Troy Toussaint made his TAC Cup debut.

Captain Josh Cashman was a notable absentee and played his first of three games in the VFL. In front of a big crowd the Power was dominant early as Declan Keilty and Josh Scott combined to open the scoring.

Some good forward pressure by Alex Saunders resulted in a free kick and he found Jake Thomas for another major.

Clever ball use by Nate Paredes allowed Lachie Channing to crumb well off the pack for another before some quick, long and direct use of the ball by Liam Nash and Ed Morris found Saunders for the fourth goal inside of the opening 10 minutes.

The Jets hit back on the rebound for two vital goals but some good ball use allowed Thomas to kick his second before Channing set up Scott for another late in the term.

By the first break, the Power led by 24 points and had the Jets under control.

Neither side could kick a goal in the first 15 minutes of the second quarter until Saunders won a timely free kick to break the drought.

The Jets were able to exploit poor ball use by the Power and found two goals of their own.

Some classy play by Nathan Dennison allowed Scott to boot a vital goal but the Jets exploited indifferent defence to reduce the margin to 17 points by the long break.

Power coach Nick Stevens let fly with a rare burst of negative feedback to re-establish the game plan and the side responded positively when Alex Carr found Ben Kearns who snapped a fine goal. The Jets then managed two quick goals after poor Power marking and Carr had to pull off a freakish snap from the pocket to restore the status quo.

The Jets seized the initiative with three unanswered goals before an intelligent long disposal by Paredes allowed Scott to answer, but the Jets kicked another soft goal from the resulting centre bounce. It took some heroics by Nash, Carr and Kearns to earn Carr an important goal but the Power quickly gave away two more goals with defensive lapses.

By the start of the final term the Jets had a nine-point lead and were working hard.

A clever snap by Morris was followed by another from Saunders as Power kicked into gear, but the Jets would not be denied and grabbed another goal.

Some great vision and ball use by Saunders gifted Morris his second for the term and “Poombah” was at it again moments later to find Ben Thomas for a fine goal.

The Jets hit back again with another easy goal but the Power then used the ball well from defence and Scott was on the end of the queue to register his fourth for the match. As if on cue the Jets scored on the rebound but the Power finally sealed the result with a stunning mark and goal by Paul Pattison on an acute angle. Few Power players were switched on all day, but Ed Morris had a fine game in the Power midfield and later as an effective avenue to attack.

He tackled well in both positions and rarely wasted his hard-won possessions.

With the week off the majority of the Power group will be able to return to their home clubs, although coach Stevens will likely ask some key players to have a timely rest. Power will have a crucial test on return against Eastern Ranges.

The Ranges has started the season well and will ruthlessly exploit any deficiencies in the Power’s game.