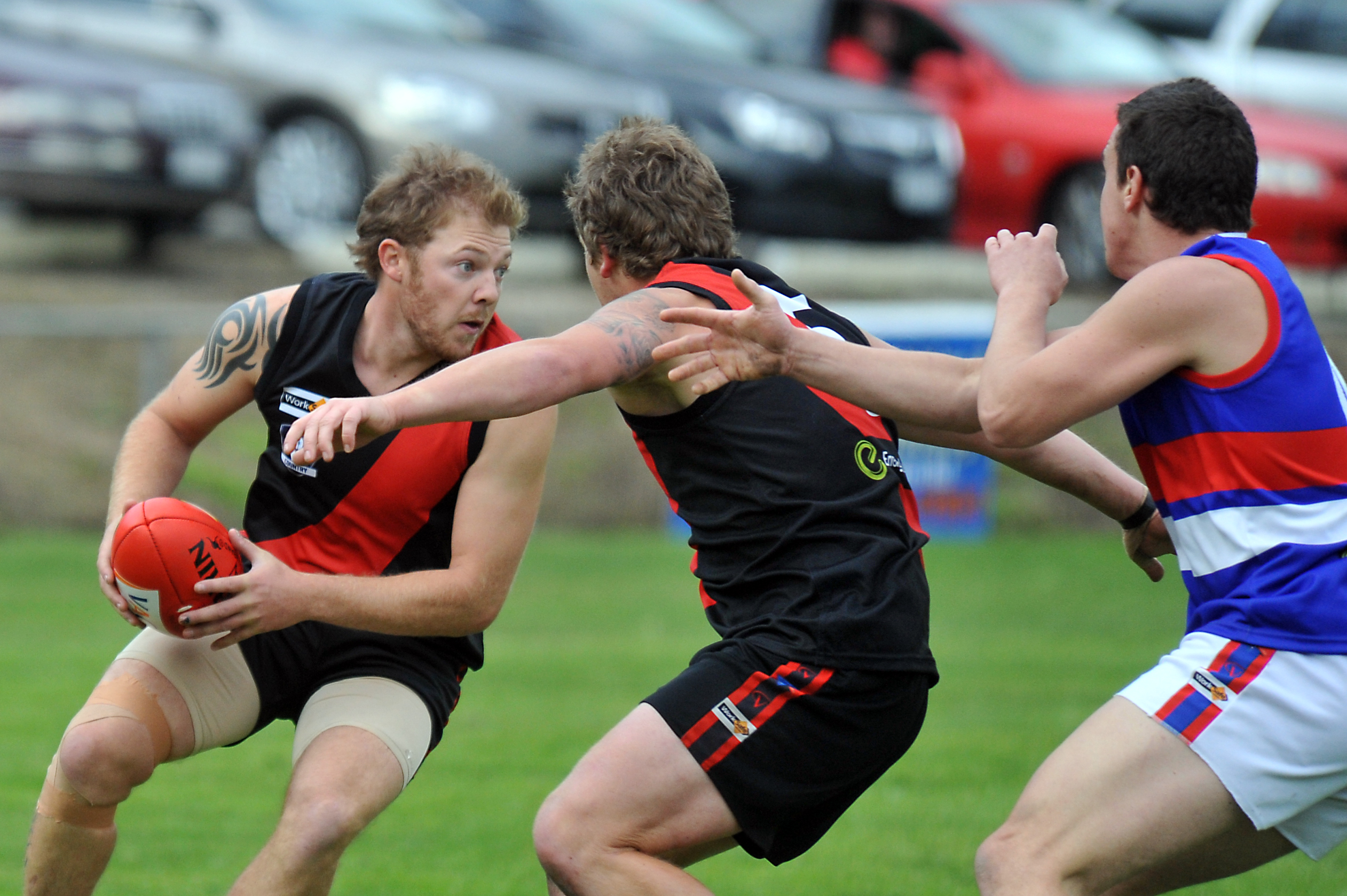 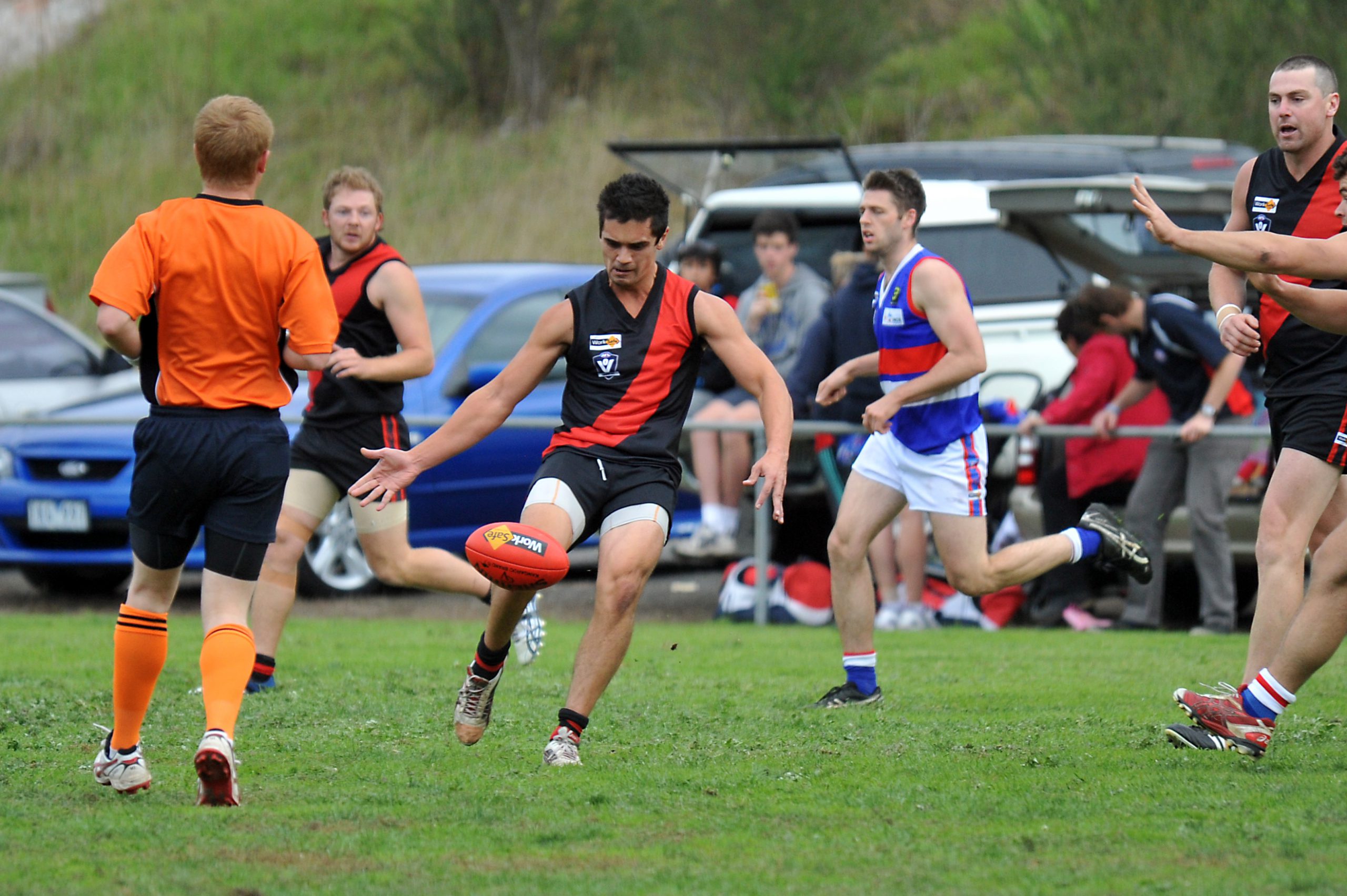 It was goal for goal early in the first quarter, but Mirboo North booted a late major to establish a 17-point lead at quarter-time, which it maintained at half-time.

The Tigers widened the gap to 28 points in the third quarter, but the Magpies brought it back to a two-goal margin by the final change.

Mirboo North came out hard in the final term and strung six consecutive goals together to put the victory beyond doubt.

The Magpies hit back in a late charge, but it was too little too late.

Tigers coach Troy Hamilton said he thought neither side played well in the first half, with light rain and a slippery ball the catalyst for an inordinate amount of handling errors.

“I thought we played in fits and starts, we played well in patches, bad in patches… (in) the second half I thought both the start of each quarter we really got on top, we really bought in and did the right thing and then we let off,” Hamilton said.

Yinnar coach Sam McCulloch said he felt the Tigers wanted it more in the end, and his side rolled over.

“We don’t play consistent enough. We will play a good quarter or a good half a quarter and then drop off for 10 (to) 15 minutes,” McCulloch said.

Boolarra coach Tony Giardina said after a hard-fought first half he thought the Demons’ run and ability to hit targets made the difference in the third and fourth quarters. With seven senior players out on Saturday, the Demons displayed the strength of their depth.

“It’s given our depth a bit of a challenge. And I think the new blokes coming in are holding their own, so that’s been really good,” Giardina said.

Boolarra remains in second spot on the ladder behind Mirboo North and ahead of Trafalgar, each with four wins, while Morwell East has slipped into seventh.

Injury struck Yarragon in the first and second quarters, with Sam Clebney, Sam Cougle and Leigh Carroll going down, leaving the Panthers without a bench for the majority of the game.

Yarragon coach Anthony Pavey, who injured his hamstring in the third quarter, said his side “fought on quite well” considering the lack of rotations available.

The margin was close all day, with neither side maintaining a lead of more than a couple goals at any stage.

Scores were drawn at half-time, but the Hillmen got out to a 10-point lead with a goal right before the siren sounded for three-quarter-time.

While Yarragon fought to within a goal, the Panthers could not catch up to the Hillmen, who are now at three wins, two losses and in fifth position on the ladder.

The Bulldogs rectified their record of slow starts this week and instead held the opposition goalless in the first quarter.

Their lead would have been greater if not for wayward shots on goal.

With this win Newborough clawed into fourth position and is working its way up the ladder.

The Bloods got out to a good start at Thorpdale and were in front by 21 points leading into quarter-time.

Trafalgar started the following quarter well, but the Blues worked themselves back into the game to trail by just 16 points. The Bloods then booted six goals while holding the opposition goalless in the third quarter and the margin changed little in the final term.

Thorpdale coach Brett Sherriff said the Blues worked hard in their fruitless third quarter, but had a few lapses and were unable to kick a major, while allowing the Bloods to kick “easy goals”.

He said while there were things to work on, there were positives to take from the game.

“Both of those sides we played the last two weeks would have really flogged us last year. We’ve sort of turned the corner a little bit, just marginally, we just have to get a little bit better,” Sherriff said.

In the reserves Trafalgar had a win for Bloods footballer Paul Taylor who played his 419th senior/reserves game, creating a new club record.