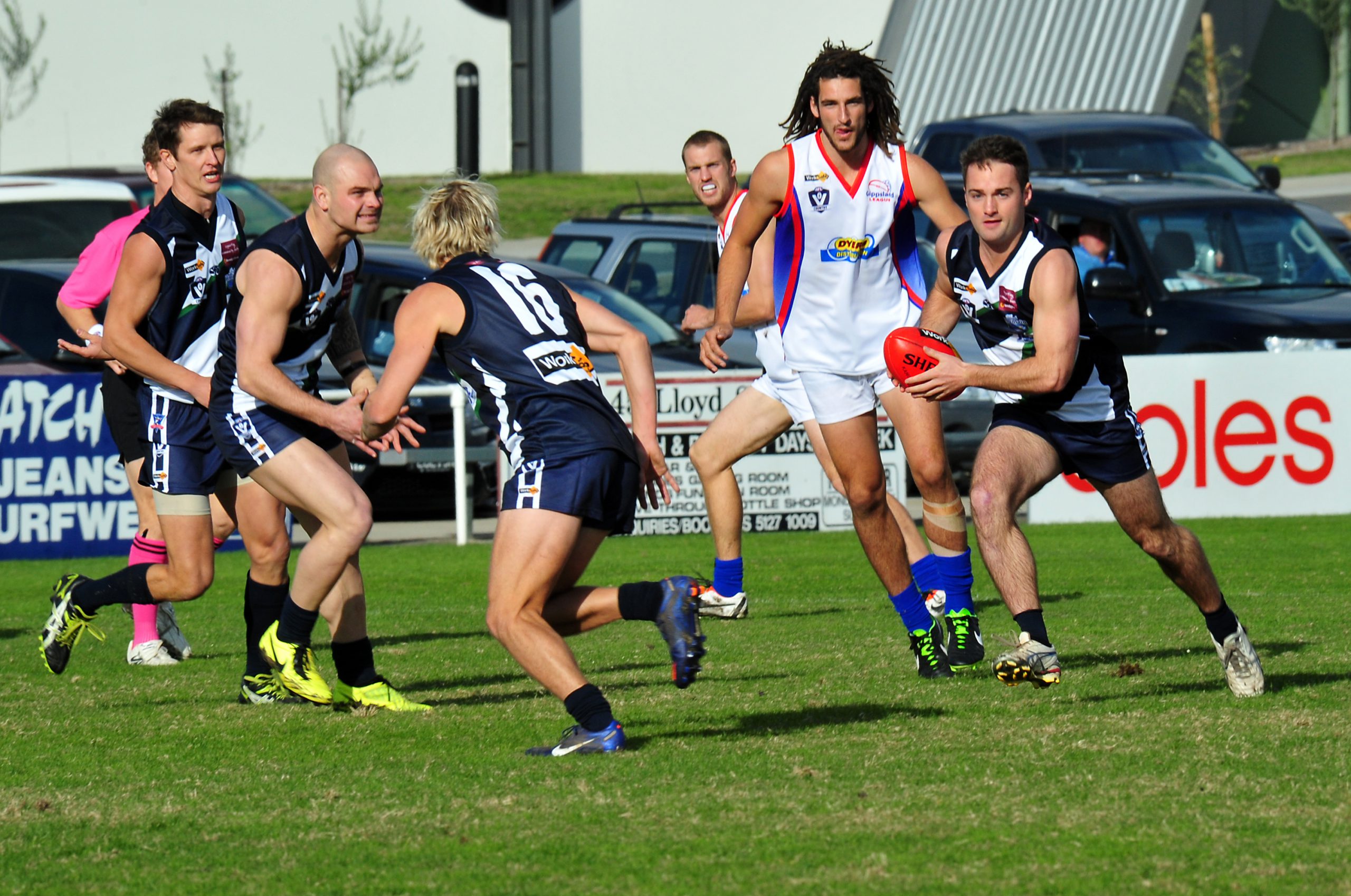 THE Gippsland League moved to eighth in the Victoria Worksafe Country Championship rankings after a big win over the Yarra Valley Mountain District Football League.

A crowd of more than 880 packed Moe’s Ted Summerton Reserve to watch the competition’s all star team in action.

“Yeah I truly think so. Probably over the past few years we have been a few players off our best side, whether it’s been through injury or unavailability,” Collins said.

“If we get everyone across the league behind it, there is no reason we can’t get among the top five.”

The side was without several big names due to injury at the weekend, including Sale coach Matt Ferguson, Maffra full forward Darren Sheen and Traralgon forward Dan McKenna, however coach Hayden Burgiel was confident he had a young and fast moving team at his disposal.

He was proved right; the Gippsland League outfit looked the better side all day, but could not convert on the scoreboard early.

The coach used his half-time address to urge his side, which led by four goals, to get some majors on the board in the third term.

The team responded with a six-goal-to-none third quarter to lead the visitors by 62 points at the last change.

“We’ve got the win; let’s enjoy the quarter, enjoy the win and celebrate our goals,” Burgiel said at the final break.

The Gippsland League managed five goals to two in the last to run out an 84-point winner.

“It’s what we were hoping for… the boys were real good today, it was a really good team performance. All the set ups and game plans we gave them – they played it to a tee,” he said.

Captain Collins also praised the efforts of the top players in the league.

“Everyone just really played their role well. Mitch Davis was great up forward he kicked six goals and presented well and our half-back line was really good. Everyone just did a good job,” Collins said.

“It’s always good to be with a group of players, the best from all the sides, and it’s great to be able to look up the field and know that you have a group of really good, reliable players to play with; it’s a great honour (to be captain).”

Collins’ teammate at Sale Davis was the star with six goals but Morwell coach Harmit Singh was named best on ground, ahead of Matt Gray, Davis, Zac Vernon, James Blaser and Collins.

The Gippsland League was also victorious by 15 points in the under 18 match.