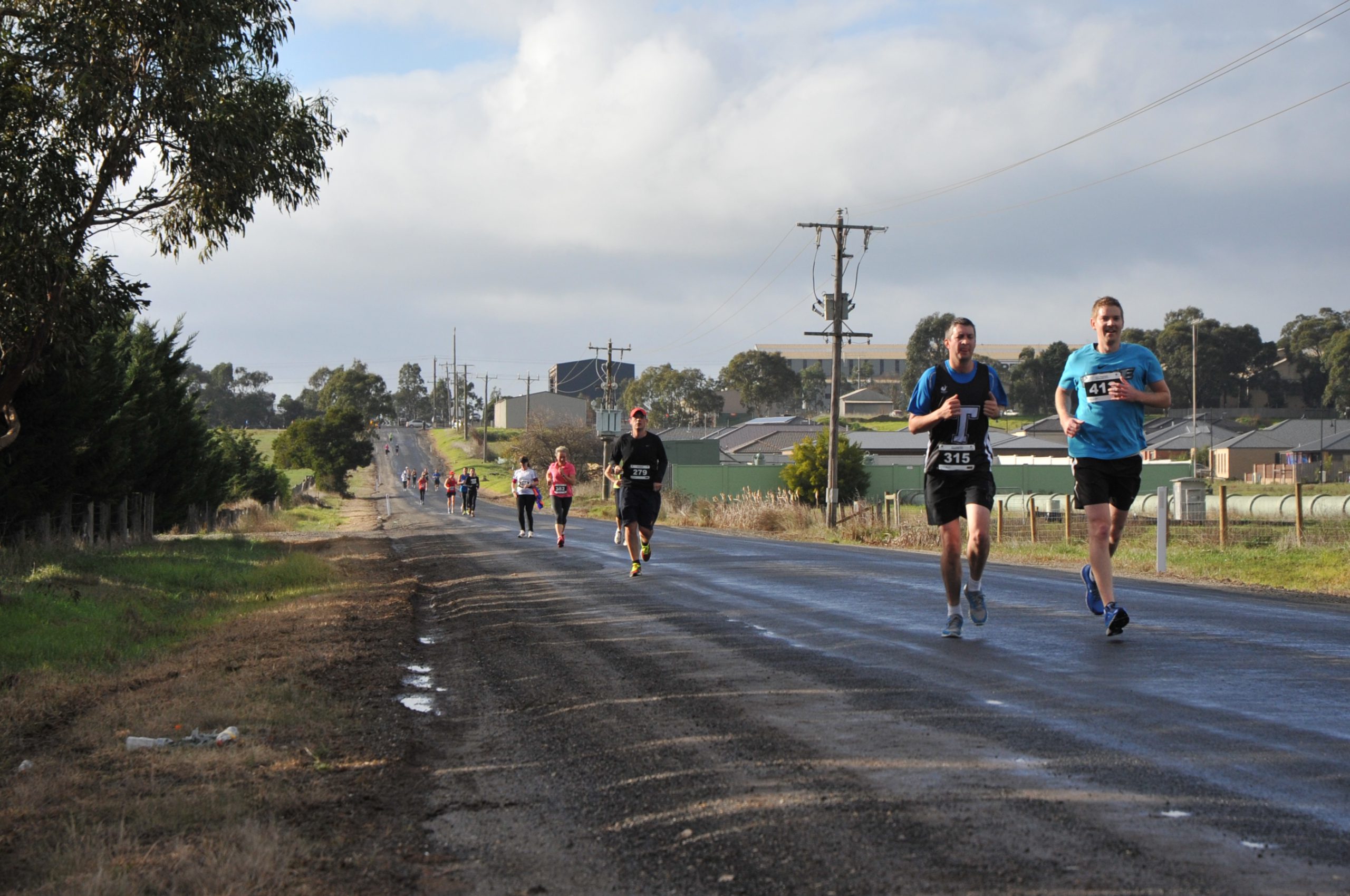 A RECORD field of 837 took part in yesterday’s 46th Traralgon Marathon and Running Festival, in support of Latrobe Regional Hospital.

About $19,000 was raised for the hospital, with Cameron Hall outrunning another 120 competitors in a time of two hours, 39 minutes and 55 seconds to be crowned the marathon champion.

“It was a fantastic day; there was a huge crowd and the weather was kind to us,” race organiser Will Hanrahan said.

“This is great for the community, getting people out and running, walking and being active, and everything worked out beautifully together.

“Everyone was happy and the community was happy – it was a feel good event.”

Hanrahan said the great support from the people, and the positive feedback, contributed to a wonderful atmosphere during the event.

“People made comments about it being Gippsland’s marathon and the enjoyed it,” he said.

“It was well organised; (master of ceremonies) Mat Cummins did a super job and he was fantastic.”

Hanrahan said he was particularly pleased with the team event, which attracted many groups.

He said LRH and Latrobe City Council entered many teams, with some schools also taking part.

“That sort of stuff is brilliant; in future we encourage more corporate groups to get involved,” Hanrahan said.