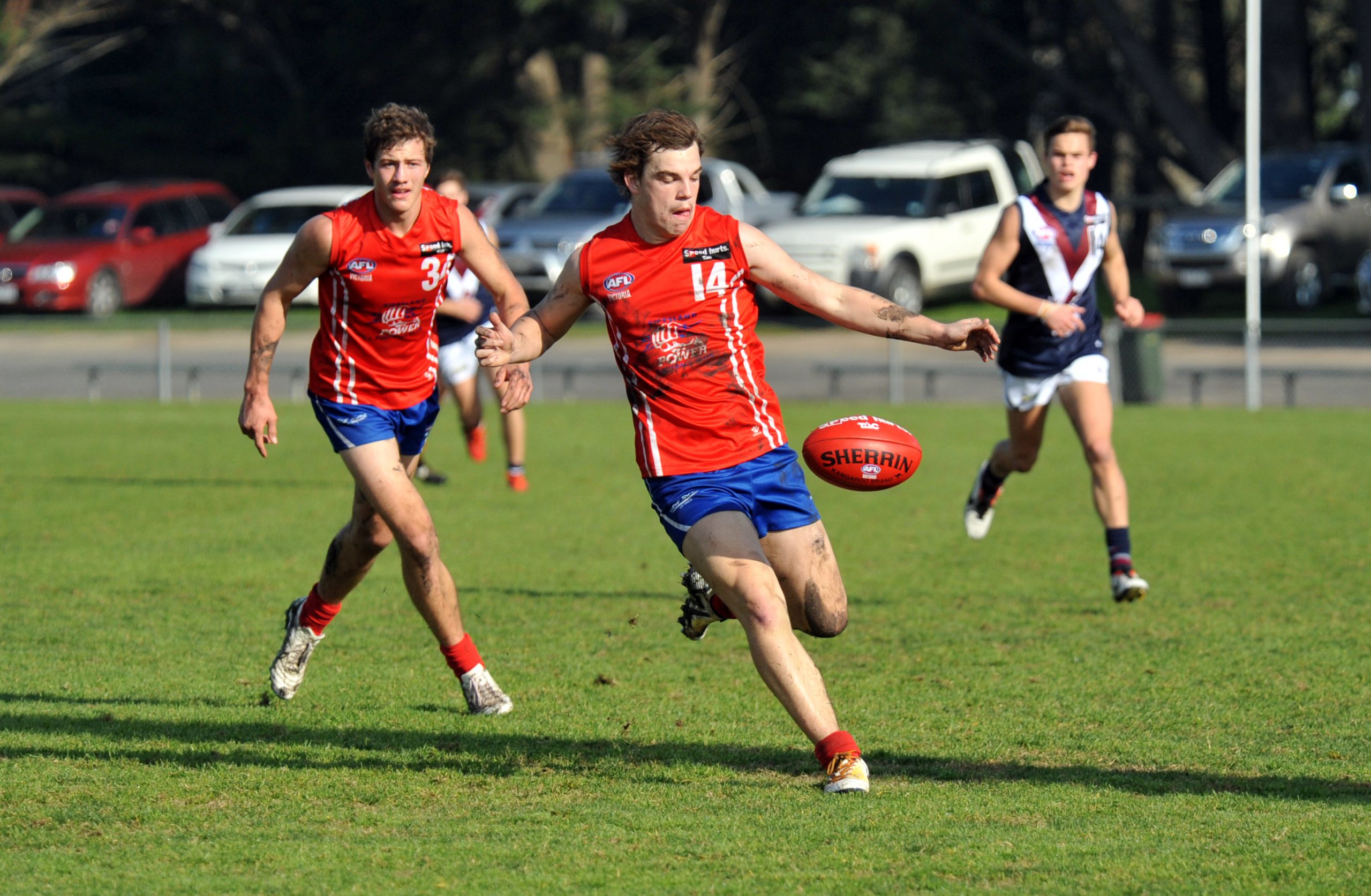 THE serious threat posed by the Sandringham Dragons failed to overwhelm Loy Yang B Gippsland Power who recorded a 29-point victory in round 11 of TAC Cup football.

Both teams were missing players due to state commitments and injury, but neither was prepared put in a second rate performance in such a critical game.

Talented youngster Bohdi Walker was a late withdrawal and Ash di Ciero was called up to face the music against the Dragons.

In a match highlighted by fiercely contested issues across the ground, the Power seized the early initiative and never conceded it.

The Dragons applied one-on-one pressure and forced the Power to go beyond their usually high standards in this vital area.

The midfield unit typified the side’s ability to meet such a challenge with six of this group having more than 60 tackles between them.

Neither side found scoring easy until the Dragons opened with a rebound goal after 10 minutes of play.

As has been a limiting factor in many games this season, the Power were wasting hard-won scoring opportunities and the Dragons again punished them for some poor defence

It took some more direct, long kicking by di Ciero and Carr to set up Declan Keilty for an important Power goal, before excellent forward pressure by Jake Thomas and Aaron Heppell helped Lachie Channing goal and give Gippsland a five-point lead at the first change.

Some excellent vision and skill by Heppell allowed Channing in for a fine goal to open proceedings in the second term.

Carr and Heppell linked up creatively to allow di Ciero to score another good goal.

Both sides were applying excellent pressure in contests across the field and it was difficult for either side to get any flow into their game.

This pressure by the Power forward group resulted in Ed Morris finding Rohan Hildebrand for another goal, Mitch Mustoe went long and direct into the forward line and Nathan Dennison snapped a great major.

With seconds to go in the quarter some sloppy Power defence gifted the Dragons with their only major for the term.

The Power went to the long break 25 points ahead.

The boys again used long kicking to advantage in third quarter when Mustoe and Dennison combined to set up di Ciero, but the Dragons then took advantage of some indecisive Power defence to score two goals

Russell then stopped the rot with a long bomb into the forward line which was well used by Channing to allow Dennison in for his second goal.

Instead of building on this good play, the Power again were indecisive in defence and the Dragons took advantage.

Sandringham was back in the match and the Power upped the ante with intense pressure, especially up forward.

Alex Saunders led the way by creating a goal scoring chance for di Ciero and then more of this team-oriented hardness resulted in a great snap by Nate Paredes.

By the final change, the Power led by 31 points, but had not taken full advantage of some excellent application of intense pressure in the midfield area.

To take the early initiative in the last quarter, the Power again went long up forward through Morris and Josh Cashman, and Saunders snapped a goal.

Neither side scored for about 10 minutes, until the Dragons caught the Power out on the rebound.

Once again they took advantage of sloppy Power defence to score consecutive goals and it was again game on with 10 minutes remaining.

With the game in the balance, Morris and Channing combined cleverly and Liam Nash finished the good work off on the run.

As if inspired, Carr then went long and Dennison took advantage of it to set up Brenton Rees for a fine running goal off the resultant pack.

Late in the term the Dragons replied, but the Power applied more intense pressure to give Morris the last goal of the match. Gippsland next faces the Western Jets at Preston on Sunday.