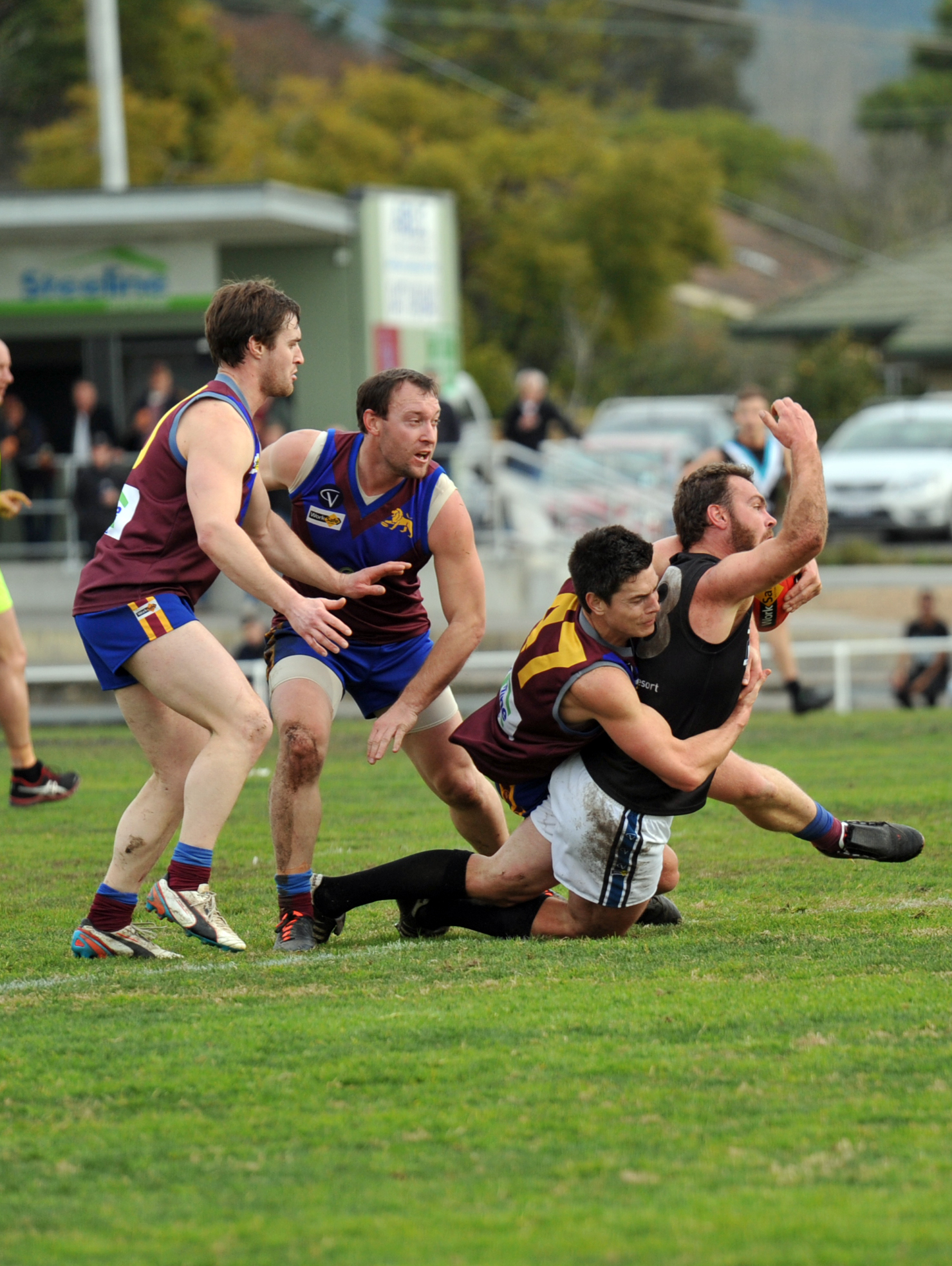 WONTHAGGI bounced back from four straight losses to beat Moe in the first half of the Gippsland League’s 15th round, much to the relief of the coach.

“It was just good to get back and have a win after four losses on the trot,” Rob Railton said, pinning his side’s late season slump to two things.

“We didn’t play the conditions over the past two weeks, that’s the first thing, and ball use going forward… they were the two areas we had to work on.”

Leading into the Lions clash, the first-year Wonthaggi coach advised his players to keep their noses to the grindstone.

“Just to really keep persisting. I think we have had enough of the footy, we have had our chances to win, we just haven’t quite got across the line, so it was just a matter of reinforcing that and executing it,” Railton said.

Much to his delight his side responded.

Wonthaggi got off to its best start in weeks, booting three goals to none to lead the Lions by 23 points at quarter-time.

The visitor slammed on another seven unanswered majors in the second to stretch its lead out to 69 points at the half. The Power added six more majors in the third, a quarter which saw Moe finally open its account for the afternoon with two goals.

Wonthaggi finished off with a five-goal last term to run out a 98-point winner.

The coach was well aware of the importance of the four points.

“It is pretty tight there (in the five), with Bairnsdale too looking to get in. We knew if we got a Warragul or a Leongatha win we would probably be in and we didn’t so we just need to keep winning,” Railton said.

It was not all bad news for the defeated Lions, which matched it with the Power in the last.

“Look we got to expose a few more players. We sent a lot of players back to the thirds and we had a good win there against a second or third top team. We struggled in the seniors but we managed to get ourselves into it in the last quarter,” coach Jason MacFarlane said.

“We have really worked hard on developing our kids while in recent weeks we have tried to reward some of the players that have done the hard yards at training with us, so if we can play as many as we can this year we can get a few more ready for next year.

“We knew they were going to be a bit undermanned. We were hoping to make a bit more of an impact than we did and credit to them they played really well today and they are starting to get themselves back on track for the finals,” he said.

With a bag of eight majors, Lucas White was among the Power’s best.

LEONGATHA has taken its winning run to four straight, with a big victory at home over Warragul. Cade Maskell and Nick Nagel were the stars for the Parrots with six goals apiece.

A six-goal-to-four opening term saw the home team lead by 11 points at the first change.

However, by half-time the margin was back to a single point after Warragul kicked four goals to Leongatha’s three in a tightly contested second term.

The Parrots were back on the attack in the third, adding five majors to the visitor’s three, before storming home with a five-goal last quarter to run out a 45-point winner.

Maskell was named best for his efforts off the boot.

The ladder leader made short work of Bairnsdale in a 92-point win in the weekend’s final match yesterday.

The visitor bolted out of the gate with six goals to none in the first term and led the Redlegs by 38 points at the first change.

There were six goals in the second quarter too, however two of them came off the boot of the home team which trailed by 47 points at the half.

Proving why it is the flag favourite, Sale had a huge third quarter.

The Magpies slammed on nine goals to Bairnsdale’s two, to take a 92-point lead into the last change, a margin which would not change by the final siren.

The visitor took its foot off the pedal in the last, adding just four goals to its tally.