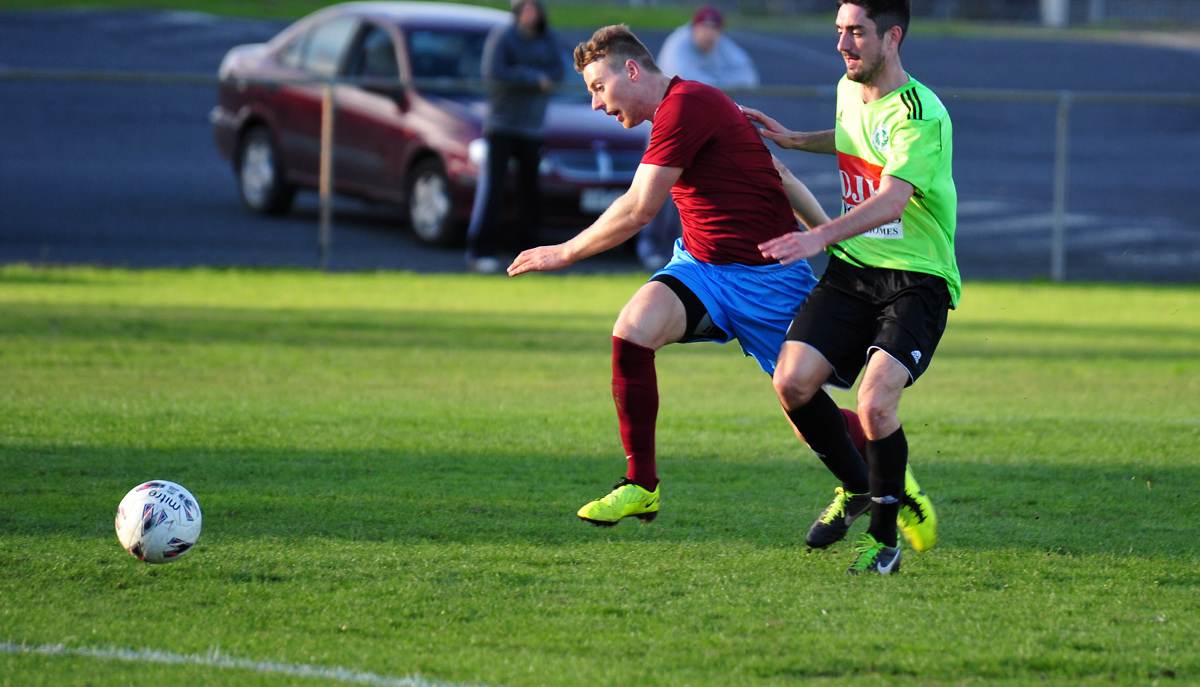 MORWELL Pegasus’ strongest team of the season belied the club’s state league two south-east ladder standing on Saturday when it clinically accounted for Noble Park 2-0 away from home.

Goals on either side of half-time to Chris Wynne and midfield magician Marquin Smith secured a vital three points, moving Pegasus to 10th on the ladder, two points clear of bottom side Doveton.

Coach Dale White said his current side could “beat anybody” in the league based on Saturday’s effort.

“I did make the point it’s the best 14 I’ve had in my squad for some time and I said that to the boys before they went out. It’s an exciting 14 in the dressing room, I haven’t got any excuses,” White said.

“They went out and they were fantastic, I think the score flattered (Noble Park).”

Max Etheridge made a welcome return up front, after transferring from premier league club Bentleigh Greens, alongside the sprightly Jamie Prictor, and the prolific pair wreaked havoc in the final third.

Captain Robbie Wynne returned to the starting team to shore up the defence and helped keep a rare clean sheet for the recently wobbly backline, assisted by a pair of “unbelievable” saves by shot-stopper Pierce Morrison.

Still recovering from a foot injury, Steve Maselli played an hour of football and was threatening down the right flank, adding potency from set pieces and general play.

“I think we have better quality, Steve… although not match fit, his quality is fantastic. He made a big difference whipping balls into the box, free kicks and corners,” White said.

“I think that level of quality made a big difference, with Max coming in as well it lifted the club again.

“Max, without being outstanding, did a lot of good things, you can just see his quality. He’s been playing and training at a higher level so you can just see what he brings to the squad. He’ll score goals.”

Having outlined the Noble Park match and the following two fixtures as a block of nine points from which Pegasus must secure six, White is confident of a result this weekend against top side Springvale White Eagles.