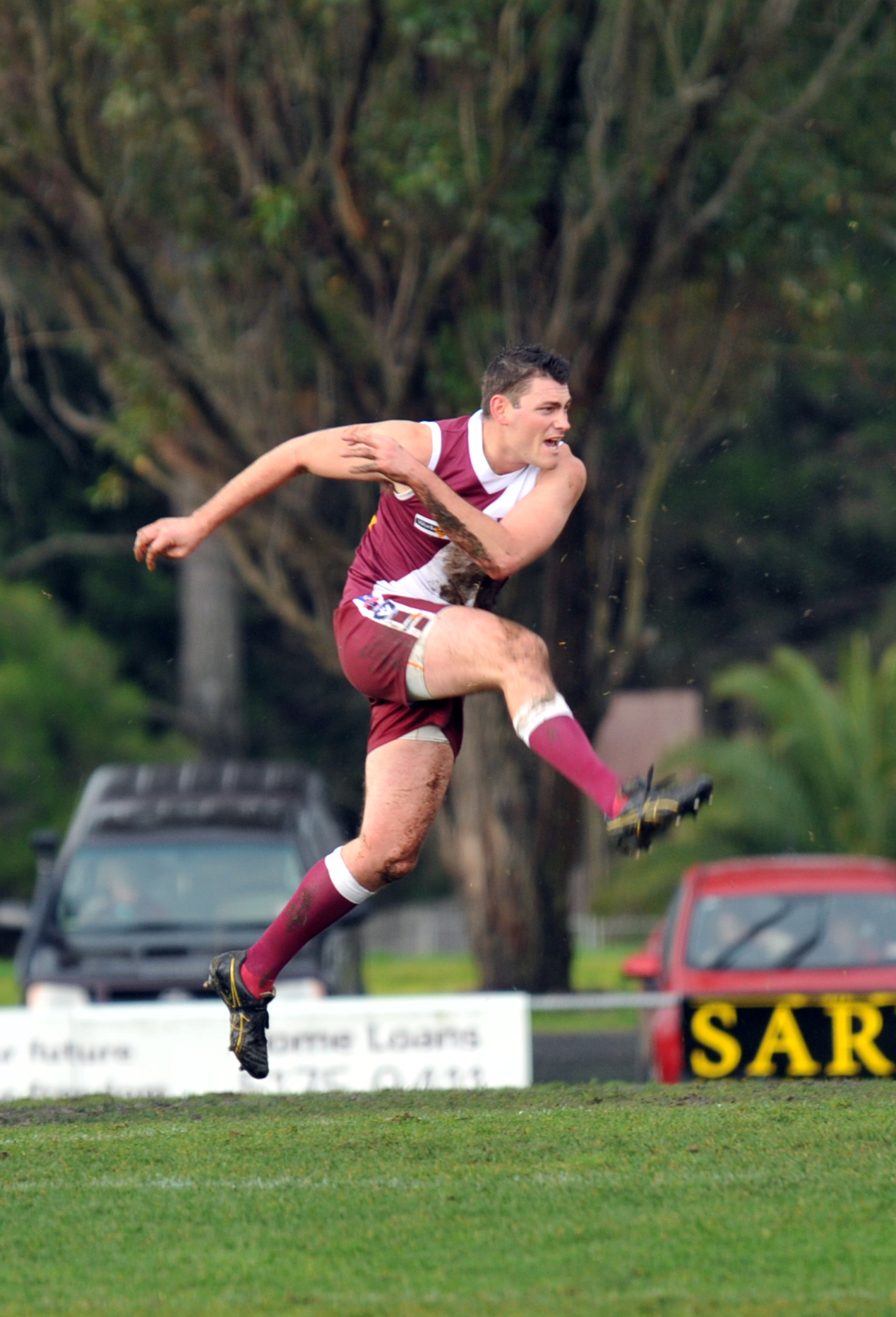 TRARALGON slipped to fourth on the Gippsland League ladder after a narrow loss to Maffra in the battle for third position on Saturday.

Despite a strong wind disadvantage in the last term, the Maroons were right in the match until the dying minutes.

Traralgon coach Paul McCulloch said it was his side’s second quarter performance which cost it the match.

“Very disappointed. I suppose we came here with a plan to win the game and we let ourselves down in the second quarter. Maffra got a run on and we didn’t react quick enough and really that is what cost us the game in the end,” he said.

With the wind behind them, the Maroons kicked their way to a 14-point lead in the first term. It came at a cost with Josh Jennings ruled out for the rest of the match after a hard knock. The visitor failed to score in a second quarter dominated by the Eagles, who used the wind advantage to slam on seven unanswered goals to establish a 32-point lead.

To its credit Traralgon responded in the third and worked its way back into the contest.

The Maroons booted five goals to the Eagles’ one and trailed by a kick at the final change.

“We walked in at half-time with our heads down, you got back in it, now we need to get out there and win this game,” McCulloch said at the final change, with a clear instruction for his team to flood Maffra’s forward line.

“We have to fight hard in the stoppages, we want to run in numbers and protect that corridor,” he said.

The move threw Maffra and Traralgon looked poised to steal the match.

“We just had a plan to start three forwards back and once we won the ball we would then try to run forward in waves,” McCulloch said.

“It certainly worked for us, I think at the end of the day the scoreboard blew out in the last couple of minutes but it was game on until two minutes to go.”

Maffra coach Hayden Burgiel applauded the strategy after the match.

“They had us a bit confused in that last quarter, they put blokes back and I think we had a nine or 10 man forward line. We just had to shut them down and put our numbers down there as well,” he said.

The Maroons kicked four goals into the wind, but it was not enough to beat the Eagles who added six of their own to run out a 12-point winner.

It was a big day for Maffra which celebrated not only its 1000th senior game since joining the competition, but a reunion of its 2003 premiership side.

FIVE goals each from coach Harmit Singh and Dean MacDonald helped Morwell to a percentage-boosting 126-point win over Drouin.

Matching it with the visiting Tigers in the opening term, the Hawks trailed by just two points at the first change.

However, the Tigers showed their claws in the second.

Morwell booted nine goals to Drouin’s one, to lead by 42 points at half-time.

It was a similar story in the third quarter; the Tigers dominated the play and added another eight goals to lead the Hawks by 86 points at the last change.

The visitor repeated the effort with another eight-goal quarter in the last, while Drouin managed just two majors.