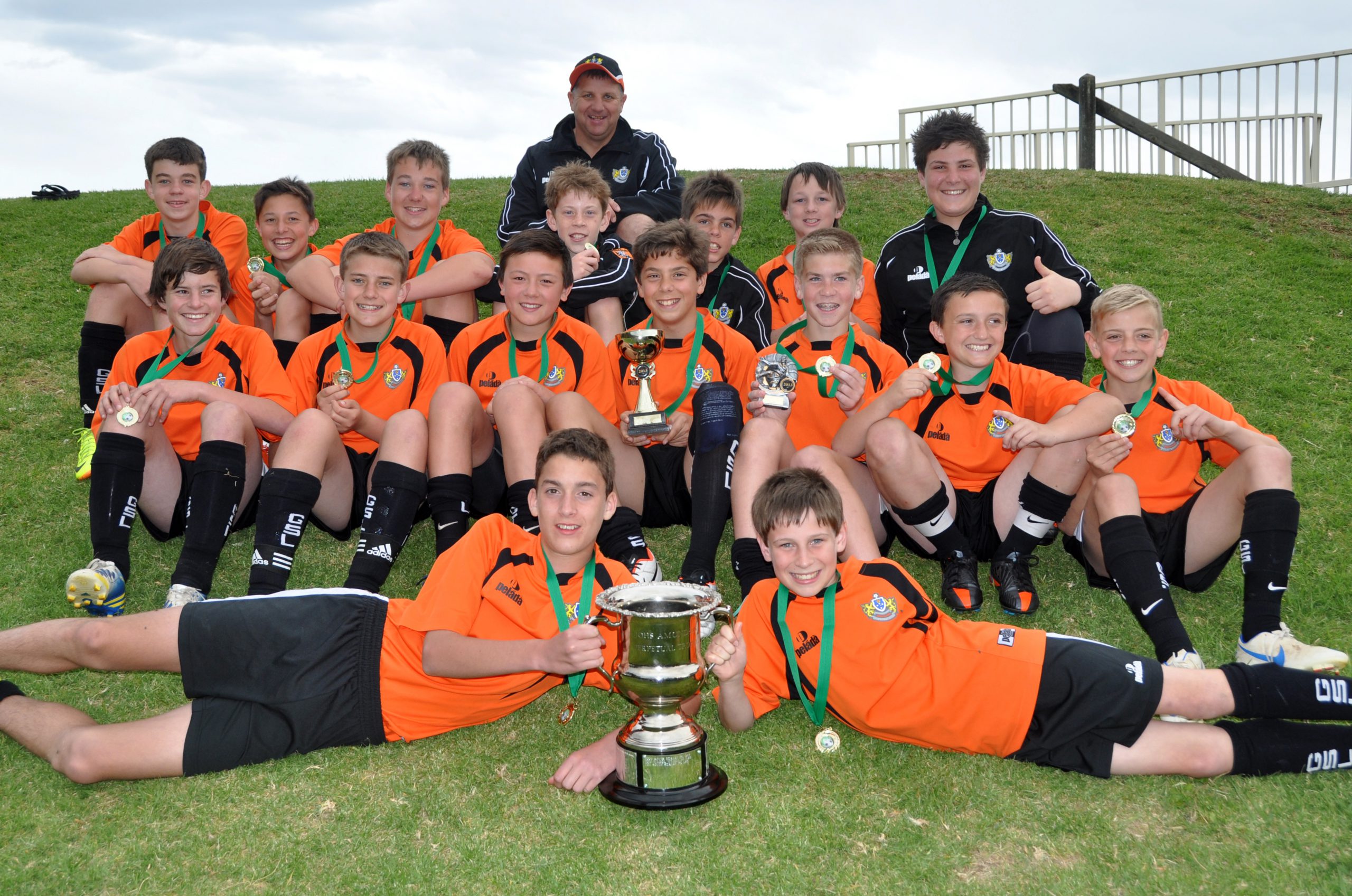 THE Gippsland Soccer League’s under 13 squad added another tournament victory to a long list of 2013 conquests this month at the Karl Posselt Cup in Merimbula.

Comprised of players from Bairnsdale to Warragul, the representative squad kept a tournament clean sheet, to go with 17 goals over four matches, culminating in a 2-0 grand final win over Northern Tasmania.

Traralgon-based midfielder and team co-captain Jayden Unmack was named player of the tournament.

“He’s a good ball-winning midfielder and a good communicator.”

The emphatic showing followed a major carnival triumph in June at the prestigious Regional Cup Challenge in Shepparton.

With a record of five wins, one draw and one loss, the talented squad overcame Goulburn North East in a climactic grand final penalty shootout to secure the silverware.

Huizer, who has led the team for the past three years, said the performance was particularly impressive given a lack of training time together due to distance.

“Getting the group together from different clubs and combining all their skills into a solid squad, they’ve been very good,” he said.

“Just the way they’re combining as a team more than anything, they’re turning into a good young squad.

“They’ve just been… a very talented bunch of kids who’ve got potential to go further in their soccer careers in future years.”

A lack of competition at the Traralgon-based Country Championships saw the boys step up and challenge the under 14 division where they made a top three finish in their group.

The team was awarded the under 13 title by default.

Trials for the under 14 GSL team are expected to be held after Christmas.