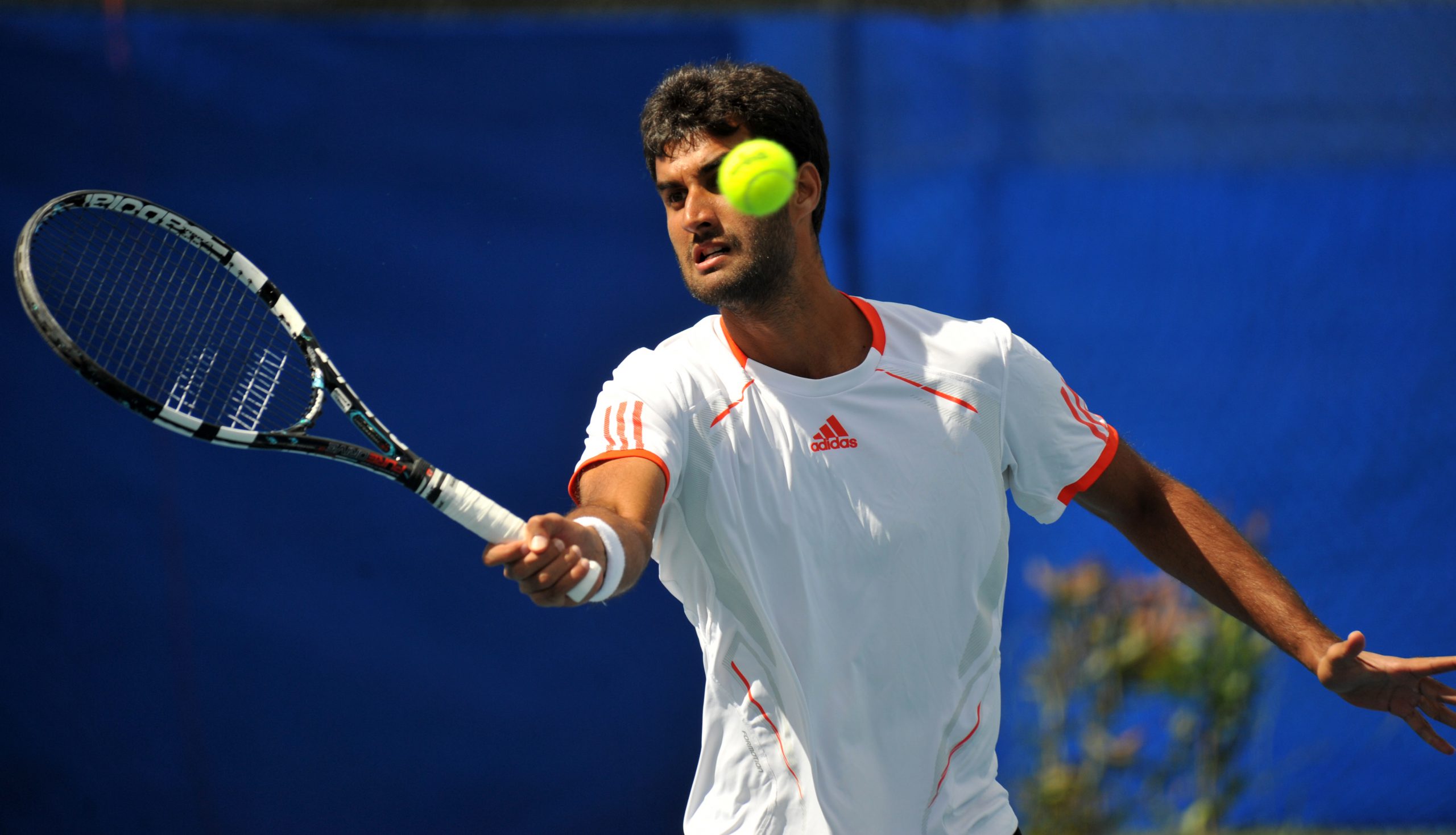 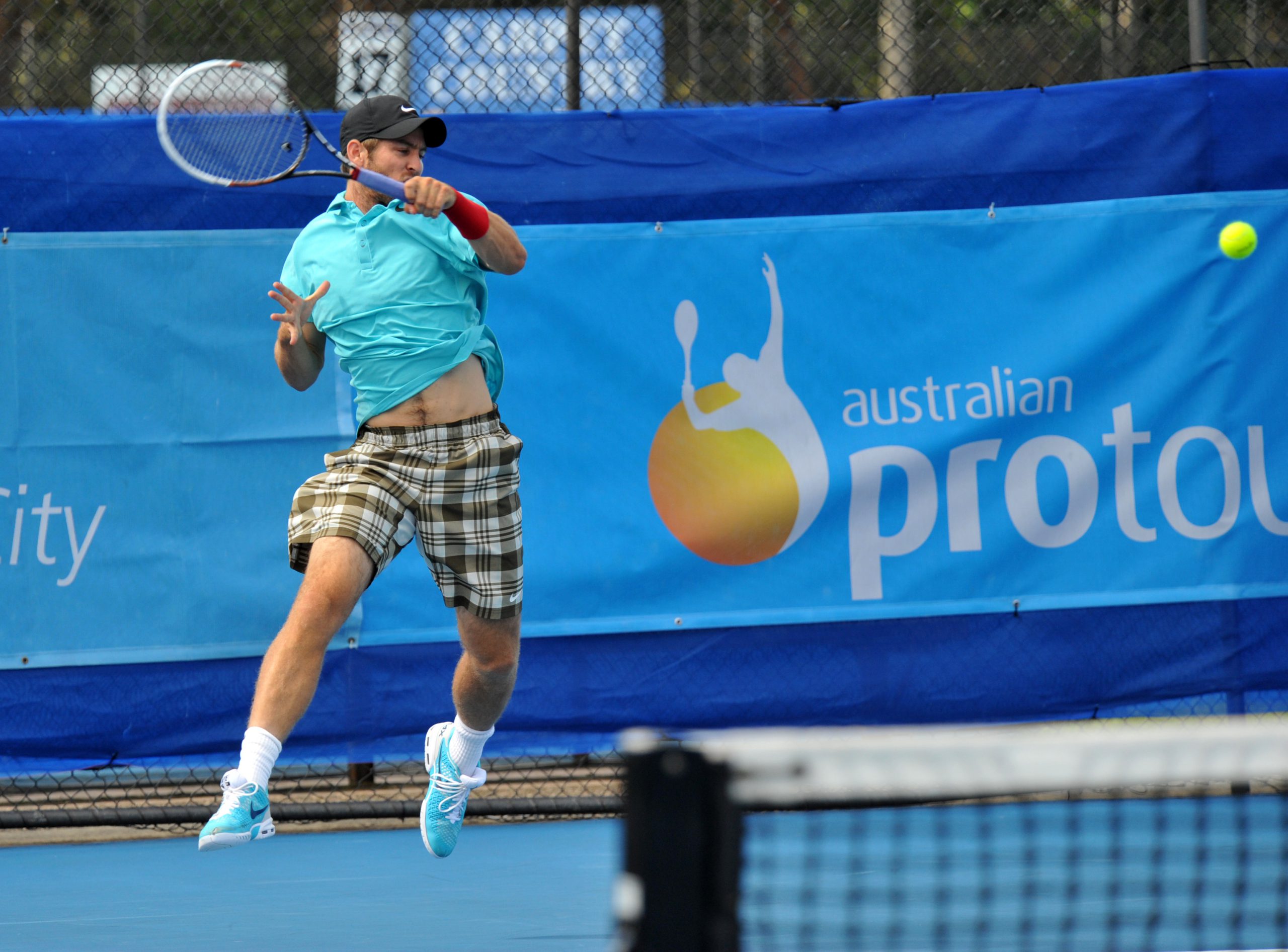 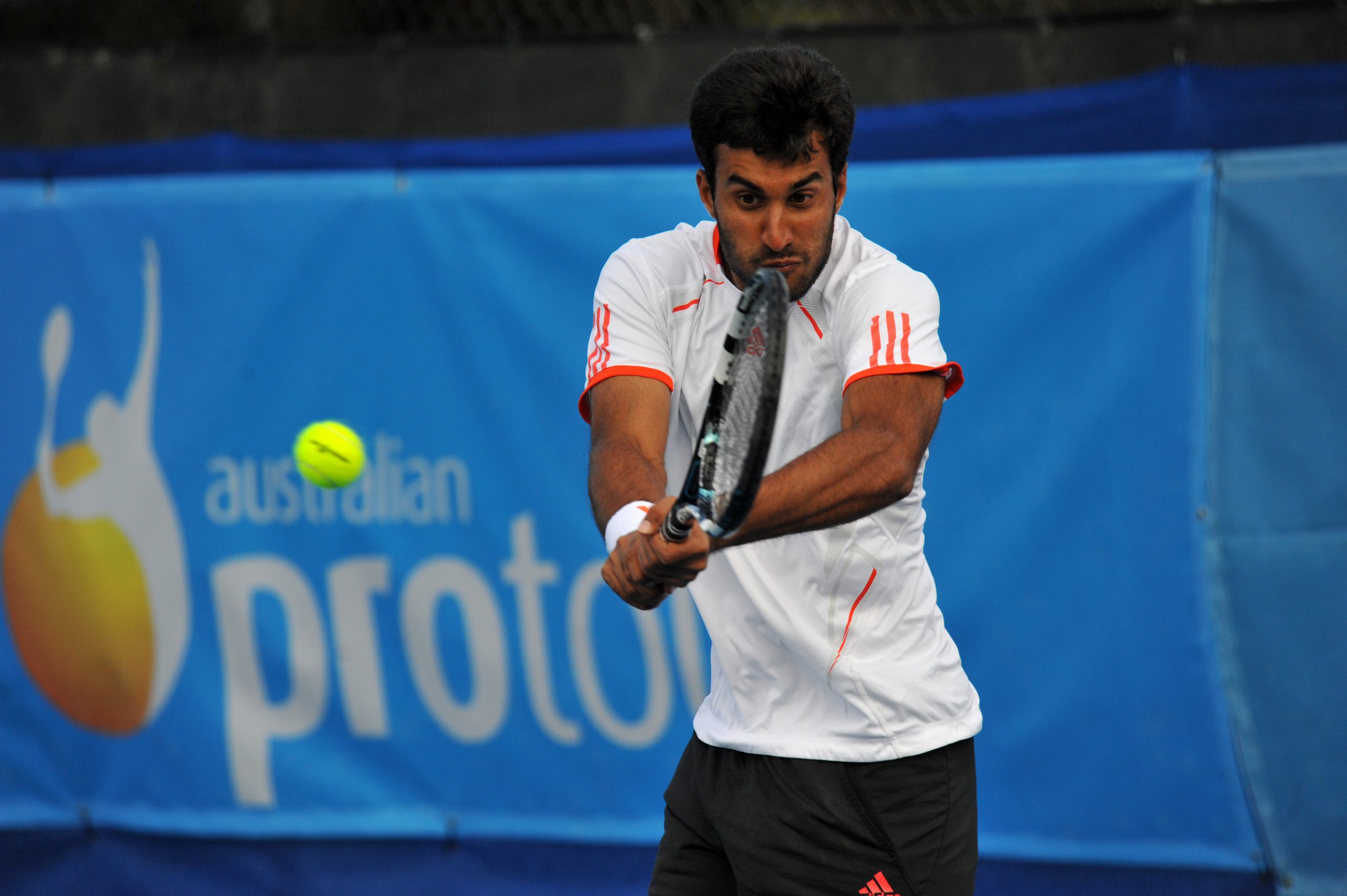 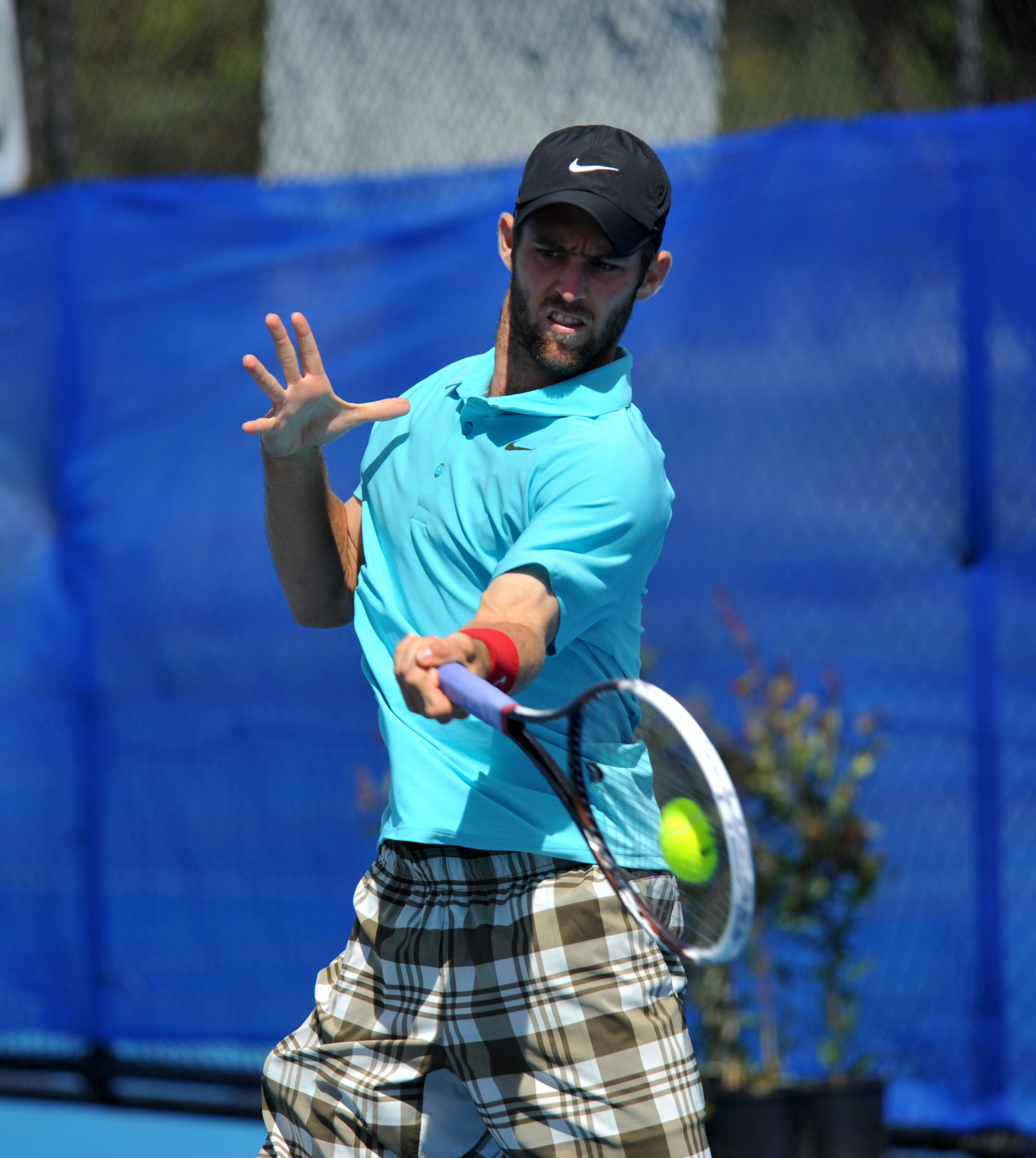 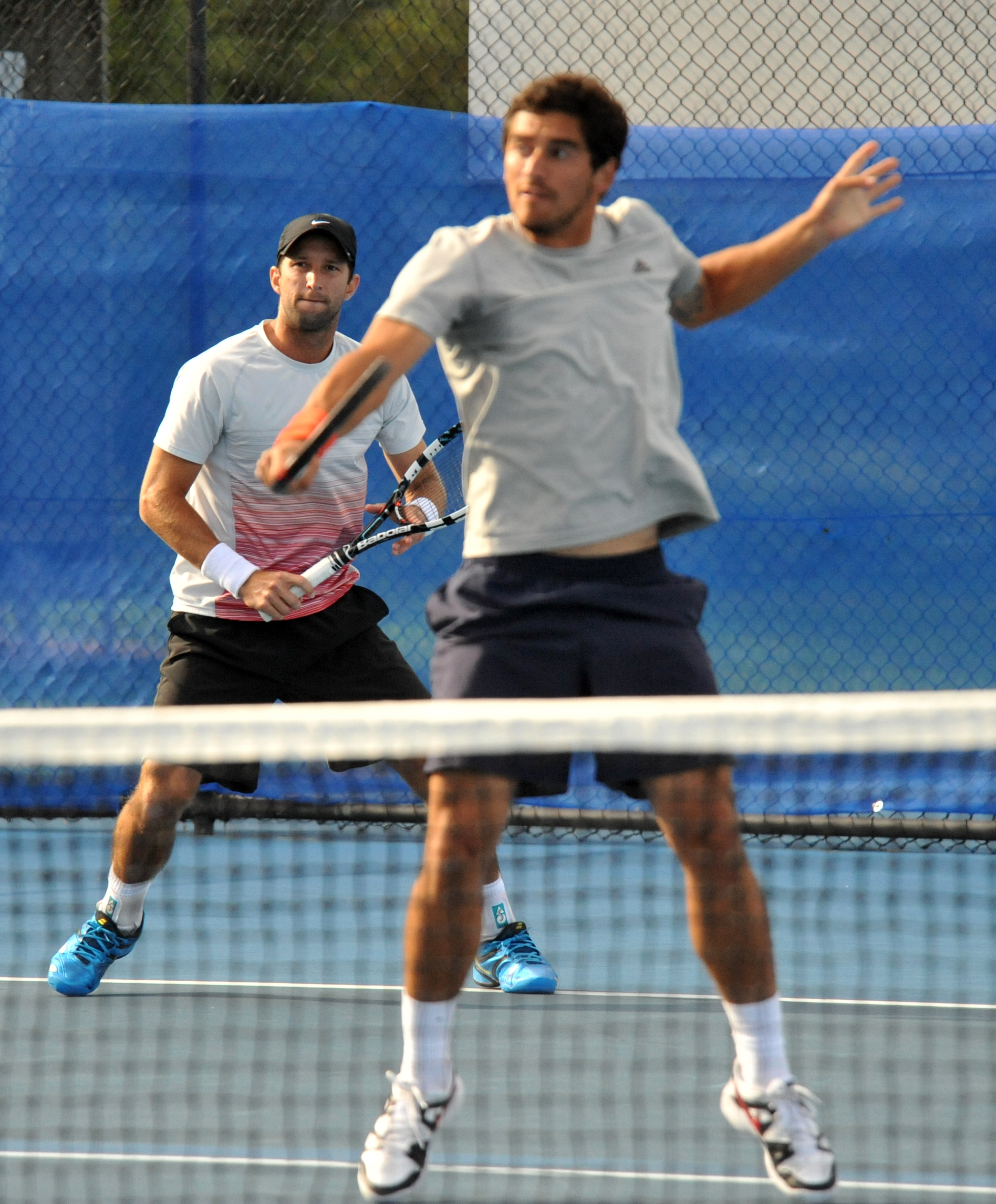 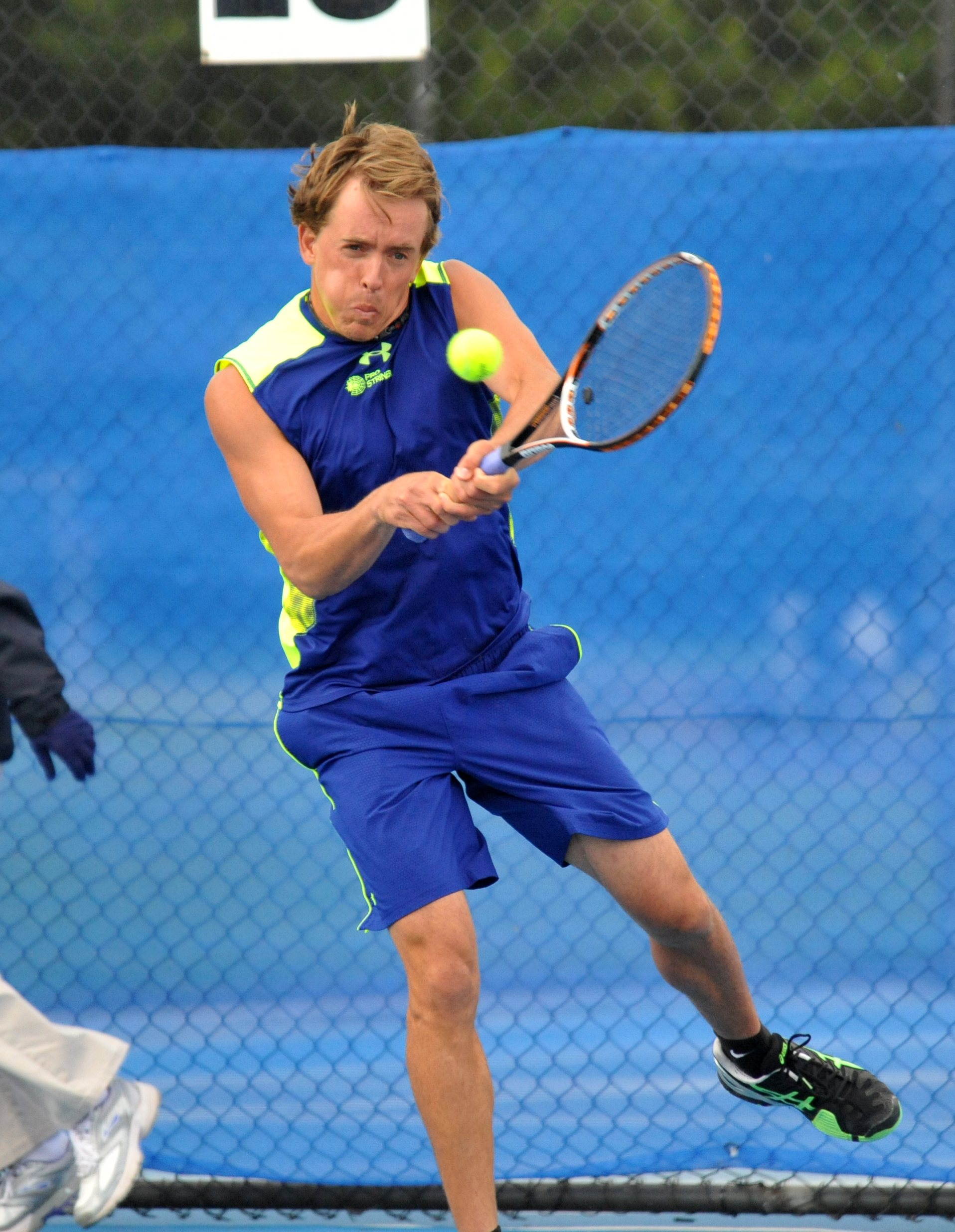 The eighth seed led 6-7, 6-3, 4-2 with a break in the third and final set when play was abandoned due to rain about 7pm on Sunday, and returned to serve out the match 6-4 in the third on Monday morning.

A swirling wind and ever present threat of a deluge plagued both players throughout a first set that included three stoppages for volatile weather, two of which came during a marathon tie-breaker.

Tournament favourite Klahn led 2-0 before the first delay but struggled to find his groove upon returning to the court.

The left hander framed a series of shots and found the net on several occasions in the early going to relinquish his break before eventually forcing a tie-break.

After another rain delay the American came out firing to lead 5-1, but Bhambri strung together a series of points to level at 5-5.

A pair of unforced errors saw Klahn go from 7-6 up to 8-7 down before saving himself through a dogged rally and subsequent super first serve to gain the ascendancy at 9-8 when the rain returned.

Klahn steadied when play resumed and eventually claimed the first set 7-6 (15-13) when Bhambri’s deft touch at the net failed him on back-to-back points.

The Indian 2009 Australian Open junior champion fought back in the second, breaking immediately to take a 2-0 lead as Klahn remonstrated angrily with himself.

“You lost that point the exact same way every time,” he said after gifting Bhambri another winner at the net.

Bhambri secured the set 6-3 and again found himself up a break in the third when Khlan double faulted at 0-40 to donate the upper hand to the underdog.

The powerful world number 123 broke back immediately, using his brutal ground strokes to bully Bhambri off the court, and put the game back on serve.

At 2-2 Klahn lost composure, giving away a couple of break points before he ultimately succumbed at deuce to trail 4-2 when rain and poor light intervened.

Bhambri held his nerve on the reserve day to win the final set 6-4.

“It’s not just tough for us (the delays) it’s tough for everyone involved – the officials the spectators and our opponents – we’re all in the same boat,” Feeney said.

“Every time we got out there we came out firing and within a few points it felt like we’d been playing for an hour so I think that’s probably the key, coming out and not having those little lapses.”

Agar and Feeney carried form into the tournament with wins in the lead-up, but the latter felt the week in Traralgon, where they did not drop a set, was their best team effort to date.

“We’ve played well in the past but I think this week was by far the best we’ve played together, we started doing things differently on our own serve and all of a sudden things clicked,” he said.

“If you can leave every week with a title you always take it whether it’s singles or doubles – it’s a confidence building thing when you get a win so we’ll take it and hopefully we can run with it.”

The tournament will be extended in to the reserve day with play scheduled to start at 10am today.