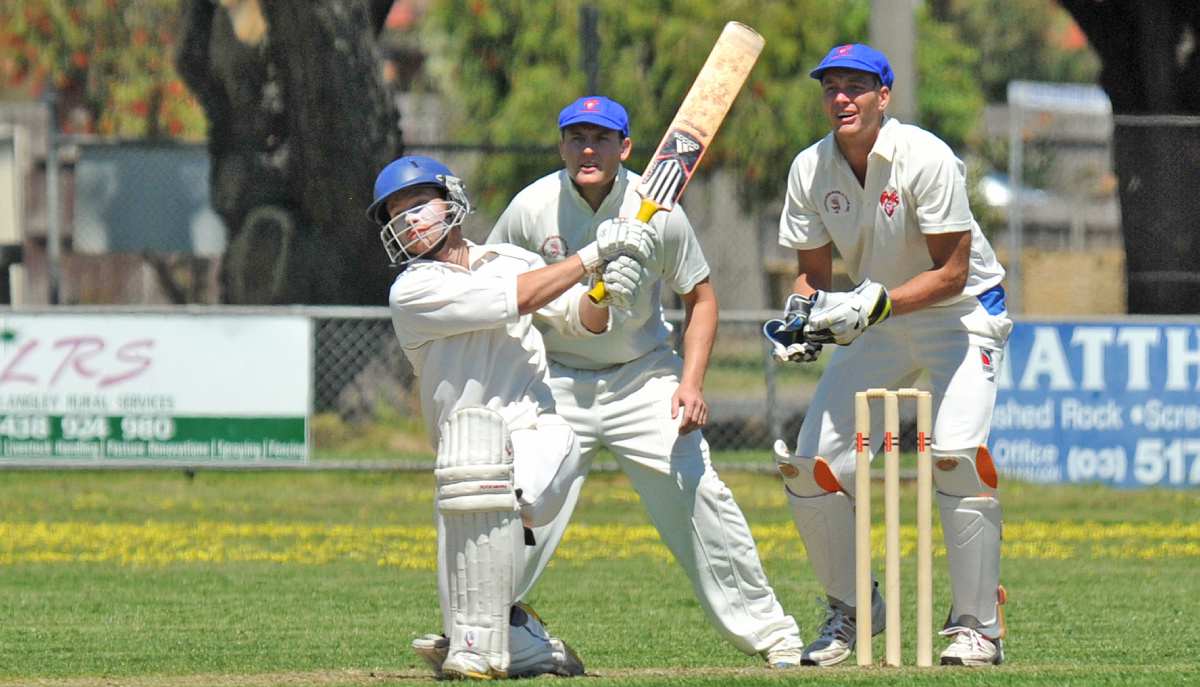 ROUND three offered an insight into the likely fortunes of this year’s Traralgon and District Cricket Association Neilson Builders Cup contenders.

Raiders and Ex Students fought out a thriller before the Sharks emerged victorious.

Ben Kearns led the Churchill Cobras to a big win over CATS.

Gormandale moved clear at the top of the table with an outright win over Traralgon West.

STARTING the day at 2/12 the Rams needed to settle in for the long haul and build a couple of big partnerships.

It was not to be as the Centrals team, led by last week’s century maker Jarrod Allan, swarmed all over the Rams to smash them into submission and bundled them out for a paltry 66 in 31 overs.

With sensational figures of 6/31 Allan was the matchwinner for the Lions.

NEEDING a further 15 runs to win Glengarry set about building a handy lead and putting Imps back into bat.

Sam Marks (28) and Ryan Delaney (33) were top scorers while Joel Randall and Brock Rowson each took three wickets for Imps.

Alex Butler top scored with 60 while Brad Sizeland made 39.

FIGHTING hard to stay at the crease Traralgon West fared much better in the second innings as the tail dug in.

The Tigers were keen for Derby day races and got the required 70 runs in eight overs.

Adrian Burgiel again blasted the attack to smash 55 not out while Al Jenkin remained 13 not out as the Tigers won outright by 10 wickets.

IN a one day game Ex Students won the toss and sent Raiders into bat.

Brad Knowles continued his great run with 56 and Leigh Jensen made 44 as the home team scored a healthy 161.

Needing early wickets Raiders had the Sharks 2/13 before Greg Munro and Lee Stockdale put on 53.

Munro departed for 20, Rick Battista and Josh King made 29 and Stockdale top scored with 42.

In a thrilling climax the ninth wicket fell at 157 with the Sharks still in need of five runs to win.

Rob Voss (14*) and Luke Hendersen (3*) waited until the last over to get home in a nail-biter.

Kurt Holt took three wickets to be best for a valiant Raiders.

IN the other one day game Churchill won the toss and batted.

It was a great move as Ben Kearns and John Keighran proved unstoppable.

Kearns was superb with a blistering 131 not out, while captain John Keighran made a punishing 82 to help the home side reach a whopping 5/266.

In a defiant chase CATS battled hard and reached 214.

Corbin Sutherland top scored with 60, Jamie Cochrane made 42 not out, while Tim Derham (30) and Brett Chapman (23) both made starts.