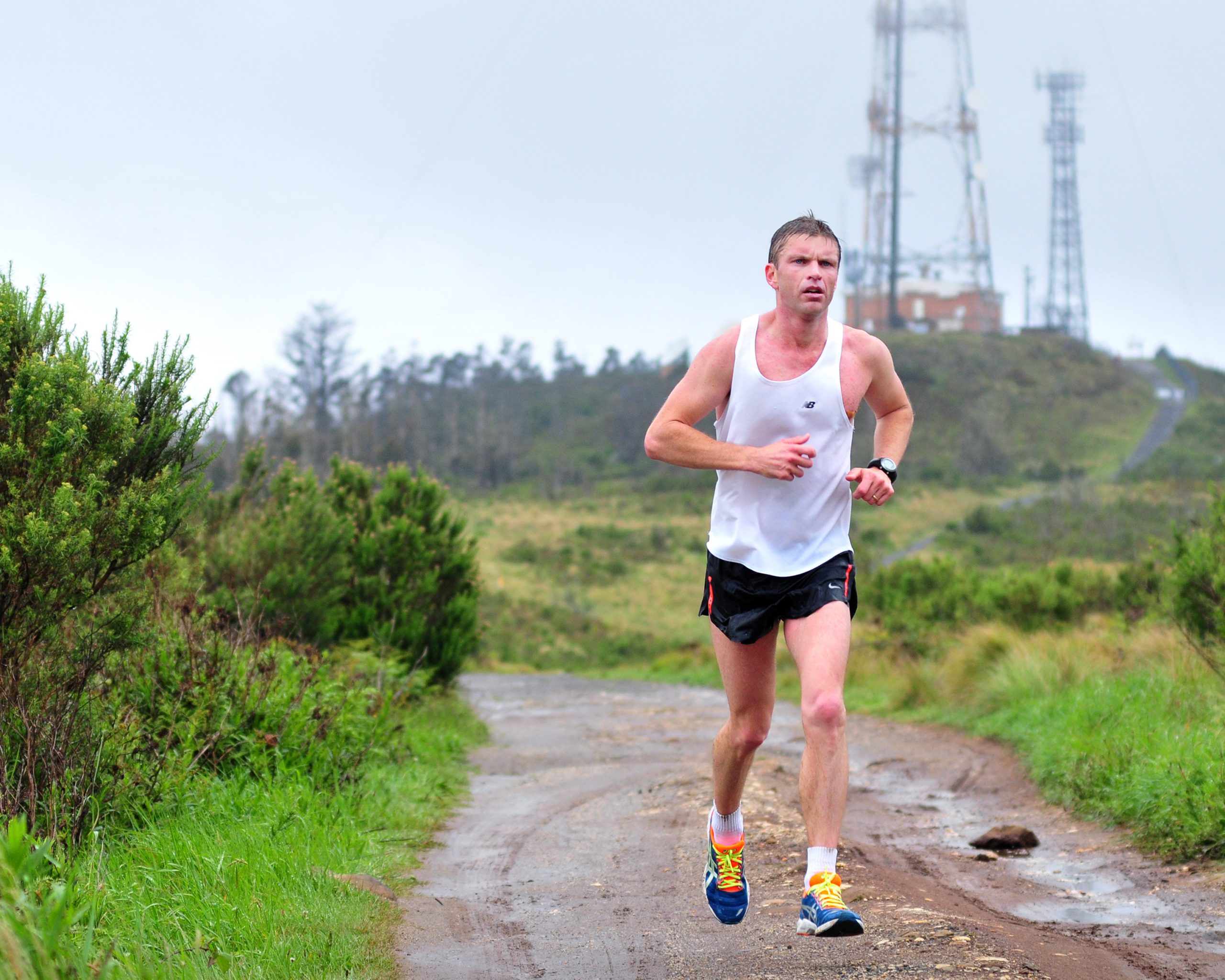 MORWELL runner Nick Schilling won last month’s gruelling King of the Mountain race for the second time, ahead of a small but unyielding field of competitors.

The traditional course from Traralgon to the television towers on the summit of Mt Tassie was changed in favour of an off-road flavour for safety reasons.

The run began at the Loy Yang turn-off, at the start of the walking track to Traralgon South, cutting out the first flat seven kilometres from Traralgon, but adding more hilly country.

At the start line contestants could see the summit of Mt Tassie, shrouded in cloud, previewing an uphill battle along undulating timber plantation roads and walking tracks and finishing with a seemingly endless slog along Callignee South Road to Mt Tassie.

“It was more like a cross-country course for the first few kilometres – lots of narrow bushy tracks, steep rises, and many puddles to navigate,” Schilling said.

After winning the mountain run in 2010 Schilling has had injury problems, but was able to battle onward and upward.

“It felt harder than the previous course, but I am not as fit as I was then,” he said.

“In fact it was a delightful course. We were in among the trees and natural growth most of the way, with magnificent views across the hills and down across the valley.

“Soon after the start, as we headed east, we could reach out and almost touch the Loy Yang power stations; 90 minutes later the cooling towers were like tiny toys below us in the distance.”

Mark Rossiter stayed with Schilling for the first five kilometres, but was eventually usurped by two-time winner Darell Cross, who was content to start slowly before overtaking Rossiter to finish second, two minutes ahead of his fellow Traralgon Harrier.

Richard Comber was fourth after running a hard 16 kilometres through the hills at Wirilda Park the previous day.

All runners found the course was more demanding than the route taken in previous years, adding about 20 or more minutes to their average time.

Five time women’s Queen of the Mountain Kylie Murray tended a drink station, sidelined by injury for the first time in her distinguished running career.

With legendary nine-time champion Sandra Timmer-Arends also injured, Liz Kenny and Sue Elsdon were the only women in the field and crossed the finish line together.

Veteran marathon race-walker Brian Glover travelled from Portland to complete his 11th King of the Mountain.

The next major local event supported by the Traralgon Harriers is Duncan’s Run 100, the inaugural Gippsland trail run in memory of Harrier Duncan Orr.

30km King and Queen of the Mountain results