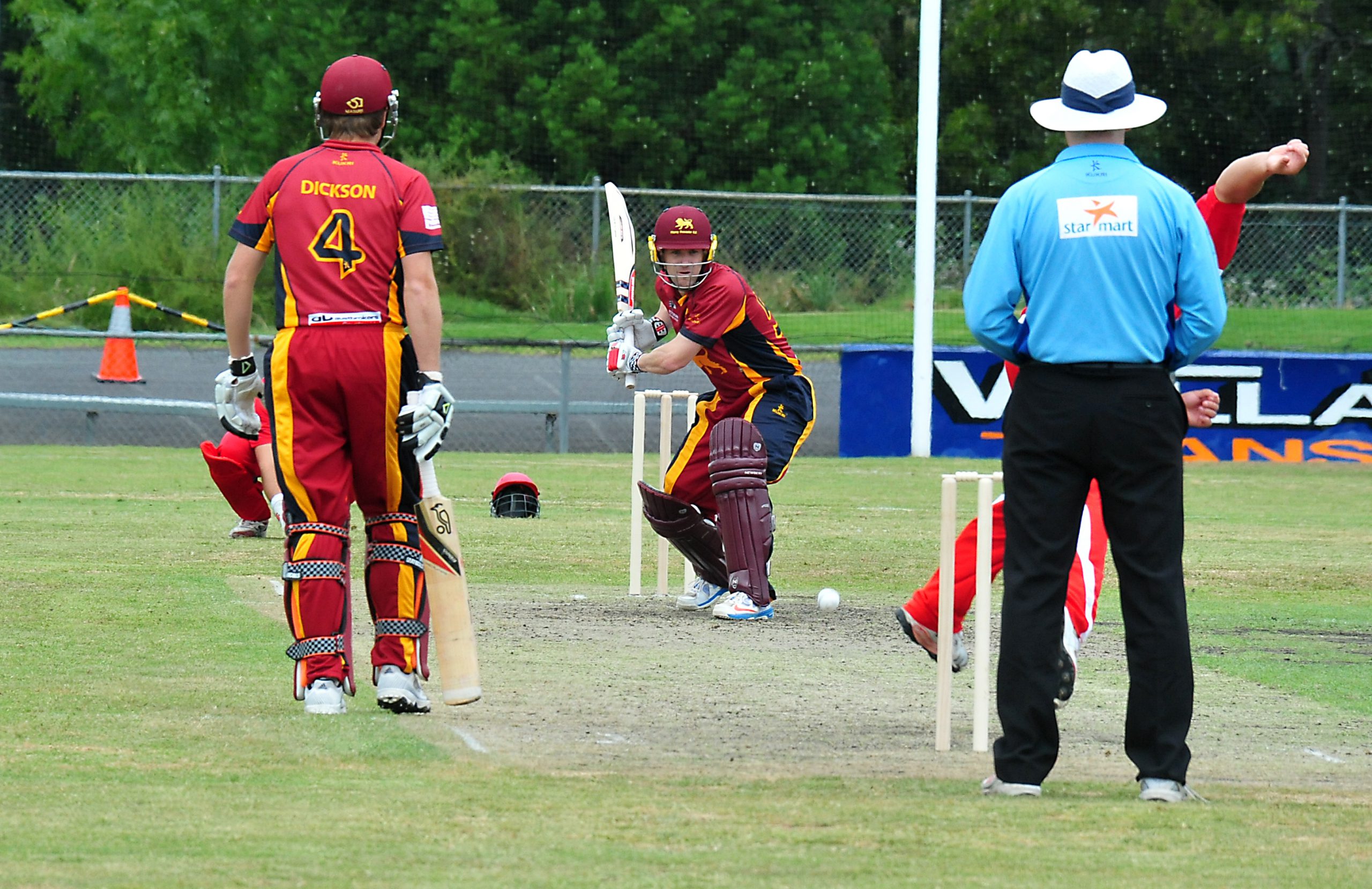 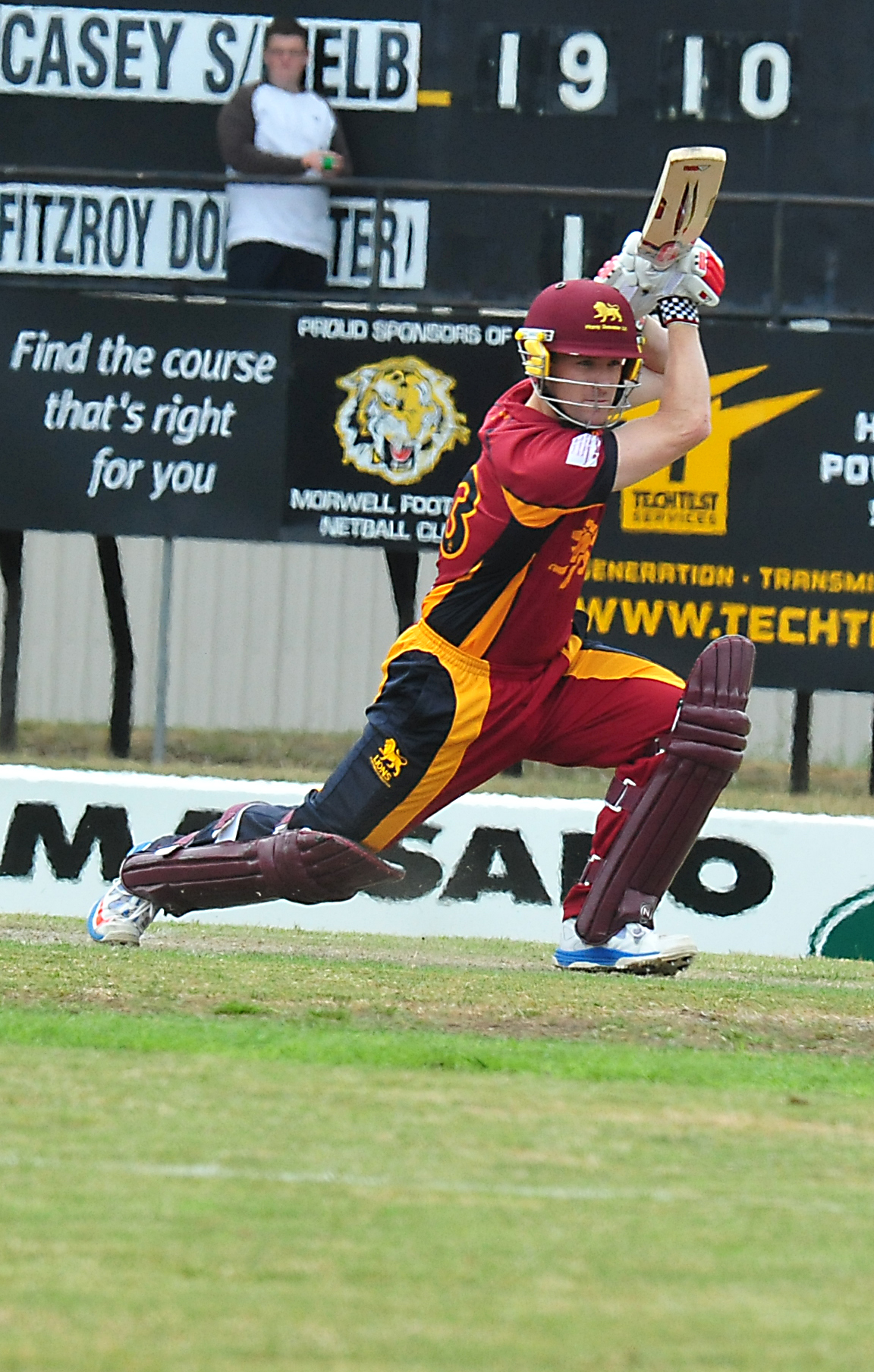 The Adelaide-based bruiser joined Fitzroy’s Bush Bash outfit as a warm up for the national top tier T20 tournament and thrilled Moe spectators with a blazing 111 from 58 balls.

Fresh from a starring role for Northern Districts in New Zealand’s HRV Cup, Harris has hit touch just in time for the Renegades opener against the Melbourne Stars.

The 33 year-old said a fantastic batting track at Moe was the perfect launching pad for his Australian summer.

“The wicket at Moe was excellent… we made 180 and nearly got chased down. It’s always a good batting wicket and a good game to watch when 350 runs get scored,” Harris said.

The second leading T20 run scorer in Australia, behind prolific former test player Brad Hodge, also chimed in with runs against Casey South Melbourne on a tricky wicket in Morwell.

Harris said the Bush Bash was a great showcase from which country players could take inspiration.

“It’s great to take it out to the regional centres and play some cricket out there and some kids can watch a pretty good level, but also see they’re not actually that far away,” he said.

“There’s guys playing in those games and then a week later they’ll be playing shield cricket or Big Bash cricket.

“One of the good things about the Australian system is you’re only ever a couple of performances away from the next level.”

Dubbed ‘Doc’ Harris, owing to his medical qualifications, Harris has embraced the short format since its inception.

His big hitting prowess has seen him play in numerous international domestic competitions in countries such as Bangladesh, New Zealand, and, most famously, a season in the prestigious Indian Premier League with the Deccan Chargers.

“I would love to have played for Australia but that didn’t ever happen… for me it’s been about Twenty20 and playing with different franchises and it’s been really good fun.”

“It was just fantastic fun and got to hang around with the big boys: Kumar Sangakkara, Dale Steyn, Darren Lehmann was our coach and Cameron White was our vice captain.”

Now focused on the Renegades and his opening partnership with Aaron Finch, Harris is keen to turn his big bash form around from last season, when he scored just 32 runs in six innings.

With the likes of Sri Lankan off spin legend Muttiah Muralitharan, Josh Butler, Mohammad Hafeez and the Latrobe Valley’s own Peter Siddle on board, Harris is “quietly confident” of success this time out.

The Renegades’ season opener against the Stars is set for 20 December at the Melbourne Cricket Ground.