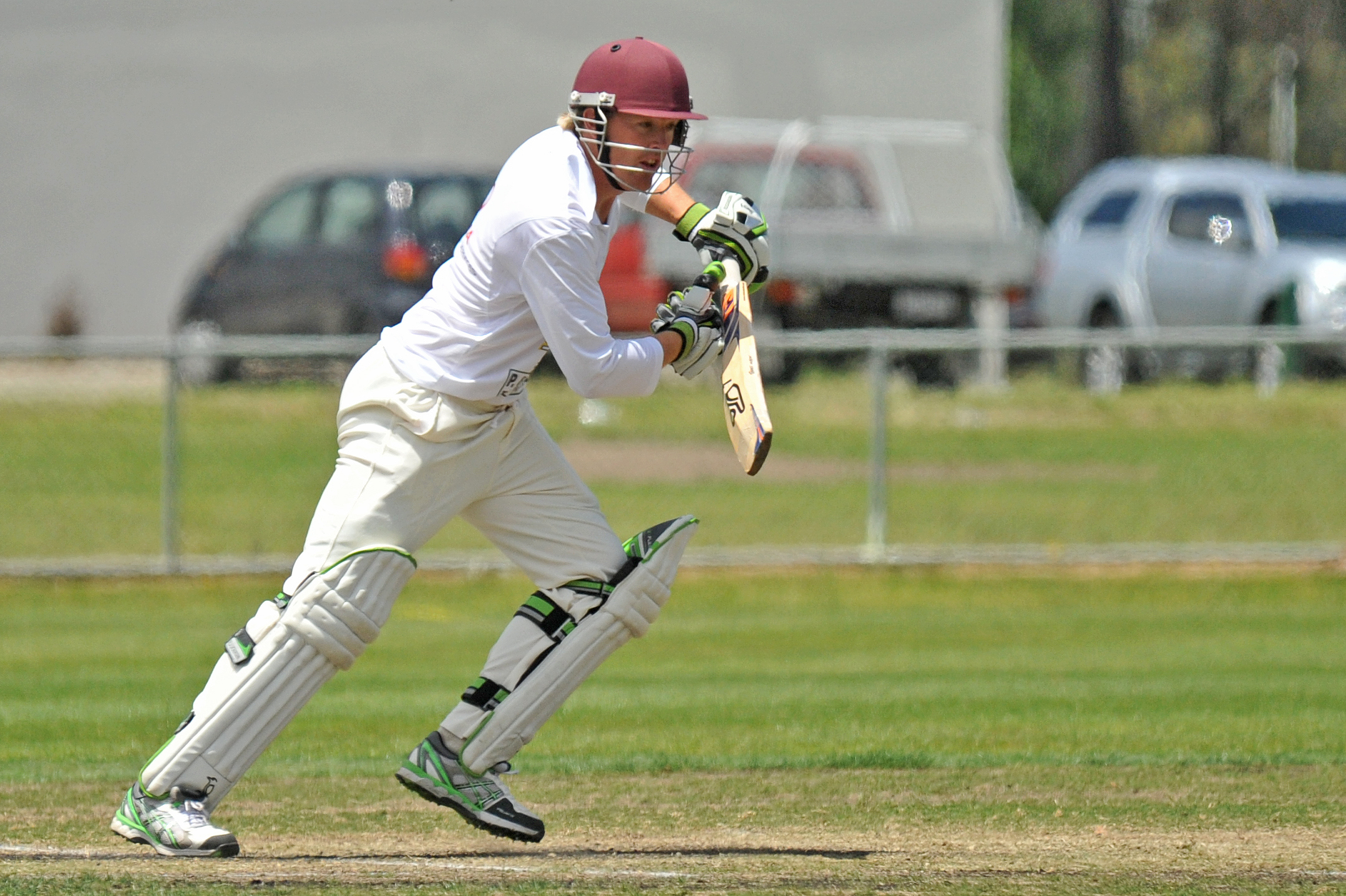 Ex Student all-rounder Lee Stockdale matched it with the best at the Australian Country Cricket Championships this past week and was named Victoria Country player of the tournament.

Stockdale said the eight-day, five-match competition was good preparation for finals cricket, which begins in the Traralgon and District Cricket Association in March.

“Playing cricket every day you get cricket fit,” the 25 year-old said.

“It’s been really tough, but enjoyable. All the sides are really strong – every player is really high quality.”

After being named as an emergency in last year’s Victorian team, the Traralgon resident was invited to join a squad of 50 for training before he was picked among the final 13 representatives.

“I feel like I’m getting better with every year. I’ve got a lot smarter. I know my game a lot more and keep working hard,” Stockdale said.

Scoring 127 runs and taking seven wickets in total across the competition, with a standout 59 runs in Monday’s match and four wickets last Thursday, Stockdale said he had “gone okay”.

“For myself going forward, knowing I can compete against quality teams and quality players – I’ll definitely take that away,” he said.

“It’s a nice feeling to know that you can come away and do well and not second guess yourself.”

Stockdale said the difference between competing at the local and championship level was in the team’s depth and players’ consistency.

“At local level you might get one bowler in each side who you can score quickly from. In this (competition) there’s five or six quality bowlers that keep coming at you and at you,” Stockdale said.

“There’s some good players in local cricket. Probably the difference is the depth: everyone in each side is a really good player.

“The fast bowlers are a little bit faster, but more consistent – not as many bad bowls.”

Stockdale said playing with “good blokes” in warm weather added to the experience.

“It’s an experience I’ve really enjoyed, that I’ve thrown myself at and something I’ll never forget,” he said.

“I’m definitely still looking to improve my game and cricket, and where that takes me I don’t know.

“If this opportunity ever comes up again I’ll grab it with both hands.”