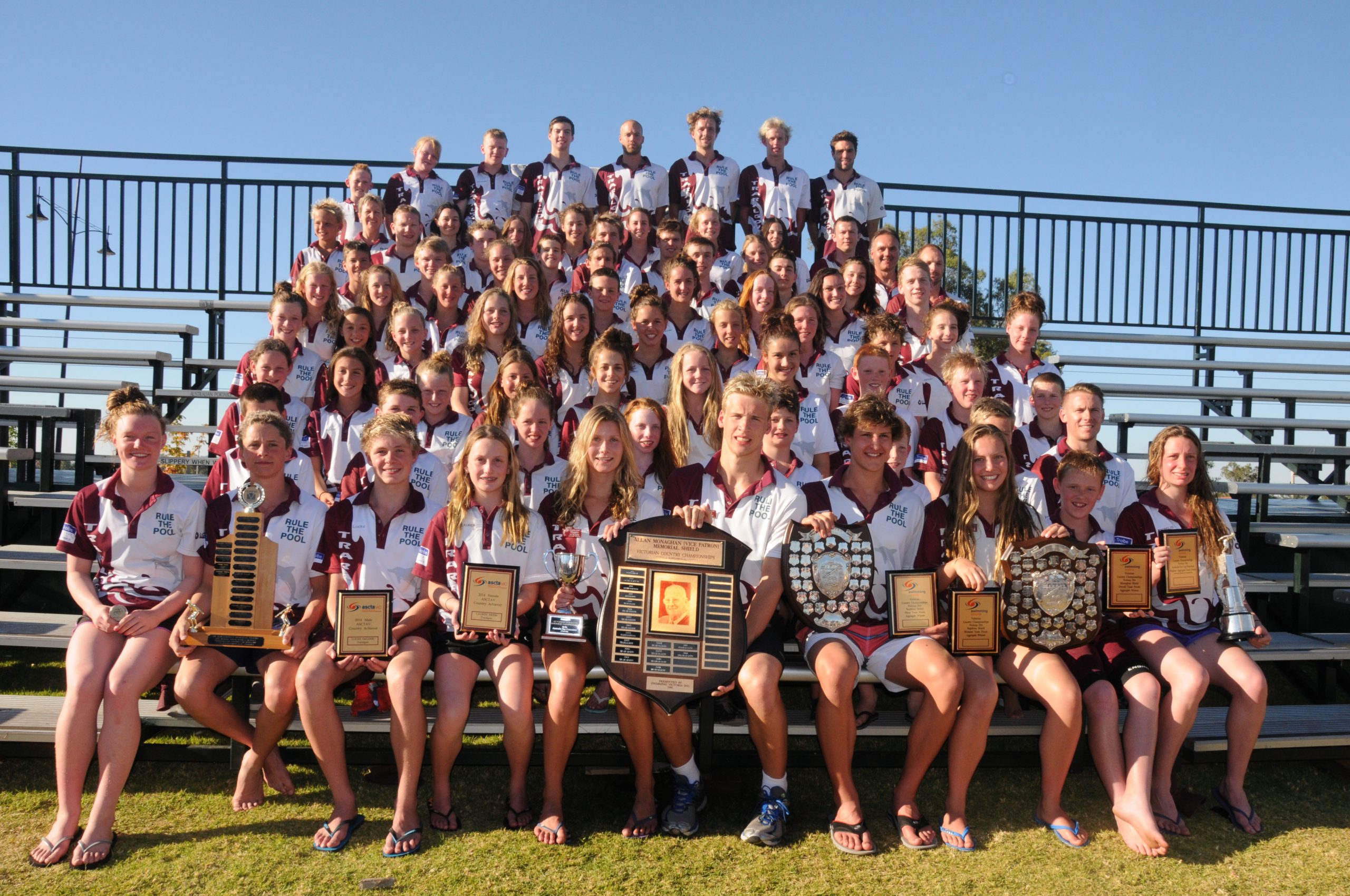 The win marked the club’s 14th in 15 years and was among the biggest margins on record, with 88 Traralgon swimmers combining to dominate the meet.

Georgia Tsebelis won the ‘swimmer of the meet’ accolade for the highest points score by any athlete, male or female.

Georgia edged the award from national age champion Isaac Jones by two points after saluting in her last individual swim of the day.

The 16 year-old competed in all 14 individual events (heats and finals) and four relays over the three day program for a return of seven gold medals, one silver, two bronze and four event records.

Not to be outdone by his big sister, Alex Tsebelis (13) won the Rob Godfrey Award for highest point score by a swimmer 13 or under.

Alex won gold in all five of his 13 and under individual events and set three event records.

Emily Beecroft (14) also tripled up on gold medals to go with one silver in multi-class events.

Meyer (20), who trains at the Australian Institute of Sport, won all three breaststroke events and broke two event records, while Ashby (25) won the 50 metre and 100 metre butterfly events, breaking two event and out-of-Gippsland records in the process.

Collins (18) won two 18 and over gold medals in the 50m freestyle and breaststroke, and Ford (25) claimed bronze in the 200m individial medley and 50m backstroke.

Traralgon’s swimmers now prepare for the Victorian State Sprint titles on 8 and 9 February while the juniors have the All Junior trials on 16 Febraury at the Traralgon Outdoor Pool.