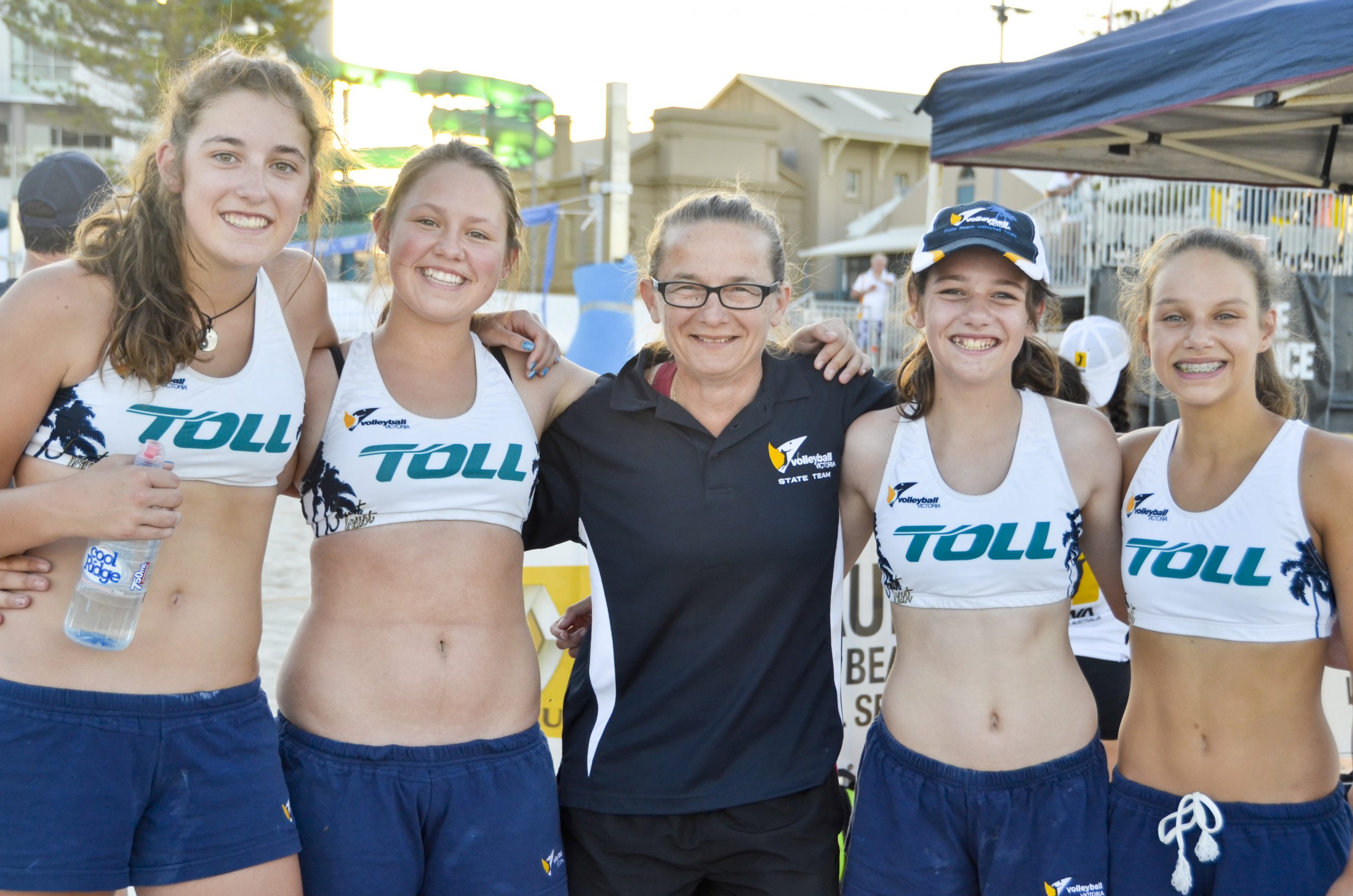 GIPPSLAND was instrumental in Victoria’s success at the National Junior Beach Volleyball titles in Glenelg last month, providing eight athletes – three of which returned with gold medals – to its state teams.

The under 15 Victorian outfit featured six Gippslanders, forming a third of the squad, including the Latrobe Valley’s Bronte Scott, who captained the team, Alice Shaw and Ainsley White.

After finishing third in the round robin, the girls found their feet in the finals, winning both matches in straight sets and thumping Western Australia two sets to love in the gold medal match.

The girls were forced to overcome extreme 42 degree heat and a subsequently disjointed schedule to achieve the result.

In the under 15 boys, Gippsland and Latrobe Valley was represented by Linus Rodda (captain), Jack McIntosh and Darcy Dorwood.

In a side that had three members eligible to play again next year, the boys competed strongly in each game and showed marked improvement over the course of the week, culminating in a win over a tough WA side to finish fifth.

Latrobe Valley star Darcie White returned for her second year at the titles, and Maffra’s Meg McIntosh competed in the under 17 girls competition against the best of the best from across Australia.

Both predominantly indoor players proved their pluck on the sand, helping their respective sides finish in the top 16.

Latrobe Valley Volleyball president Brian Scott was delighted with the efforts of all local players on show.

“The results are testament to the strong junior program in Latrobe Valley. These players are part of the strong Phoenix and Warriors club development programs and get to ply their skills at the Moe junior competition each week,” Scott said.

With all eight athletes having come through the Gippsland Sports Academy, GSA head coach Dan Higgins said the result was reward for their efforts in the program.

“This is what we are preparing our junior athletes for through the Academy program,” he said.

“We build on their basic skills to help them understand what it takes to become an elite athlete, to prepare them for state and national teams.

“These results demonstrate the strength of the GSA program and the quality of athletes we are bringing through.”