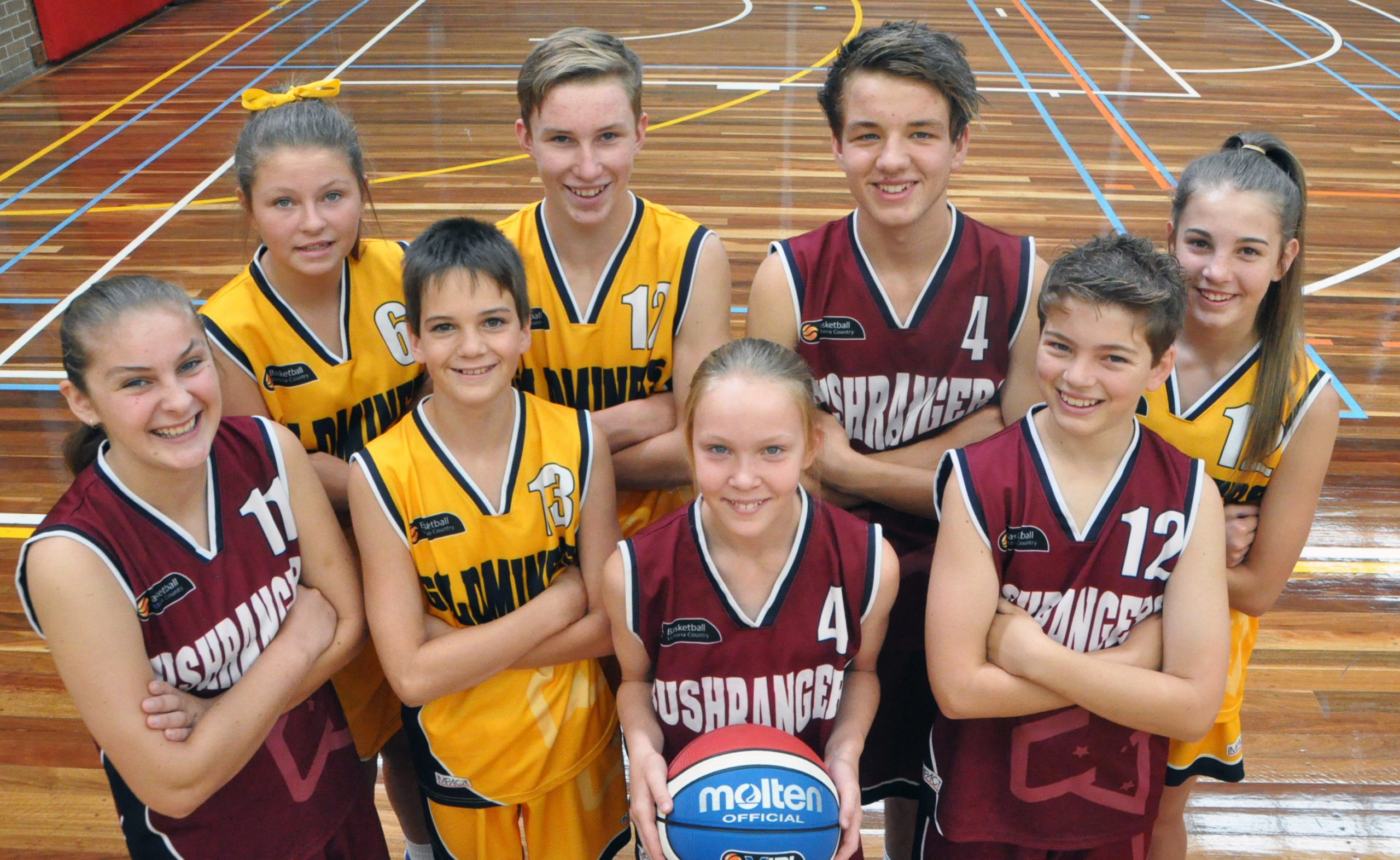 Jazmin Shelley (under 15), Brock Smith and Ellie Coutts (under 14) pulled on the yellow Victorian Goldminers singlet at the SCC, playing against sides from South Australia, Western Australia, Victoria and the Australian Capital Territory.

Jazmin was among the stars in the Goldminers’ win over South Australia metro, scoring 10 individual points in the fixture.

Ellie’s under 14 side won two of three matches in its pool to advance to the division one conference, where it ran third with one win from three games.

With 31 points from five matches, Ellie was one of the Goldminers’ most consistent performers.

Brock was impressive for the boys, notching 22 points against the ACT in the pool rounds.

The side went on to finish fourth in division two.

The ACJBC featured Brittney Stapersma, Charlize Bird, Finn Walker and Ben van Dyk in the under 14 Bushrangers, while Rhys Anderson played in the under 16 side.

The under 14 and 15 athletes were selected from the Regional Academy to attend the Gold Nugget camp in Bendigo.

From there the top 20 girls and boys were selected in each age group to attend the SCC.

The next 20 boys and girls were chosen to attend the ACJBC.

Rhys was picked in the final under 16 squad following his performance at a two-day camp in Shepparton with more than 80 players.