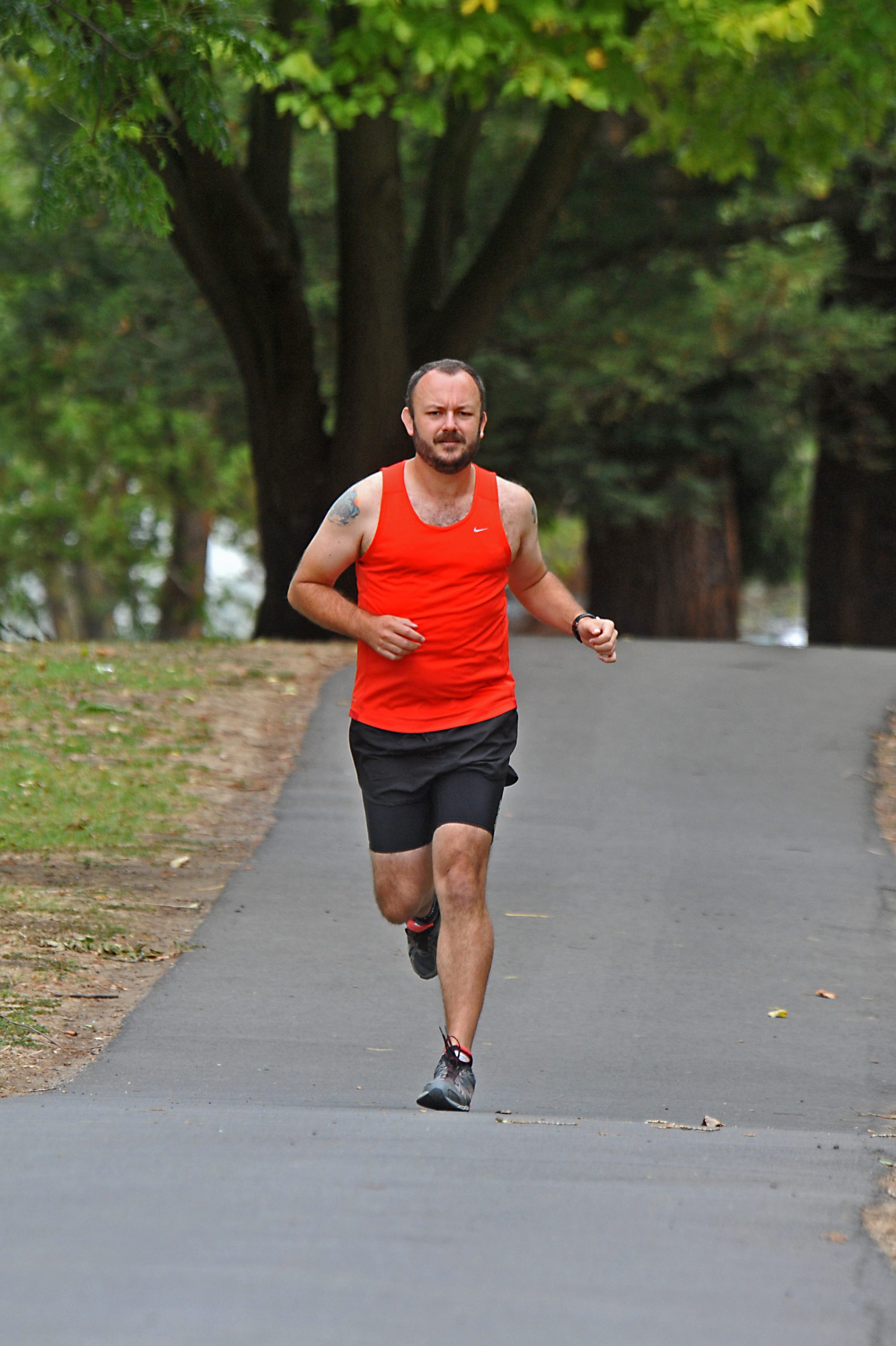 Do something about his weight, or start sleeping with a breathing pump.

Weighing in at about 120 kilograms, with high blood pressure and symptoms of sleep apnoea, Albon heeded the warning.

He began trimming down through diet, but something was missing, and he soon turned to exercise as a supplement.

“I did the whole no carbohydrates thing and that was extremely boring, so I started looking into exercise about February 2013,” Albon said.

The 34 year-old took to walking, then jogging, before the Traralgon Harriers 2013 Community Fun Run turned his life around.

“It was the first time I had run with anybody let alone a big group… and I just got bitten by the running bug because it was competitive and I didn’t realise running could be competitive.”

After that half run, half walk around Kernot Lake, Albon began entering runs across the region and Victoria.

He completed the 10km distance at ‘The Age Run Melbourne’ and Traralgon Marathon, and is now training for 15km and half marathon distances.

Not only has Albon lost some 25kg, he has shed countless bad habits along with them.

“I was never really that energetic… when you don’t have that much energy you don’t feel that happy at any stage, you just want to sit back on the couch,” he said.

“My problem was having a few beers each night and really unhealthy food, and that pretty much sets back your whole night.”

“Everything is turned around – not just physical health but mental health, professional relationships, everything,” he said.

Currently gearing up for his second Traralgon Harriers Latrobe City Community Fun Run and Walk this Sunday, Albon said it was a great opportunity for others to follow his lead.

“The amount of people that did that and were walking half of it like myself… and kept going and can now run the 5km… in a quick time (is amazing),” he said.

“The boost you get to your self-esteem is quite impressive.

“There’s nothing to stop anyone doing it.”

Following the Fun Run, the new Harrier’s goals are to bring his times down and finish his first half marathon around the two hour mark.

The dedicated runner’s efforts have also seen him return to team sports for the first time in eight years.

Albon is back on the soccer pitch at Churchill, where he could not keep up in his 20s, and may be lapping a few blokes come season’s end.

For more information about the 2014 Traralgon Harriers Latrobe City Community Fun Run and Walk or to register online visit www.traralgonharriers.org.au

Registrations prior to Wednesday go in the draw to win a range of prizes including an iPad mini.

The run will be held at Kay Street, Traralgon on Sunday starting 9am.