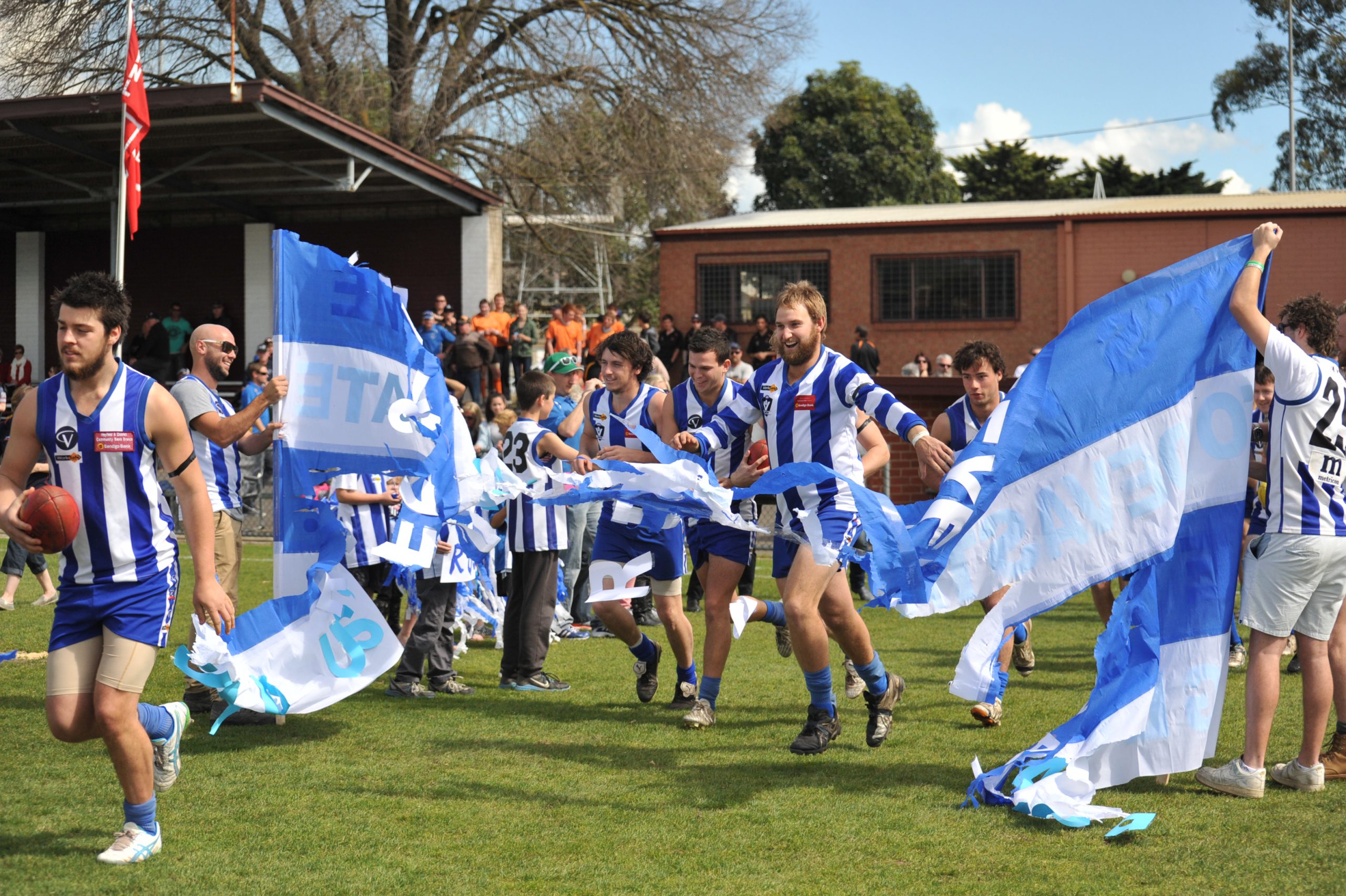 UPDATE: Leigh Brown has pulled out of the Heyfield v Cowwarr match with a hamstring injury since the time of print.

GIPPSLAND Power coach and former AFL Collingwood premiership star Leigh Brown will return to the club where it all began this weekend, when he pulls on the Kangaroos strip for Heyfield’s clash with Cowwarr.

Having made his senior debut against this week’s opponent, Brown is looking forward to getting back to his grassroots and giving something back to a club and community that provided endless support during his career at the elite level.

“I have always planned to go back at some point and was pretty close last year; it has worked well this week with the TAC competition having a league bye for development week,” Brown said.

“I’m looking forward to going back home and having a run around where it all began, I actually played my first senior game for Heyfield against Cowwarr.

“Growing up in Heyfield, the town and footy club’s support has been unwavering over the past 20 years from people buying raffle tickets when I made the under 12 Victorian squad; the community support has been outstanding throughout my career and I hope that I can give something back.

“Others like Mark Stevens, Damien Guengerich and Adrian Cox have set the tone by coming back to the club to play and I would like to think that I am keeping the tradition alive by doing the same thing.”

Eager for the contest, Brown played down his potential impact, noting he had little match practice since retiring from the game in 2011.

“Ideally I would like to play a couple of games, I have played two past players matches since retiring in 2011 and they were a little bit Mickey Mouse,” Brown said.

Developing the stars of the future in his role as head coach of Gippsland Power, Brown has trained on several occasions with Heyfield and has been able to pass on his knowledge of the game to some of the younger members of the team.

“You can pick up on some of the little things that can help the group, if you can give them one, two, three things that they can do better it all helps,” he said.

Tapping on the door to the top five the Saints’ credentials will be tested when they host Brown and a red hot Heyfield line up which has been ruthless in its disposal of opposition sides.

Failing to claim the points in round six, the Saints will need to up the ante to compete with the competition’s number one ranked side, which has taken no prisoners in a railroading crack at the title.

If Cowwarr can exploit the home ground advantage it may put it in good stead to seal back-to-back wins.

With its season humming along Rosedale will meet Woodside, a team on the improve and marching up the ladder.

The Wildcats have levelled their season ledger at 3-3 and sit sixth, but round seven will provide them with yet another big test.

Followers of the league would note the Blues have been sublime with all aspects of their game falling into place in a formidable combination.

Coach Nick Leechino noted there are still several areas in his side’s game plan that need tweaking to account for the benchmark teams of the competition.

“We were disappointed that we didn’t get over the line against Heyfield and Glengarry, but we have learnt a lot out of the two losses,” Leechino said.

Noting his side’s ability to finish strongly in the six matches to date as a positive, Leechino is also conscious of his side’s slow first halves to matches.

“Of the six games we have really finished strongly, but what we are looking for is consistency across the board rather than a strong finish; we want to pull this together for the full four quarters,” he said.

“It’s hard to pinpoint exactly what it is, the fitness is there, the guys are working hard, it just comes back to getting consistency across the match.”

Blowing the game apart in the second half against the Saints, the Blues can ill afford to afford to offer the Wildcats the same luxury.

Yarram will play host to Boisdale/Briagolong with both coming into the contest on the back of losses.

Returning to their home turf where they remain undefeated, the Demons will be a tough opponent for the Bombers who will be keen to record their second win of the season.

Last year’s finalist is sitting at the lower end of the premiership ladder standings without a win and must take the points in Saturday’s cut throat clash to ensure it remains in the hunt.

Conceding a comfortable quarter-time lead last Saturday, the Bombers have shown glimpses of solid form over the last three weeks, however their ability to maintain intensity and shut down opposition sides when the game is there for the taking has escaped them.

It will not be any easier against the Tigers. It was five weeks in the making, but the rendition of the Gormandale song last Sunday afternoon has scarcely been sung with such gusto following the Tigers’ first win in a trying month.

In their current form the Tigers will pose a threat to the Bombers.

With their wings clipped in round six Glengarry will be eager to rebound on home turf which has been a happy hunting ground this year.

It will be a tough assignment meeting the second placed Sale City, which at near full strength is shaping to be a formidable opponent.

With a 5-1 win loss ratio the Dogs are set to lay a claim to a top five finish come season end.

CHURCHILL has the BYE.