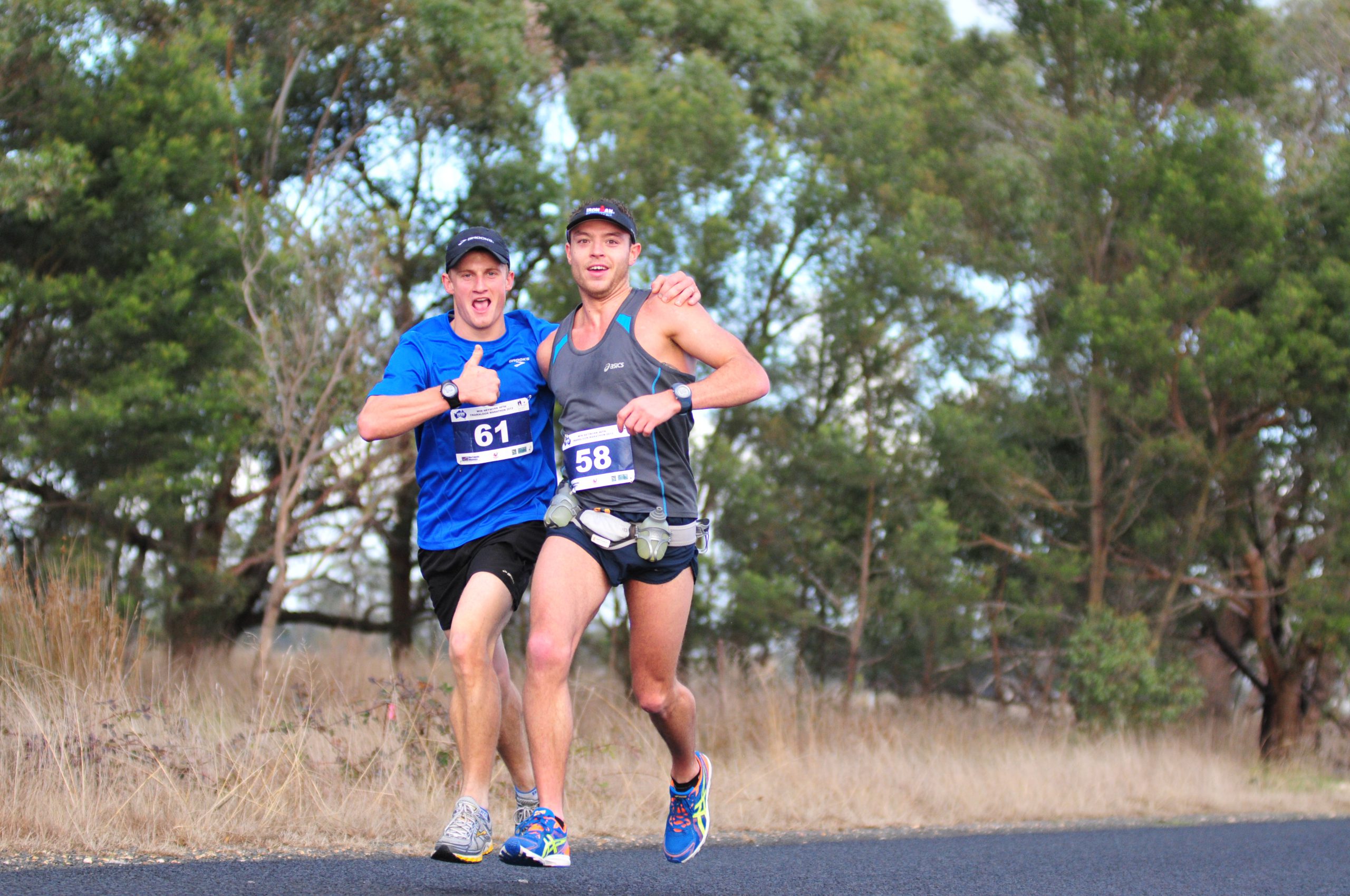 LAST year’s podium battle between Cameron Hall and fun-run rival Dion Finocchiaro is set to reignite at the Traralgon Marathon and Running Festival this June.

The pair led the 2013 run from the early stages, relaxed and chatting away, but splintered after the 30 kilometre mark when it became apparent no-one could catch them.

Hall ultimately edged Finocchiaro by one minute and 19 seconds, and will now return with the intent to repeat the dose.

After failing to finish the 2012 Traralgon Marathon, which he entered at the encouragement of seven-time champion John MacKenzie, Hall stepped up his game, running over 130 kilometres every week, and returned the following year to make amends.

The former Traralgon half-marathon champion said winning was not his first thought, only finishing.

“I came back because the year before… I did not finish, so I wanted to come back and have a bit of redemption on the course, not necessarily win, but have a better day than DNF.”

Cheered on by Mornington Athletics legend and clubmate Con Butkho, Hall found his rhythm to take the title in Traralgon, which he described as “the best marathon course” out of the seven he had completed to date.

“It’s probably one of the best courses you can do… going back off last year it was awesome to win,” he said.

Wanting to impress his club mentor, Hall managed to crack a significant mark with his time of 2.39.55.

“I wanted to be one of the first runners to get sub two hours and 40 minutes from our club in about 20 years or so, so that time bracket was a big thing,” he said.

The 25 year-old from Carrum Downs has one goal in mind this year – win again.

“I think the main drive is to come back and win the thing,” he said.

“Definitely come back and defend the title, I know Dion is coming back and has run a few of the longer ultra distances so I know he’s in pretty good shape… it’s going to be interesting.”

Targeting four to five marathons per year, Hall said the discipline would only lose its appeal when he felt he went 100 per cent from start to finish without lapses.

Until then, expect to see Hall strive for even greater heights.

“You train really hard for them but I haven’t mastered one yet; every one I’ve done I’ve had a window of 10 or 15 minutes where I’ve had a bit of a lull,” he said.

“It makes you want to come back and do better, until I’ve had one of those days where I’ve smashed it the whole way I’ll probably keep going until I have that day.”

The running festival will feature a full marathon, half marathon and 10km solo and teams event starting from the Traralgon Tennis Association on 15 June.

Hall, a former middle distance and fun run champion, encouraged everyone to take part in whichever discipline suited their fitness.

“Have a crack, don’t put it off any longer, if you want to train and do an event go for it now,” he said.

For more information or to register visit www.traralgonmarathon.org.au