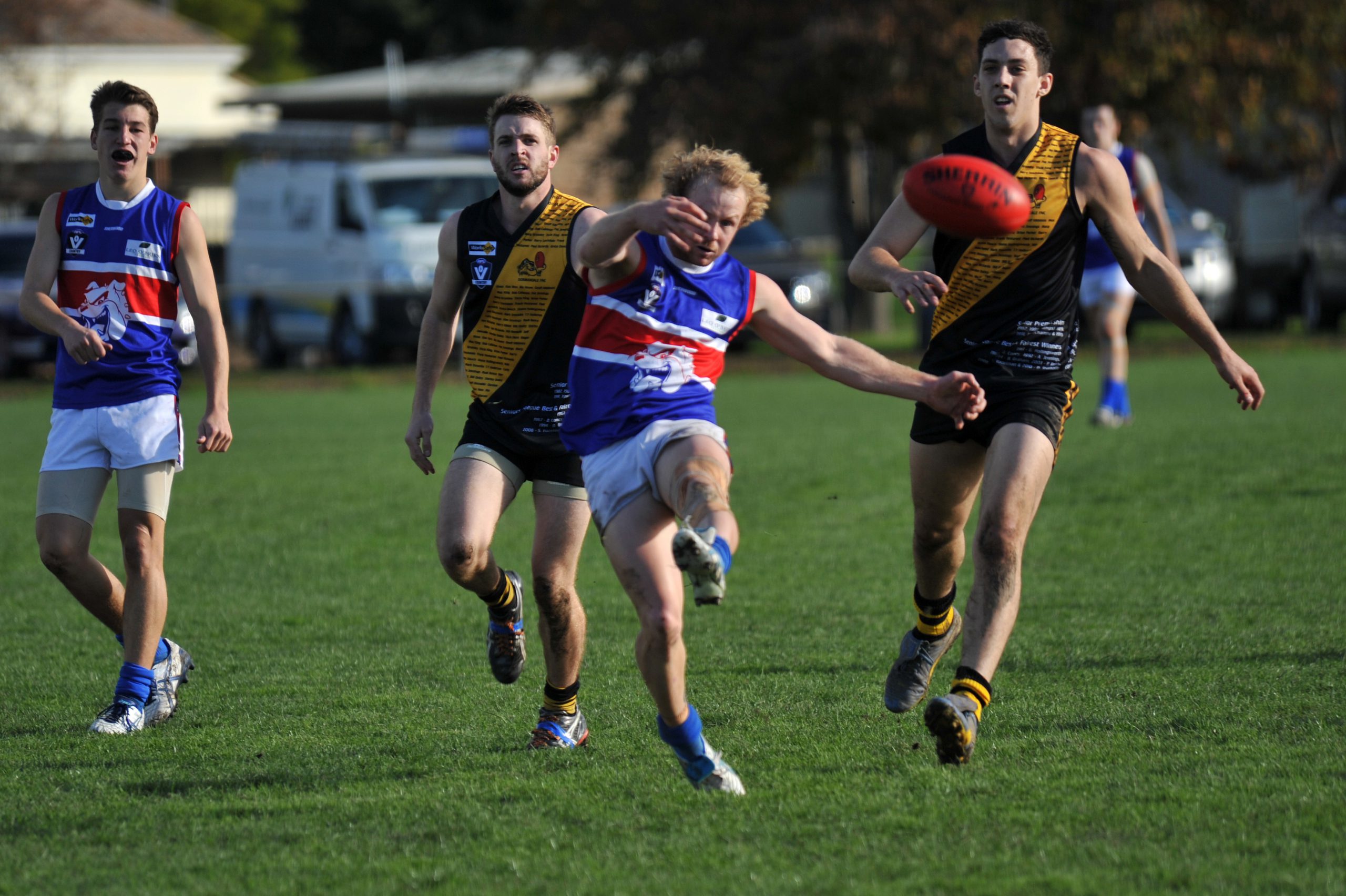 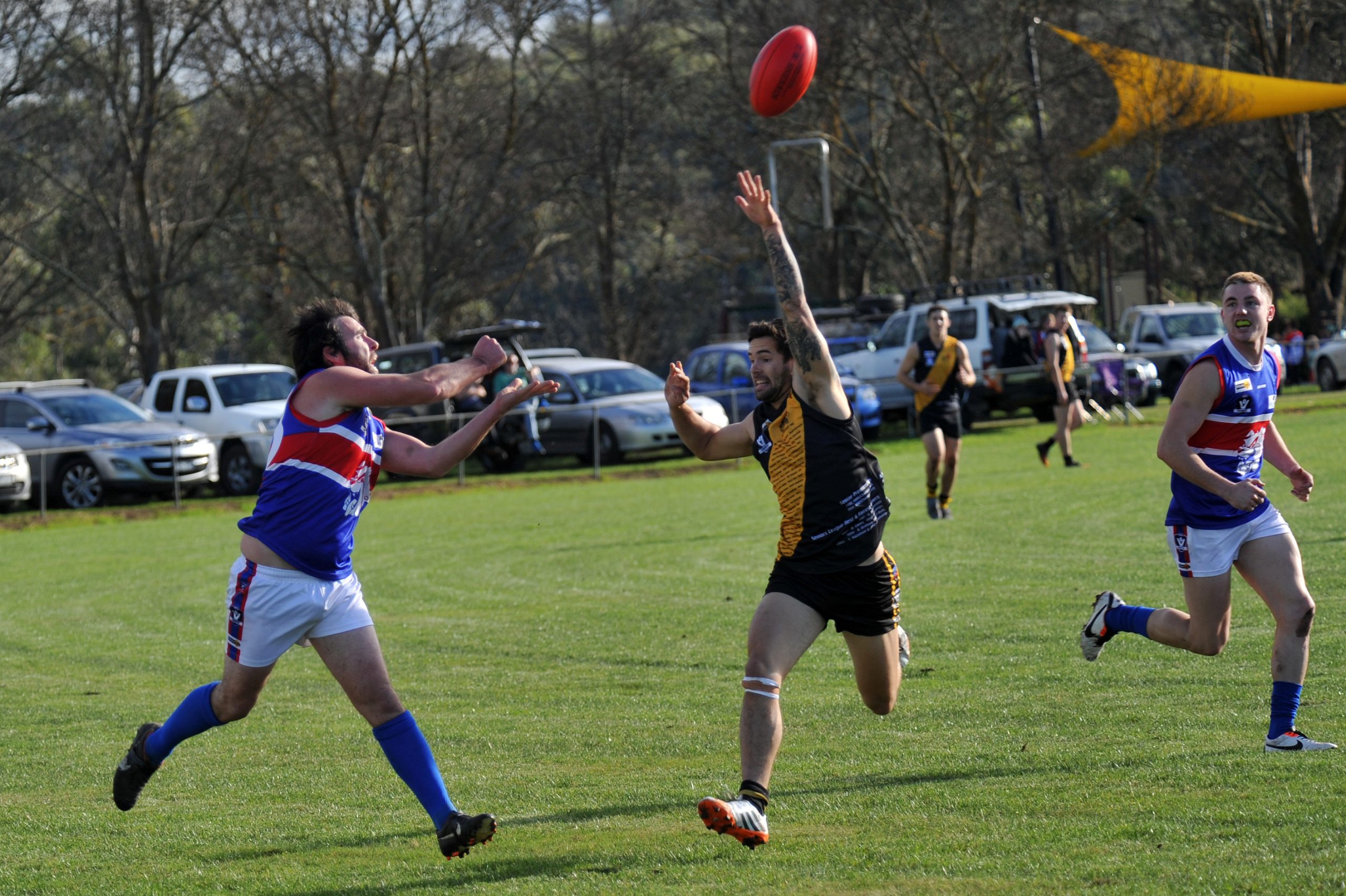 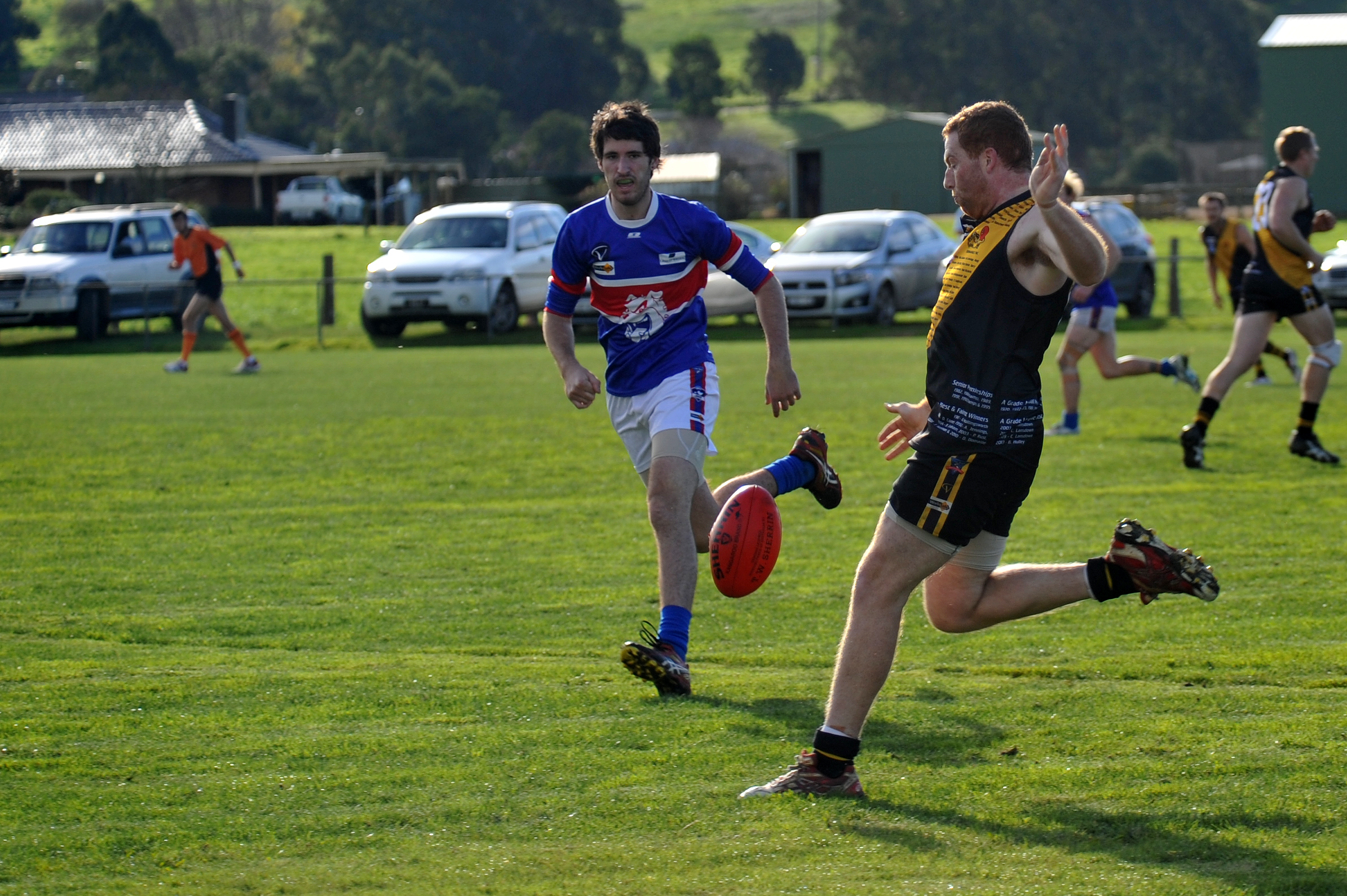 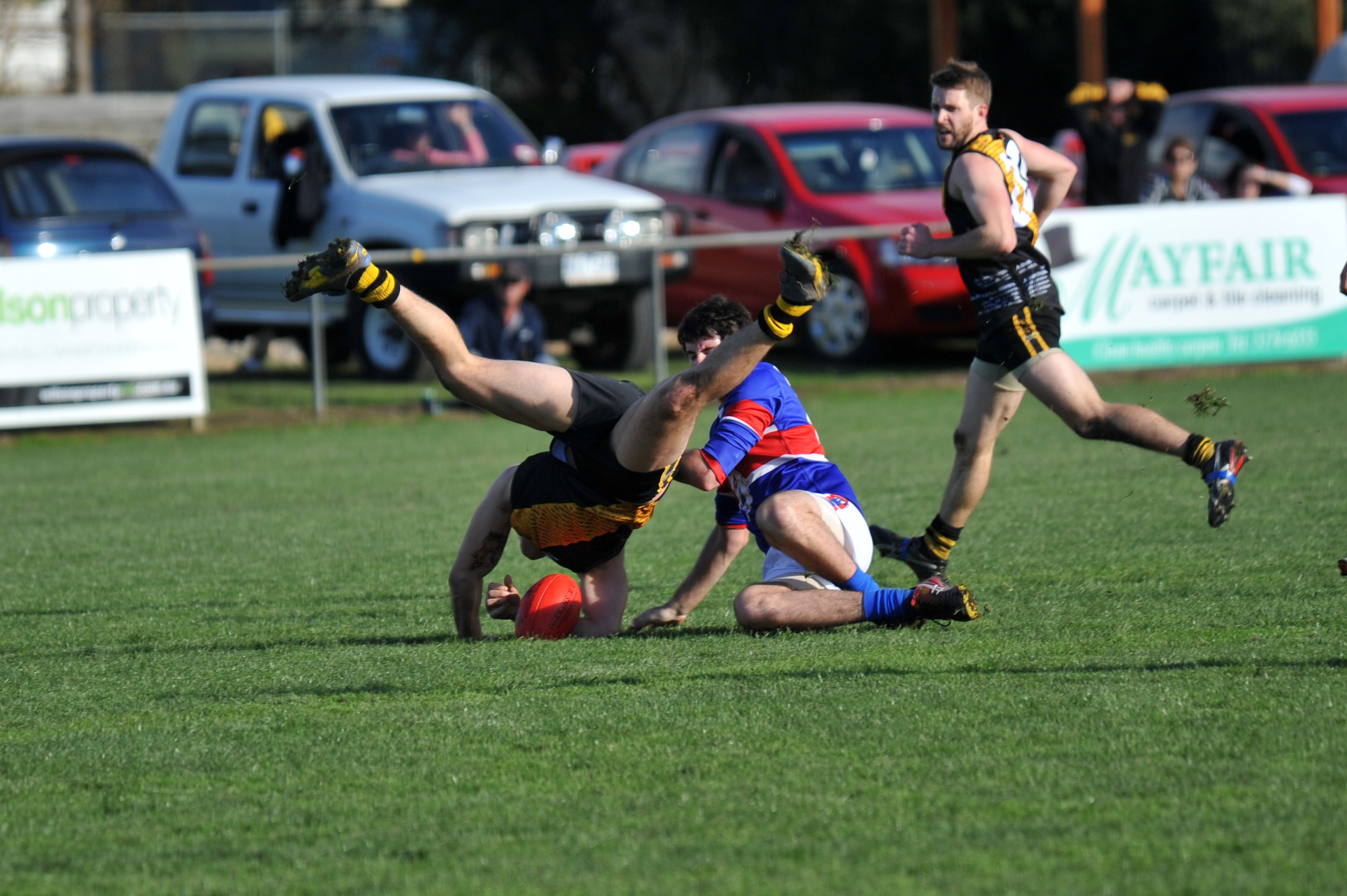 CHURCHILL enhanced its premiership credentials on Saturday, catapulting into second position after a 39 point win over Rosedale in North Gippsland’s match of the round.

In the clash between second and fourth the Cougars ran rampant from the outset.

The in form side of the competition flexed its muscles in front of goal and marked its intentions early.

Holding the Blues to a mere goal in the opening half of the contest, Churchill displayed superior ball use and moments of brilliance to run away 13.13 (91) to 6.16 (52) victor.

Churchill kicked the first two majors and were on top, with ruckman Andrew Brown feeding the ball to midfield generals Travis Brighton and Chris Williams, who got on top of the contest early.

They took on Craig Mayman, Rowan Diamond, Dale Fleming and company, but with more influence.

The Blues had their chances early with Luke Stuckey and defender Scott Johnstone missing set shots, while at the other end of the ground it was a different story as Brad Knowles and Brendan Holt converted with ease.

Inflicting a furnace of pressure on the opposition, the Blues found themselves smothered as Churchill’s intensity and tackling caught Rosedale’s runners out time and time again.

Down by 22 points at the first break, Johnstone endeavoured to open the home side’s account, but his shot at goal added to a long list of behinds.

Fleming did not let the size of Brown daunt him and chased the ruckman down in a superb piece of play that sparked his side.

With play concentrating in Rosedale’s forward 50, it did not take long for the side to capitalise, with Andrew Flanagan sneaking the Blues’ first through some five minutes into the second term.

But as quickly as they had scored, Hamish Towns and Holt combined to add another for the visitors.

When the Cougars lost possession they were disciplined, setting up a zone defence and filling space, forcing Rosedale to bomb it long to Will Flanagan who was kept in close check by James Hayward.

The second half was a more even affair with the Blues grinding away at the scoreboard, but the damage had been inflicted earlier with poor execution and finesse robbing the home side of the points.

Churchill registered the first of the third term before Rosedale drilled home the following two.

As they had done all day the flurry of majors was answered by one of Williams’ two for the contest as emotions ran rife in a heated close to the quarter.

The sides went goal-for-goal in the final term.

Rosedale’s Brad Scott and Fleming scored, but it was Campbell’s major for Churchill, tight on the boundary from outside 40 metres, that was the pick of the bunch.

FOLLOWING a winless month, Gormandale caused one of the upsets of the season as veteran forward Paul Richards booted six majors to vanquish Sale City.

The Tigers caught their more fancied opponent off guard to lead the contest by 10 points at the first break.

The Dogs rallied in the second term to boot three goals to nil and put themselves back in the contest.

Led by Mitch Bennett, who booted seven majors, the Dogs turned a 10 point deficit into a three point advantage at half-time.

The Dogs kept at the home side in the third term as both booted five goals apiece.

The Tigers responded through Richards, Jordon Sandy created something out of nothing on several occasions, while Nathan Brown played his role well.

Leading by eight points with a minute left on the clock the Tigers held their composure to register their second win of the season.

TURNING it on in front of premiership stars of yesteryear, Woodside kept their finals ambitions alive with an 11 goal victory over Boisdale/Briagolong to the delight of the club’s 1974 premiership team.

In a high scoring opening term the Wildcats slammed home six majors and showed no signs of slowing, registering a further five ahead of the long change to lead by more than 50 points.

The Wildcats’ main protagonists in front of goal were Sam D’Argenio (four), Justin Staley (four) and Adrian Fazioli (three), who made the most of their chances.

At the other end of the ground the goals were harder to come by with Sam Howden and Jon Burge booting two apiece.

TRARALGON Tyers United provided Yarram with spirited opposition before the Demons found their groove to break the shackles and record a 25 point victory on the road.

Keeping at arm’s reach the Bombers benefited from the inclusion of a number of key players, including Brian Graham, who challenged the Demon defenders when pushing forward.

A straight kick separated the sides at the first break before Yarram, led by the Swifts, Jarryd and Josh, made their mark in front of goal with the duo booting four apiece.

The honours went to the visitors in the premiership term, when they slammed home six majors to two to establish a commanding 35 point lead.

HEYFIELD led from the outset in the clash between last year’s grand finalists with the undefeated Kangaroos proving too strong for the Magpies, 21.21 (147) to 3.8 (26).

It was a dirty day at the office for the reigning champs, who proved little match for the competition’s number one ranked side.

Held goal less in the opening term, it was a sense of de-javu for the Magpies who failed to again score at the same end in the third term. The Kangaroos had no such issue.

Jesse Bedggood (five) and Joel Dinsdale (four) were two of 11 individual goal scorers for the home side.