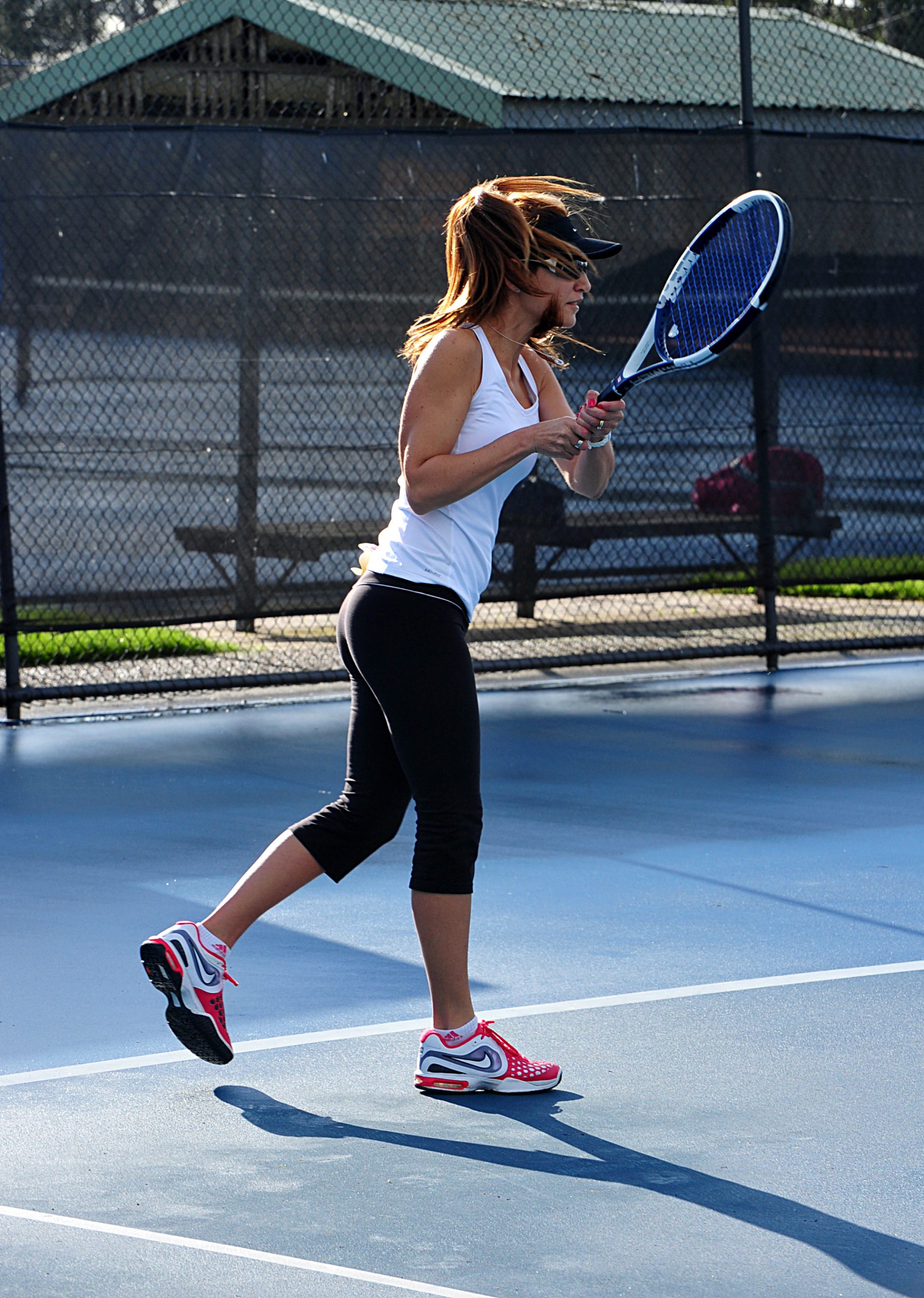 PUMA dug its claws in to hold off Adidas and claim the Traralgon Tuesday women’s tennis silverware in the season finale last week.

Puma hit back through Cheryl White and Zarb Taylor, who scored a decisive win over Adidas’ Marg Carpenter and Miwako Inagi 8-1.

Brougham and White combined well for the next contest to win 8-2.

White could do no wrong and made the going tough for her opponents.

Adams and Inagi closed the gap for Adidas with an 8-2 win, and with two sets to play the set score was level, while Puma held a four-game lead. Elliott and Inagi played fantastic tennis, with well-placed drop shots and excellent rallying to down Brougham and Taylor 8-6.

It all came down to the final tie; Paulet had battled hard all day against her opponent Adams but she saved the best until last.

Alongside White, Adams provided the icing on the cake, taking the set 8-4 and the match for Puma.

Prince and Fila qualified for the grand final in style and both teams looked ready for a tough match.

The first two sets went one apiece before Fila gained the upper hand in the third and fourth sets.

Prince’s middle match slump vanished and it rediscovered its mojo, winning the last two sets 8-6 and 8-4.

White was the player of the finals series and also took out the season aggregate award.

The players choice award, which is voted on during the season by all team members each week, was won by Maho Terasaka.

Terasaka will be missed next season, with plans to return to Japan permanently at the end of the month.

Tennis resumes with a social day on 15 July.

All players wishing to enter the next competition need to have their names in by this day.