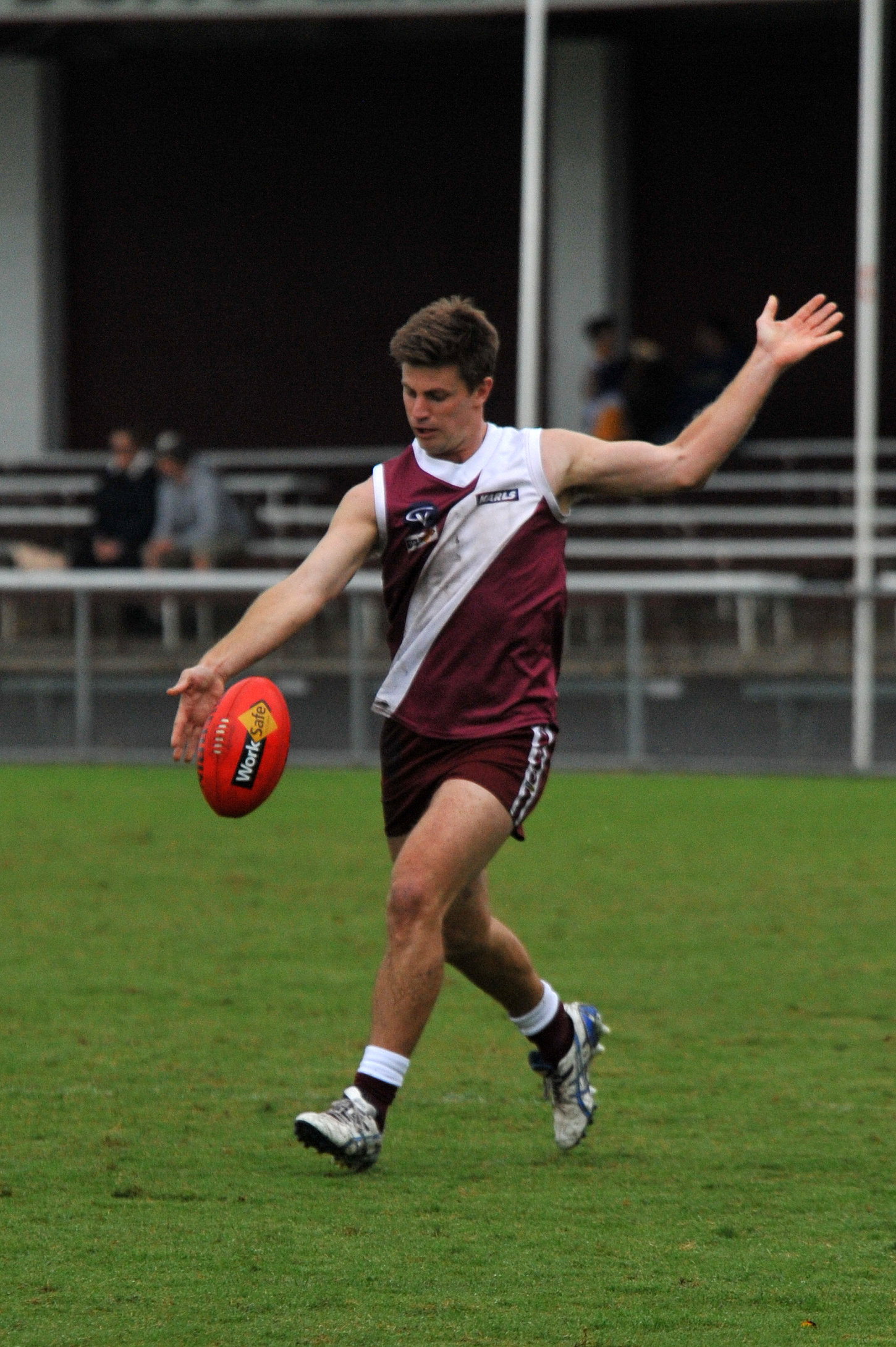 MAFFRA has all but ended Traralgon’s Gippsland League finals hopes, with a nine-point win at Traralgon Recreation Reserve on Saturday.

With their season on the line, the Maroons fought tooth and nail, and one goal and seven behinds in the final term ensured they finished with six more scoring shots than the visiting Eagles.

Maroons coach Paul McCulloch said it was the story of his side’s season.

”We had our chances and that’s how we analysed it,” McCulloch said.

”We had a real run on with inside-50s in the last quarter and I thought our midfield won overall, but Maffra deserved to win, they did what they had to do.”

Traralgon started brightly and led by four points at quarter-time.

The open contest continued in the second term, despite heavy conditions, with Maffra taking control and a 13-point lead into the main break.

The sides traded blows in the third term and the Eagles made the most of their chances in the last to seal the win.

Matt Lewellin started on Sheen and Adrian Slottje moved to him later in the game, but the Maroons had no answer to the league’s leading goal-kicker, who took his season tally to 81.

“They use him well, they gave him a lot of space and he’s so strong in the air and on the ground. I don’t think he kicked a point,” McCulloch said.

The loss left the Maroons six games out of the top five with three rounds to play.

”We spoke about that (Saturday) night, we have to win every game and another club would have to fall over, probably Bairnsdale, but we’re not going to put the cue in the rack,” McCulloch said.

Maffra went into the game with its own finals spot uncertain, but closed within two points of third-placed Wonthaggi with the win.

Eagles coach Wayne Butcher said knocking Traralgon out of the running was a welcome by-product.

”We rushed about five points in the last quarter, so it wasn’t quite what the scoreboard showed, but we were happy to get the four points down there,” Butcher said.

“(Traralgon’s) form hasn’t been that bad. It was a hard slog and they played some good footy and I’m glad we won’t have to play them again.”

Returning key defenders Sam Bristow and James Huts got through the game unscathed as Maffra builds towards finals.

The Tigers roared out of the blocks with an eight-goal-to-two-behind opening quarter – a feat they repeated in the third term -and kept the Gulls goalless for the day.