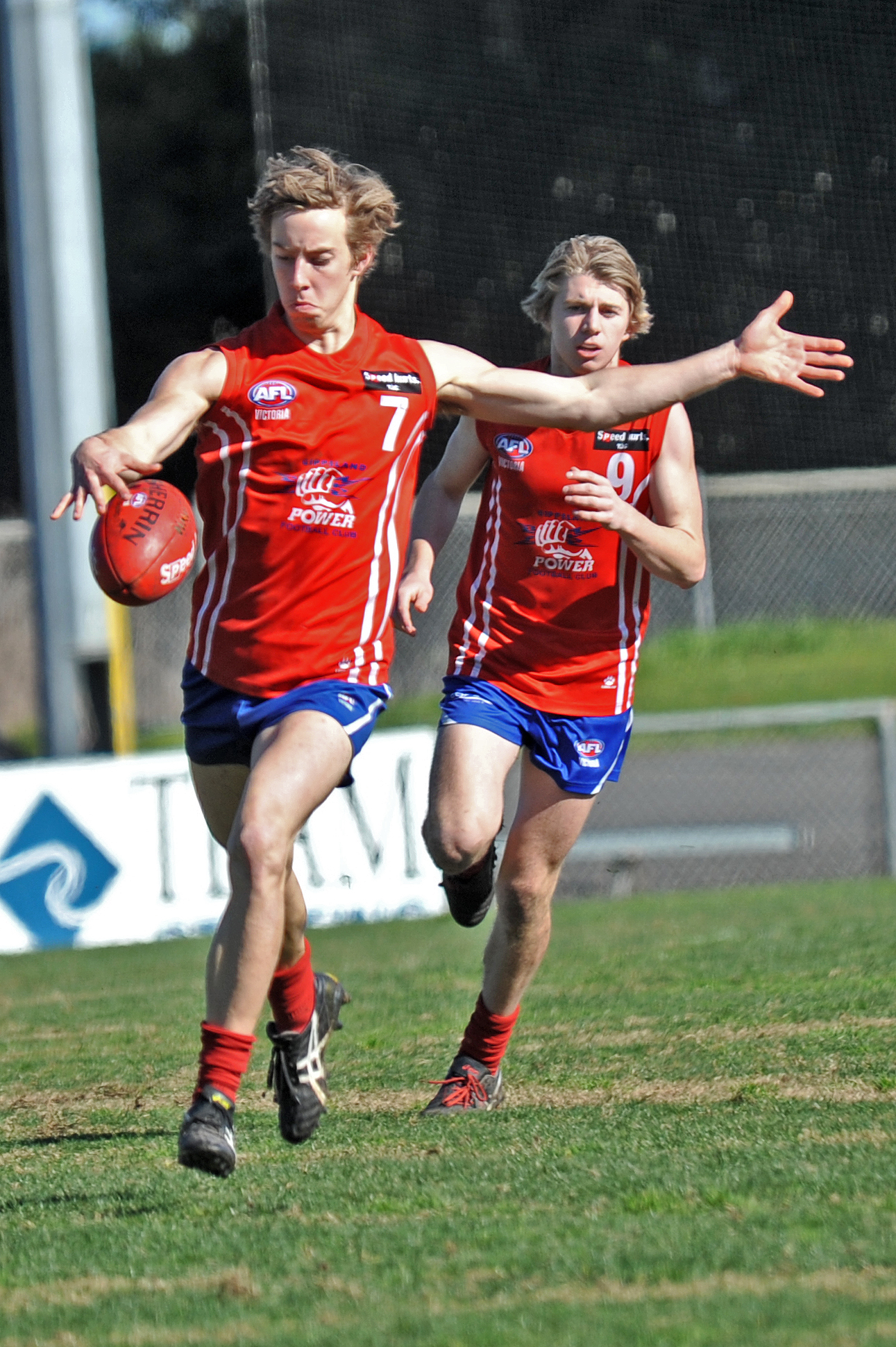 THREE Gippsland Power guns will press their case for an AFL berth in October, after being selected to attend the National Draft Combine.

Traralgon pair Jordan Cunico and Christian Buykx-Smith, along with Lakes Entrance left footer Lukas Webb, will travel to Etihad Stadium for four days of testing in the hopes of emulating Power alumnus Jack Leslie, who last year went to the Gold Coast Suns as a first round pick.

Backman Buykx-Smith was something of a bolter, having missed a bulk of the TAC Cup season and national championships due to stress fractures.

Power talent manager Peter Francis said it was uncommon for players to be recognised after missing Vic Country duties, but Buykx-Smith was a special talent.

“You have to be fairly talented to get a look in but obviously he has a fair few attributes they like,” he said.

“Six foot four and a true backman, he loves to play down back, he always has… you don’t get many kids that really like playing back but he does.

“Very quick closing speed when defending but can go forward and play a key role at centre half-forward or full-forward, he can go either end of the ground.”

Buykx-Smith has just returned to the Power line-up after two seasons plagued by injury, but Francis is hopeful his fitness holds out through to draft testing, where he should fare well with a sub three second 20 metre sprint and superior stamina.

Fellow Traralgon invitee Cunico is another with explosive speed and staying power, who went under 2.9s in 20m testing at Power this year to go with a near 15 in the beep test.

Hovering around the 6″1 mark, the graceful midfielder has the versatility to fill almost any role, from half-back or half-forward to wing or on ball.

“He can go anywhere and he’s so good overhead, you could even play him in a key position role, he’s a very nice footballer,” Francis said.

“He has all the attributes that they look for, he’s really brave overhead, he takes a beautiful mark.

“He’s a really smooth mover, beautiful skills on both sides of his body, kicks the ball magnificently, he’s very quick… but a big motor as well.”

Webb created plenty of buzz in the final game of the national championships, where he kicked four superb goals against Western Australia to capture the imagination of recruiters.

The half-forward drew high praise from Francis for his booming left boot.

“He just absolutely has a left foot to die for, probably one of the best kicks I’ve ever seen,” Francis said.

The club is hopeful of having a number of players selected for the state draft, which will be announced imminently.

To be invited to the National Draft Combine, players must be nominated by a minimum of six AFL clubs.