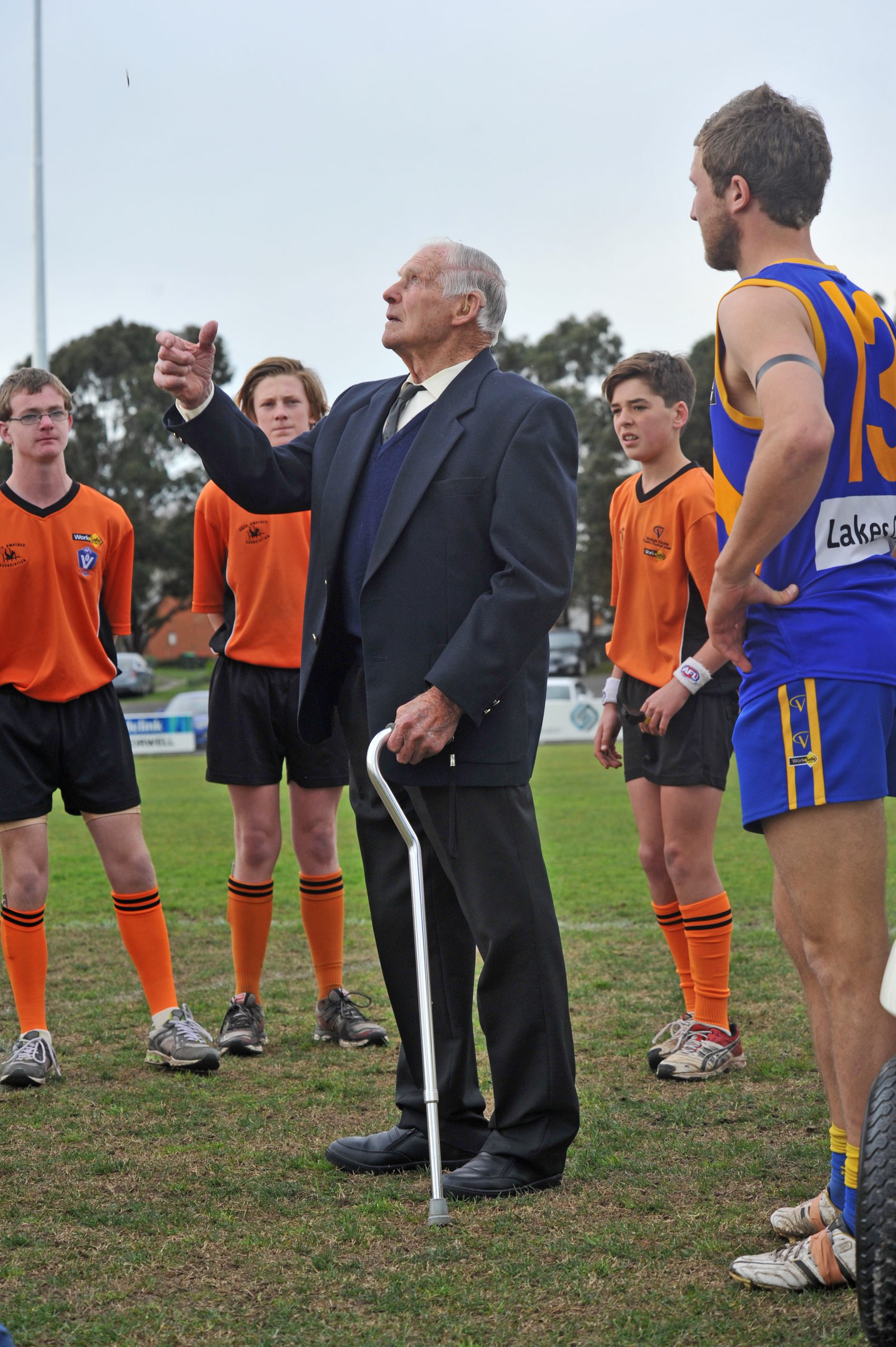 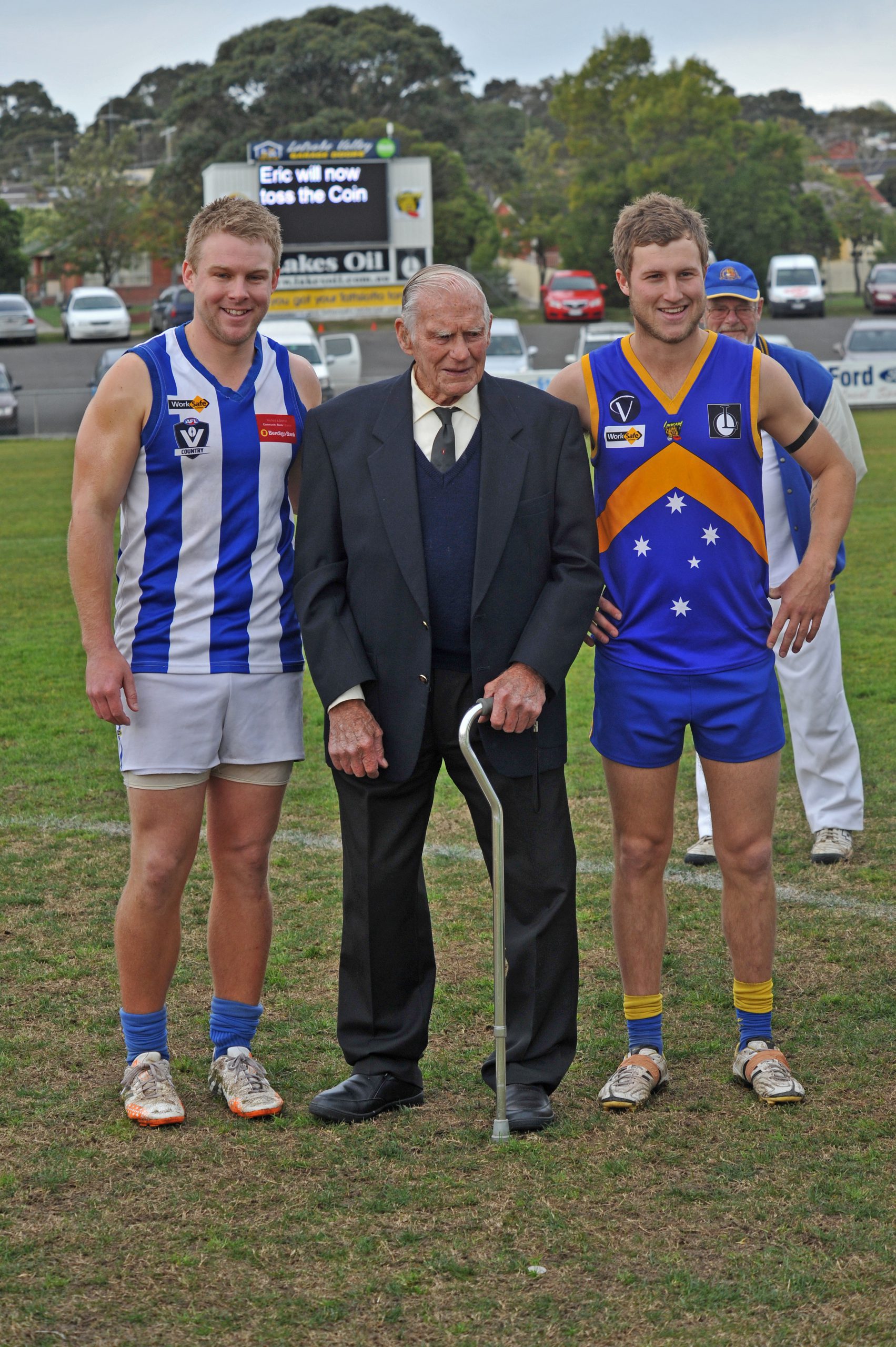 LIFE member, past coach and president, 200 gamer and premiership player Eric Rowley has done it all at Churchill Football Netball Club.

Despite hanging up his boots close to 56 years ago, Eric is still an astute judge of the modern game and a regular spectator at Gaskin Park, where on Saturday he tossed the coin prior to the senior game on his 100th birthday.

The Rowley name is entrenched in Churchill Football Netball Club history with Eric’s sons, Bill and Barry as well as grandson Shane all involved as either players or officials.

Eric’s path to Churchill is an interesting story in itself.

With a love of football evolving at an early age, Eric started playing the game with Rosedale State School in the early 1920s.

Due to Rosedale and Cowwarr state schools having small enrolment numbers, they combined teams and during Eric’s time at Cowwarr the side was never beaten.

In 1930 at age 16, Eric joined the Morwell second 18 side where success was not as regularly tasted. After a winless season it took until the last match of Eric’s second year to sing the team song for the first time.

The win was ever so sweet – accounting for the minor premiers by one point – and Eric said “you’d have thought we’d won a premiership”.

Morwell capitalised on the winning feeling, claiming a couple of premierships in the next three years. During this time Eric was invited to trial for Carlton, and over the following two to three years also tried out with the then South Melbourne Football Club.

However, life circumstances prevented him from making a fist of the AFL.

“At that time you had to have a job as well and work was scarce as hens’ teeth so I let the opportunity lapse,” he said.

When Eric first started playing senior football he often walked to Morwell but always managed to get a ride home.

He continued to play football apart from a break of two years on account of the war.

In 1946 Eric was asked to help form a football team at Hazelwood, and agreed on the condition that he be allowed to use local players only.

Eric recalled “my clearance from Morwell was granted on condition that I qualified for finals”.

Left to do all the groundwork, Eric rallied the locals together to give them a taste of competitive football.

Apart from three or four who had played before, the rest were about 24 years of age and had not kicked a football since school. Among the highlights in the club’s first season was the defeat of Yallourn, the side that finished on top and won the premiership, while Hazelwood ran fourth.

Eric coached for two years before losing the top job, in what would be the start of the ‘foreign legion’ with many “non-locals” coming to the club.

“I still think those two years of giving the locals something to look forward to were the best two years of my career,” he said.

Aside from a 12-month break Eric continued to play until 1956, and enjoyed another chapter in his decorated career at the Heyfield fixture on Saturday.