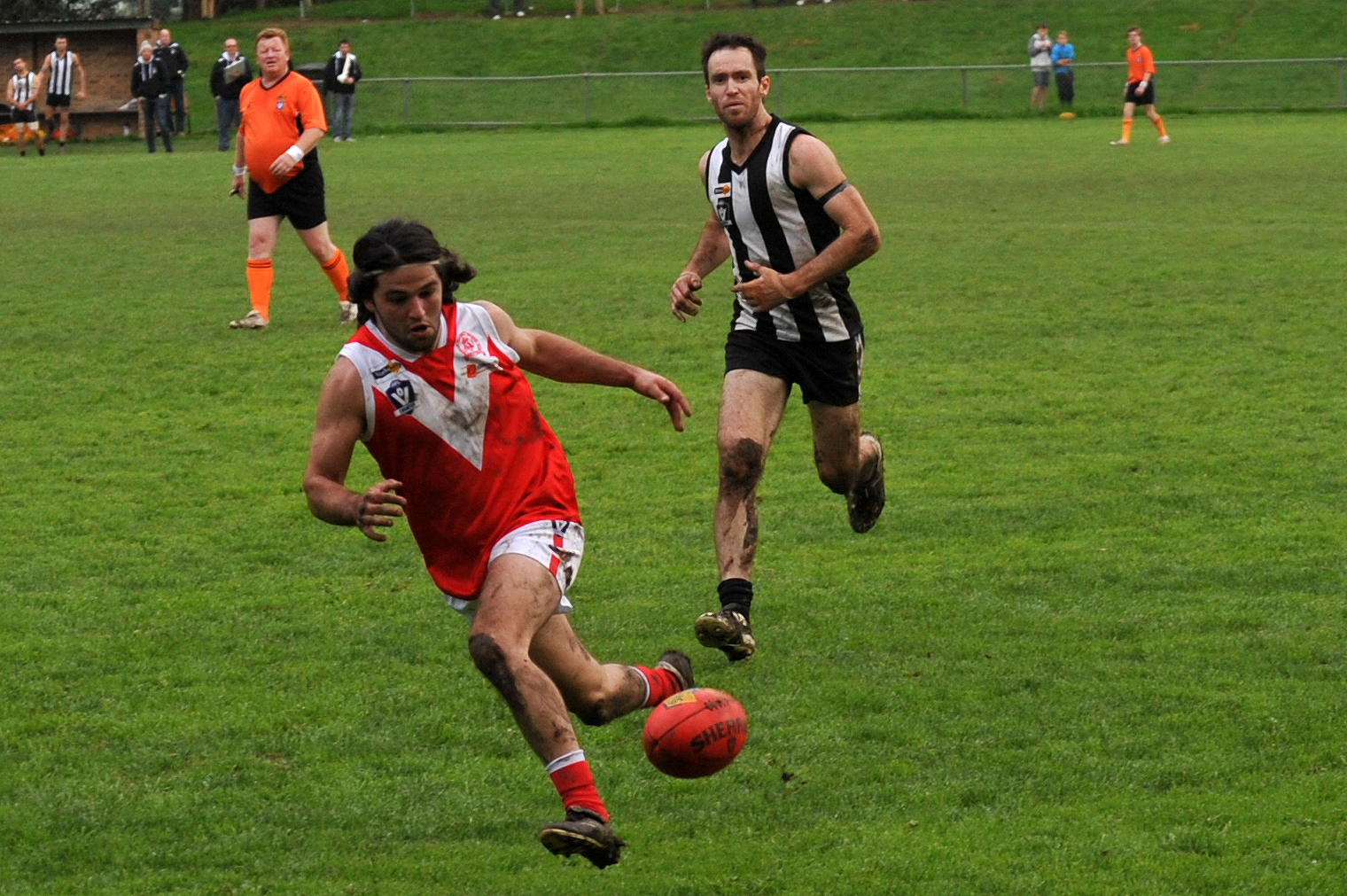 AS the North Gippsland football season draws to an end, six clubs will bow out of the 2014 premiership this week.

Just like last year, the final round of the home and away season holds great significance, with the stage set for an enthralling end to an action packed 20 rounds of competition.

Saturday will be a pseudo-elimination final for two sides, which will fight it out for the last remaining place in the top five.

A mere .72 per cent separates Woodside and Yarram, who have drawn the top two clubs, Heyfield and Churchill respectively, to round out the draw.

The battle for bragging rights could well boil down to who can lose by less if the favourites hold firm.

For the bottom of the ladder trio Boisdale/Briagolong, Traralgon Tyers United and Gormandale, the curtain will fall on what has been a challenging season.

Cowwarr and reigning premier Glengarry will also play for pride in round 20.

GUARANTEED finalists Sale City and third-placed Rosedale will meet on the eve of the playoffs in a fitting blockbuster to conclude the regular season.

It has been an indifferent month for the Dogs, who will return to the finals fold after sitting out last season’s campaign.

Contesting a number of enthralling contests in past years, this one is set to be no different.

Boasting dominant ruckmen, dynamic forward lines and experienced midfields, both outfits will be keen for a hard hitout before tackling the finals series.

Beaten by 26 points in round nine, Sale City will not provide Rosedale with the same luxury second time around, and on current form it would be hard to look past the Dogs to level the ledger at one apiece.

CHURCHILL had its winning streak of 10 derailed against a dynamite Heyfield outfit, and will look to get back on track this week against a Yarram side with everything to play for.

The Demons watched closely from the sidelines last Saturday to get a head start on planning for the Cougars, with a win likely to see them through to the five.

Churchill cruised home by 19 goals in their last encounter, with 12 individual scorers testing the Demons’ back six.

The Demons can ill afford to allow the Cougars such a commanding margin, otherwise they will watch their finals ambitions fade before their eyes.

With plenty at stake Yarram will provide spirited opposition with one last throw of the dice in a bid to make a North Gippsland finals debut.

UNDEFEATED Heyfield will return to home turf to host Woodside, which will be out to cause the biggest upset of the season and cling on to fifth position.

After watching their end of season ambitions flash before their eyes in the final round of 2013, with a kick after the siren relegating the Wildcats to seventh position, coach Chris Pettitt is fully aware, “there are still a lot of things that need to happen” for the big cats to make it into the five.

Pettitt can take comfort that just four goals separated the sides back in round nine.

However, on that day Justin Staley was the Wildcats’ main man in front of goal, and with a question mark over Staley’s finger injury the coach will be looking to the past fortnight’s star performer, Ryan Foat, to again stand up on the big stage.

But it will take more than one individual standing tall; all 22 players will need to rise to the challenge to overcome the all conquering Roos and book a berth against Sale City in the knockout final.

THE future stars of Boisdale/Briagolong held their own while getting a taste of senior football this season, with many youngsters injected into the line-up during the season,

In the final round the Bombers from the eastern end of the competition will face their namesake in Traralgon Tyers United.

Failing to back up its breakout season with a return to finals football, TTU will be eager to seal a fifth win in what has been a lean year.

But TTU faced stiff competition from Boisdale/Briagolong last time around, with the challenge mounted by best on ground Jon Burge and Danny Pratt who booted three each.

Only a six-goal haul from Jordon Anderson salvaged the result for TTU.

With both clubs hungry for the four points in their swansong match expect a dogged contest.

DESPITE the respective rankings of the combatants, the stage is set for an entertaining contest when Gormandale and Cowwarr meet.

Foes from over the hill, there is little love lost between the sides with the win loss ledger in past seasons relatively even.

Despite taking the points in a one sided contest in the opening half of the fixture, the Tigers have shown dramatic improvement over the past month and might just have the Saints’ measure.

After re-signing for his third season at the helm of the Tigers, coach Luke Henderson made known his desire for his side to finish the final month of the season on a winning note, and with victories in past weeks against TTU and Glengarry, the coach would love nothing more than one final scalp.

Glengarry has the bye.